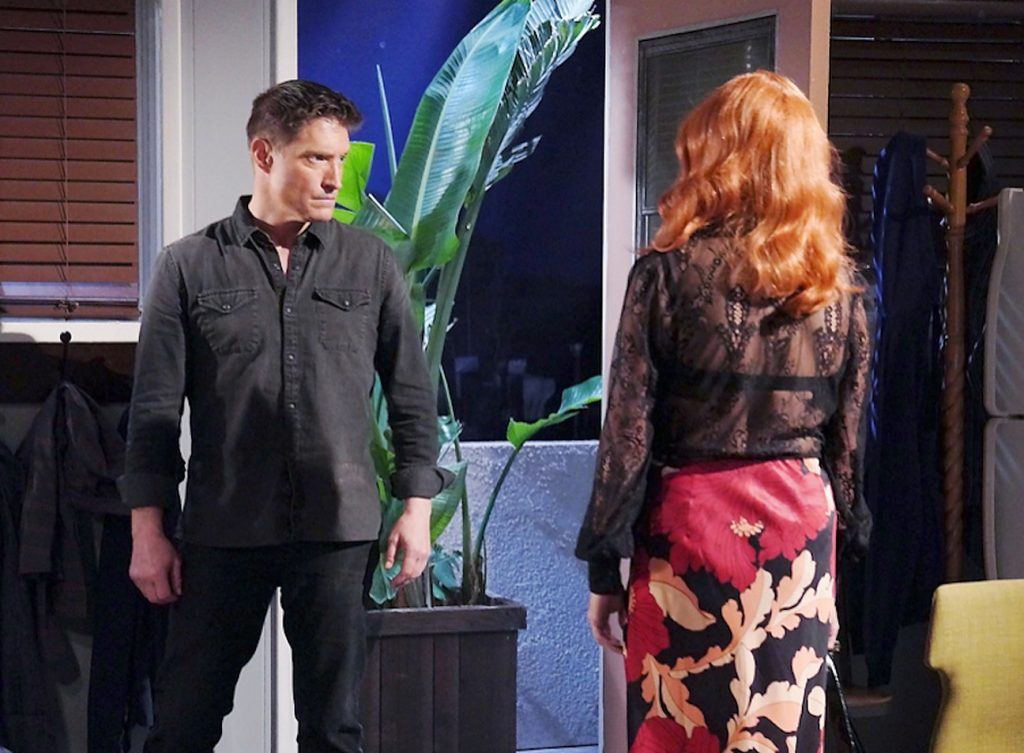 The Bold And The Beautiful spoilers for September 6, 2022, tease that Sheila will sneak out from Deacon’s place. Later, Deacon will assume that Sheila is gone to the cliff house. And indeed, he will be correct as she will lurk outside Finn and Steffy’s home. However, Deacon will block her plan. On the other end, Ridge will be sandwiched between Taylor and Brooke. They both will want Ridge to choose a side. Either with Thomas or with Hope. Keep reading to find what Ridge finally chooses.

On Tuesday, Sheila will sneak out of Deacon’s house in disguise. When Deacon returns home, he will realize that both Sheila and her disguise are missing. Immediately, he will know that Sheila might have gone to the cliff house. And indeed, he will be right.

At the cliff house, “Lina” will lurk outside Finn and Steffy’s house. The moment she sees her son, she will have the urge to go and meet him. However, it won’t be that easy. It’s just Sheila who thinks that the wig and face mask are a good disguise. But in reality, it isn’t, and Deacon knows it too well.

The Bold and the Beautiful spoilers say that “Lina’s” efforts to meet Finn won’t be fruitful. Deacon will pop out of nowhere and block Sheila from going forward with her plan. Of course, Sheila will be furious with Deacon for sabotaging her plan. However, thanks to Deacon that Finn and Steffy can enjoy their time peacefully without the interruption of the red head. Well, the question is, till when? If not now, Sheila will surely make sure that she meets Finn. Whatever it is, chaos is overshadowing Finn and his family.

The Bold And The Beautiful Spoilers: Taylor-Brooke Force Ridge To Pick A Side

Further, on The Bold And The Beautiful, Ridge will be sandwiched between Taylor and Brooke. With the Douglas custody battle going on, both the ladies will want Ridge to pick a side. Fans already know that Taylor wants Douglas to stay with his father, Thomas. On the other hand, Brooke still doubts Thomas’ determination and capabilities. She thinks that Thomas is not ready to take the responsibility of being a father. Brooke is well aware of Thomas’ past. So she also thinks that Thomas is using his manipulative tricks to keep Douglas to his side.

On Tuesday, Taylor and Brooke will ask Ridge to pick a side. However, Ridge has already shown his support for Thomas. So, he will admit that he is on Thomas’ side. Instead of making it a custody battle, If Thomas and Hope could understand each other, it would actually solve many conflicts. Over with Thomas, he will send in a Forrester family dinner invitation to Hope. Hope will accept Thomas’ offer and will join the party. She will, once again, see the place and will know that it is good for Douglas.

In the meantime, Liam will get updates on the invitation, and he will not like it. Stay tuned as B&B will air more twisted and action-packed episodes in the coming week. The Bold And The Beautiful airs every weekdays on CBS. Our website, TV Season & Spoilers, has got you covered for more updates and spoilers.