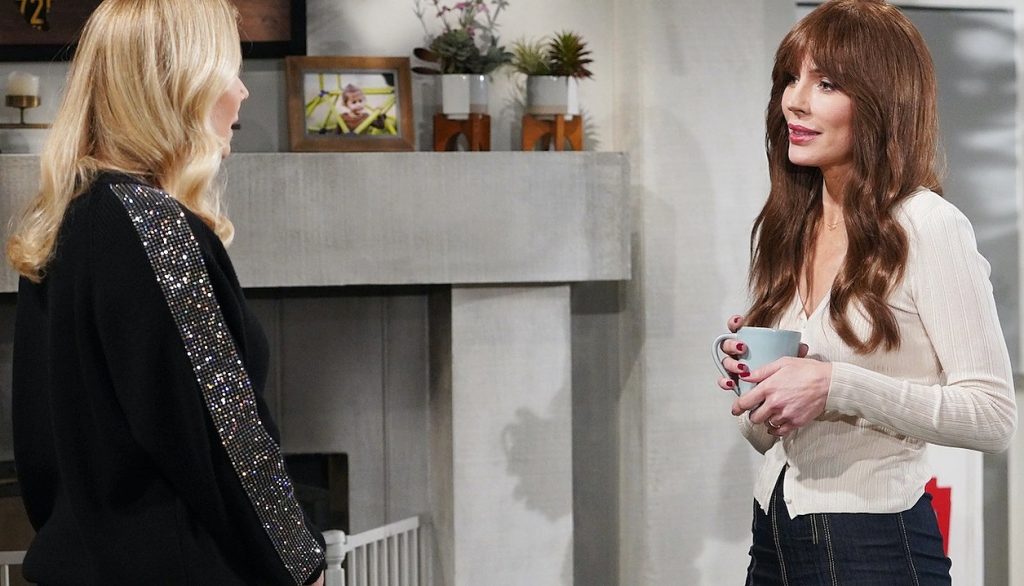 The Bold And The Beautiful Spoilers For The Week August 22-26, 2022: Hope’s Visits Deacon, Brooke-Taylor’s Face Off Turns UGLY

The Bold And The Beautiful spoilers for the week of August 22-26, 2022, reveal that Hope will stop by Deacon’s place. Her sudden visit might actually give her a shocker. In the meantime, Brooke and Taylor will have some disagreements regarding the custody of Douglas. As for Brooke, she will confront Taylor and might question her about the Monaco kiss. Seems like next week’s B&B is filled with surprises and confrontations. Keep reading and find out where the storyline is taking viewers in the coming week.

First, The Bold And The Beautiful spoilers for the week of August 22, 2022, reveal Deacon will lash out at Sheila for tricking him into the bed. During this, Deacon’s parole officer will land at his doorstep. He might have a lot of questions to ask Deacon. However, he will be able to tackle the situation and successfully hide the fact that Sheila is in his house. Later, Sheila will force him to accept that she will be his new roommate. No matter what, he will know that he has already landed in hot water.

After Deacon deals with the parole officer, Hope will pop up at his place. Poor guy has had no rest since Sheila made his house her new hideout. She will come to discuss Douglas’ situation with her father. However, she will be shocked after seeing something. It is teased that she might not catch Sheila but will rather sense the presence of a mystery woman. Later, she might question Deacon regarding this. Looks like his life is slowly turning upside down. It’s not far when it will completely turn upside.

The Bold And The Beautiful Spoilers: Douglas Makes A Decision

With both mother and father wanting to keep him with themselves, it is Douglas’ turn to make a decision. When Thomas told Hope

about his wish to keep Douglas with him, she was devastated. She has loves the kid like her own son. However, she thought that Douglas would never leave her.

On the contrary, the situations tell otherwise. Douglas he will decide to go back to his father in the Forrester mansion. Of course, Hope will be heartbroken. Back with Thomas, he will have a conversation with Hope regarding the custody issue. Later, he will join his family’s celebration.

Over with Brooke, she will corner Taylor and will ask her about the Monaco Kiss. Even though she has forgiven her husband, it looks like Taylor is the target now. She will say that she has not forgotten and will never forget what Taylor has done behind her back.

Adding on to it, the custody issue will also rise up. Fans already know that Brooke was against Thomas getting the custody while Taylor fully supported Thomas. They are yet again poles apart on such a sensitive issue.

Later, Brooke and Hope might have some conversation. Over there, she will inform Hope that Taylor might be using this custody battle in her favor. Brooke might suspect that Taylor is using Douglas’s issue to get back into Ridge’s life. Whatever it is, B&B is going to air more twisted episodes filled with showdowns next week. Till then, watch The Bold And The Beautiful, which airs every Weekdays on CBS. For more information on spoilers, visit our website, TV Season & Spoilers.