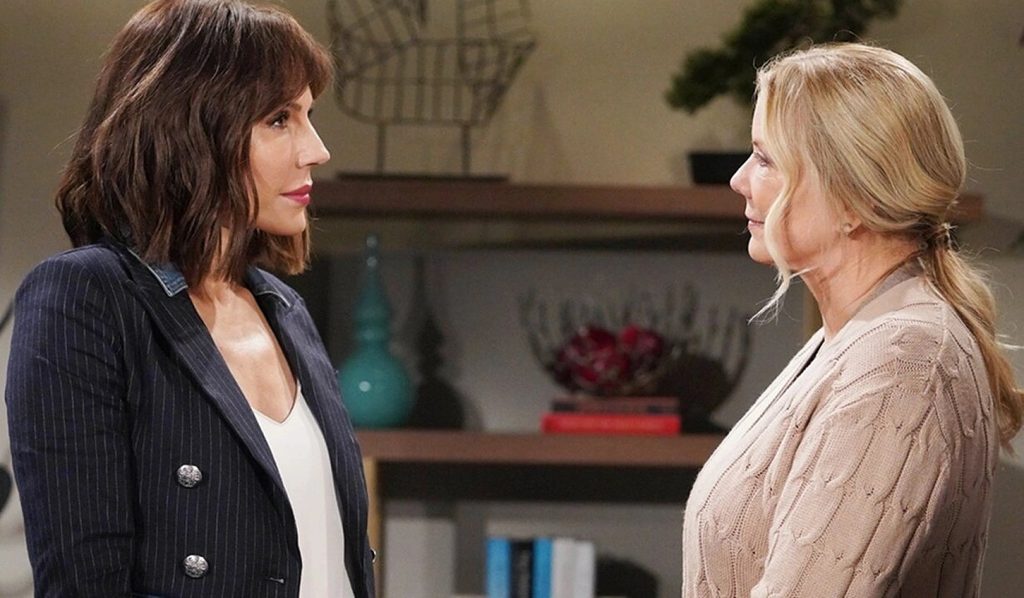 The Bold And The Beautiful Spoilers For The Week Of December 12-16, 2022: Ridge’s Indecisive Nature Kicks In, Taylor-Brooke’s Agreement

The Bold And The Beautiful spoilers for the week of December 12-16, 2022, tease that Ridge’s indecisive nature will kick in soon. He’ll have to decide on whom to choose between Brooke and Taylor. Eric will help his son a bit, but Ridge will have to make the ultimate choice. In the meantime, Finn and Steffy will inform the police, and a huge search operation will begin to catch the she-devil. Elsewhere, Taylor and Brooke will make an agreement as they find common ground. Will this be about Ridge? Keep reading to know what is brewing in B&B next week.

Next week, Finn and Steffy will confirm that Sheila is very much alive and keeping a watch on them. The Bold And The Beautiful spoilers tease that Finn and Steffy will recollect some weird memories where they felt something was really off. As for Finn, he will remember the time when he felt like someone was there in the room when he entered it. Of course, there will be more instances that make Finn and Steffy confirm that Sheila, indeed, is keeping a watch on them. This information and the medical tests run on the toe will make them take a huge decision.

Looks like both will inform the detectives about Sheila’s survival and will ask them to track and lock her up. In the meantime, the news about Sheila’s survival will spread faster than expected, which will stun Sheila. She may feel like the walls are closing in, and she won’t be able to execute her plan. Fans know that Sheila desperately wants to get back with Hayes and Finn, and she is trying to plot again. Finn finding out about her survival was the last thing she ever wanted, so this news will be a complete shocker for Sheila. Deacon is also pressurizing her to leave his house. What will the she-devil do now? We will know that soon.

The Bold And The Beautiful Spoilers: Ridge’s Indecisive Nature

Further on The Bold And The Beautiful, Ridge will be back in town after his soul-searching trip to LA. Even though he went there to have some peace and to clear his thoughts, Ridge wasn’t able to do any of that. His indecisiveness kicked in, and he again got confused as to whom to choose -Taylor or Brooke? Ridge won’t know since he loves both women and can’t leave one behind. So, Eric will come to rescue his son and show him the right path.

Eric has always been a huge supporter of Brooke and Ridge’s relationship, so he will give Ridge a nudge in that direction. However, the ball is still in Ridge’s court, and he is the one to make the ultimate decision. He has to decide on choosing either Taylor or Brooke, with whom he can spend the rest of his life. In the meantime, Brooke and Taylor will reach to an agreement

. Looks like both women will realize that competing for the same man won’t leave them with anything good. So, they will finally find a common ground.

Other spoilers say Taylor and Brooke will decide to stop their competition and wait for Ridge’s decision. Whoever he decides to be with, the other person will accept it wholeheartedly and move on in life. Now Ridge’s decision is the only thing that matters for now, which he’ll have to make quick, or else he might also lose both the women in his life. Stay tuned and watch The Bold And The Beautiful, it airs every weekday on CBS. For more updates and spoilers, visit our website, TV Season & Spoilers.