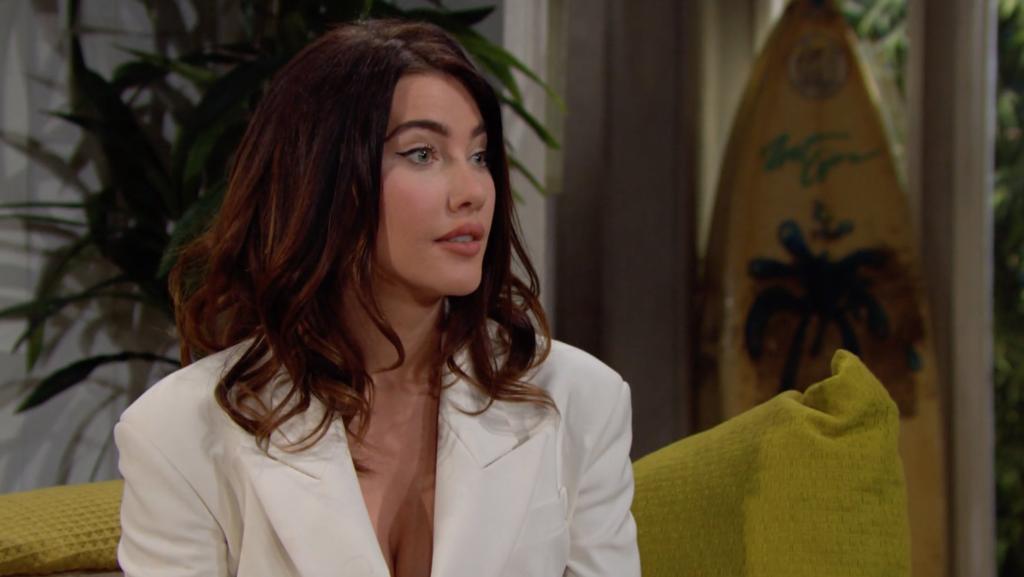 The Bold And The Beautiful Spoilers For Thursday (March 31, 2022): Steffy Is In Danger, Thomas Mull Over His Decision

The Bold And The Beautiful spoilers for Thursday, March 31, 2022, suggest that Sheila will be unstoppable and do something no one has imagined. Steffy will find herself in danger but try to unmask Sheila. Meanwhile, Thomas will continue to battle whether he should expose Sheila or hide the secret. Keep reading to know more.

Steffy Is In Danger

The Bold And The Beautiful spoilers for Thursday, March 31, 2022, suggest that Steffy will spill Sheila’s secret soon, and everyone will know what Sheila has done. Steffy is playing with fire after warning Sheila that she can’t be a part of their family. That left Sheila enraged. At the end of Wednesday’s episode, Steffy looked pale. Despite this, she stood stern against Sheila and appear concerned in the March 31st episode.

Steffy will warn Sheila to stay away from her and will be afraid of something. This will turn intense when Sheila demands Steffy to shut her mouth. Otherwise, she will turn sinister. Sheila might make it clear if anyone comes in the way of her bonding with Hayes Forrester and John “Finn” Finnegan will be removed, including Steffy.

Of course, Sheila will turn rude when she realizes what Steffy has done. She had already told Finn about the plot schemed against Brooke. This shocker will drop in the next couple of episodes.

The Bold And The Beautiful: Thomas Mull Over His Decision

While Sheila deals with Steffy, Thomas will listen to his mother’s confession about how much she loves Ridge. It leads him to make a sensible choice. So now, he will decide whether Sheila was right to hide the Brooke drama or not- since the guilt might hike more than he can’t handle. Nonetheless, he will grapple with Sheila’s mental condition in the upcoming episode.

He will worry about the other tricks she is hiding on her sleeves. Well, Thomas needs to be careful when it comes to Sheila. TV Season & Spoilers will keep you updated. Stay tuned. The Bold And The Beautiful airs all weekdays only on CBS.