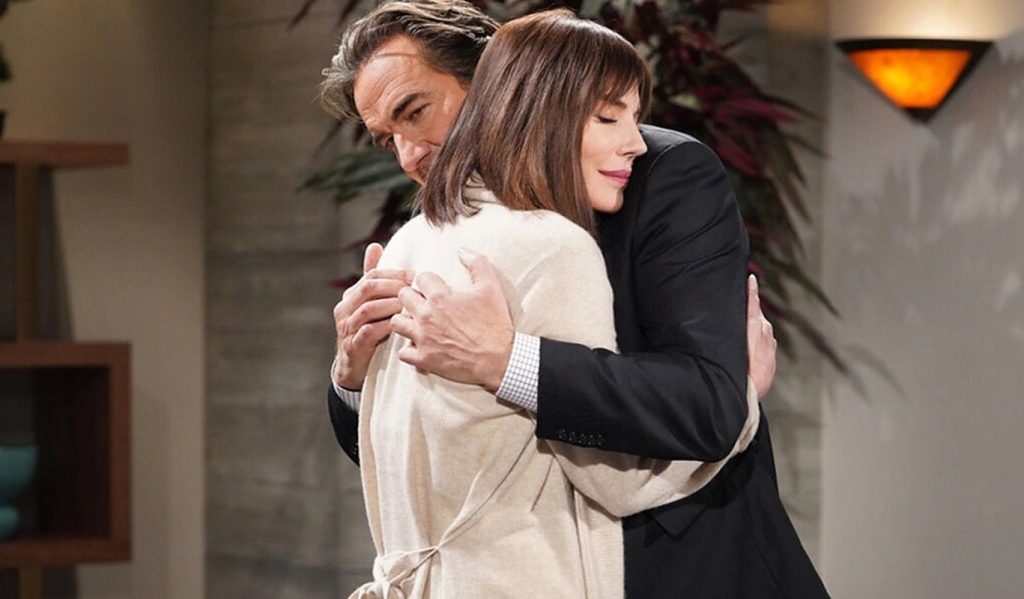 The Bold And The Beautiful Spoilers: Ridge And Taylor’s Marriage Ends Before Starting, Heartbreak And TEARS Coming Up!

The Bold and the Beautiful spoilers suggest that post-Ridge Forrester’s breakup with Brooke Logan, he and doc Taylor are off to getting married. While there have been too many spoilers about where this story is going, there is no mention of Taylor and Ridge really getting married. There have been a number of conversations and speculations. All across social media there are conversation about Taylor and Ridge might not be able to see the end of the wedding. Recently, The B&B producer Casey Kasprzyk opened up about it and revealed what is going to happen next. Here is what the producer had to say.

Taylor And Ridge Are About To Get Married

Fans keeping up with the soap know that Taylor and Ridge have decided to get married. After Ridge’s breakup with Brooke, he decided to have a quick marriage with Taylor. In the recent episodes, B&B viewers got to see Ridge as he proposed to Taylor. He wanted to make things official. The Bold and the Beautiful spoilers suggest that in the upcoming week, as Ridge and Taylor gear up to get married, they will sit for dinner. As the spoilers say, the bride, groom, and their kids, Steffy and Thomas, will go on for a rehearsal dinner. And, that is when Ridge tells everyone the reason for his breakup with Brooke. He will tell his family that he only broke up with her because she called CPS on Thomas.

Now, it looks like this revelation is going to start a series of events in the upcoming days. The Bold And The Beautiful viewers who have been keeping up with the soap know that one thing that Taylor did not want to be was a consolation prize. So, when Taylor realizes that Ridge isn’t marrying her out of love but out of his need to find clarity in mind. Would she want to marry him, nevertheless? Or will this marriage end even before happening?

The Bold And The Beautiful: Ridge And Taylor Break Up

Recently, The Bold and the Beautiful producer Kasprzyk dropped a loaded clue. He revealed that it doesn’t look like Ridge and Taylor’s wedding plan is going to be successful. The B&B spoilers say that Taylor and Ridge are going to get married. But it does not talk about if they really do. There is no mention of them reaching the altar and making it through the whole thing. Die-hard Taylor fans have been very persistent on how they do not want Taylor to end up with Ridge. After all, Ridge isn’t someone who has chosen Taylor in the first heartbeat.

Further, The Bold and the Beautiful spoilers suggest that in some way or other, the truth about Thomas framing Brooke will be exposed

. Now that Douglas knows about Thomas’ deeds, there is a huge possibility that he might speak to one of them. Most likely, he will speak to his mom- Hope Logan and hope that they can hold Thomas accountable for that. If Hope does come to know about Thomas’ deeds, not only will she tell Brooke, but she might also stop Taylor and Ridge from getting married.

Would Taylor Make The Move?

, there would also be uncertainty that would be Brooke. She would always be scared of Brooke trying to win Ridge over.

Whatever the case might be, The Bold and the Beautiful spoilers suggest that the true union Ridge and Taylor are looking for might not be something that they would get. The truth has its way of coming out on soap operas, and Thomas framing Brooke would be one of them. Once Ridge comes to know about it, there is a huge possibility that he would want a way out. Do you like Ridge with Taylor or Brooke? Tell us in the comments below. The Bold and the Beautiful airs on CBS all weekdays. Don’t miss the action. We will soon get to know what happens to Taylor. Stay tuned.