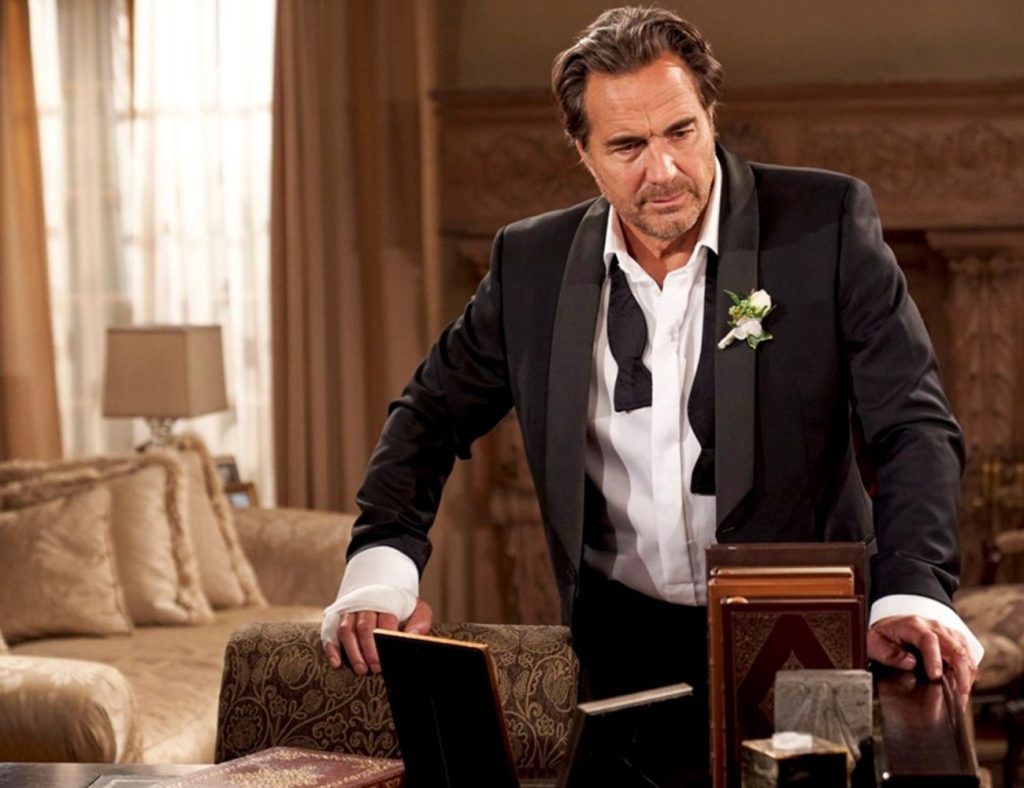 The Bold And The Beautiful Spoilers: Ridge Is OUT? Thorsten Kaye On His Way Out

It seems like Ridge Forrester skipped town on The Bold and The Beautiful after his wedding went kaboom. Surely the man has been through a storm in the previous episodes, thanks to his son Thomas. However, he himself isn’t blameless either. Thus, it seems totally understandable that Ridge has turned away for a breather. Although, his absence from the previous episode has left fans wondering if Ridge will return to L.A. Moreover, a more daunting worry that is making rounds on social media is, has Thorsten Kaye left The Bold and The Beautiful?

A huge showdown was expected on The Bold and The Beautiful upon Thomas’s truth coming out. And the soap was delivered! Not only does Ridge gives a massive rip to his son Thomas, he even gave a piece of his mind to Taylor. However, it’d be highly debatable whether or not she deserved it. For, even though she did keep the CPS truth to herself, didn’t Ridge assure her that his marriage proposal to her wasn’t related to Brooke? So technically, Taylor not telling Ridge that Brooke did not make the call should not be grounds for Ridge leaving his bride at the altar. Moreover, accusing her of all shades of betrayal, while he himself has been lying to her, Brooke, and himself for as long as time.

Later, Ridge lands at Brooke’s home, begging for forgiveness and urging her to take him back on The Bold and The Beautiful. Knowing full well that the woman loves him like crazy and would never turn her back on him no matter what he does to her. However, our heroine proves him wrong this time, she tells him that while he is undoubtedly important to her, her self-respect has to come first. She turns Ridge away, asking him to spend time with himself and figure out what it is that actually makes him happy and finally make a choice that he can stick with. Later, Brooke tells Carter that Ridge has gone away for some soul-searching.

Will Ridge Return To L.A.? Or, Has Thorsten Kaye Left The Bold and The Beautiful

Ridge has been in the front and center of this explosive storyline for several months on The Bold and The Beautiful. So when he suddenly vanished from the screen in the latest episode after his wedding blew up with Taylor. And Brooke turned him away, fans were worried. They voiced their concern on social media. Wondering if they just saw the last of Ridge and Thorsten had exited the soap. However, after some digging, we figured that there isn’t any cause for worry. It seems after a long stretch of hectic shoots, actor Thorsten Kaye

has only taken a breather. Although it’s likely, he will resume shooting soon enough. So fans need not worry, Neither Ridge nor Thorsten is going anywhere from The Bold and The Beautiful.

However, the bigger question here is, what will Ridge do once he is back? As Brooke pointed out, he is off to do some soul-searching, so he can figure out what he really wants. Or, rather, WHO he really wants on The Bold and The Beautiful. It has been forever since he has been bouncing between Taylor and Brooke. It’s high time the fashion scion makes a decision, and, more importantly, STICK WITH IT! Upon skimming social media, we found fans divided into two major teams. One rooting for Taylor and Ridge, while the other yearning for a Brooke and Ridge reunion.

However, what caught our attention was a new team of fans. The ones asserting that both the ladies should wash their hands off of Ridge. The man has had them running in circles over him for years now and to no avail. They really do deserve better than constantly playing second fiddle to each other. But do you think it’s possible for them to turn their backs on Ridge? Which of the three possibilities would you prefer? Please share in the comments. Meanwhile, stay tuned to The Bold and The Beautiful, airing weekdays on CBS.