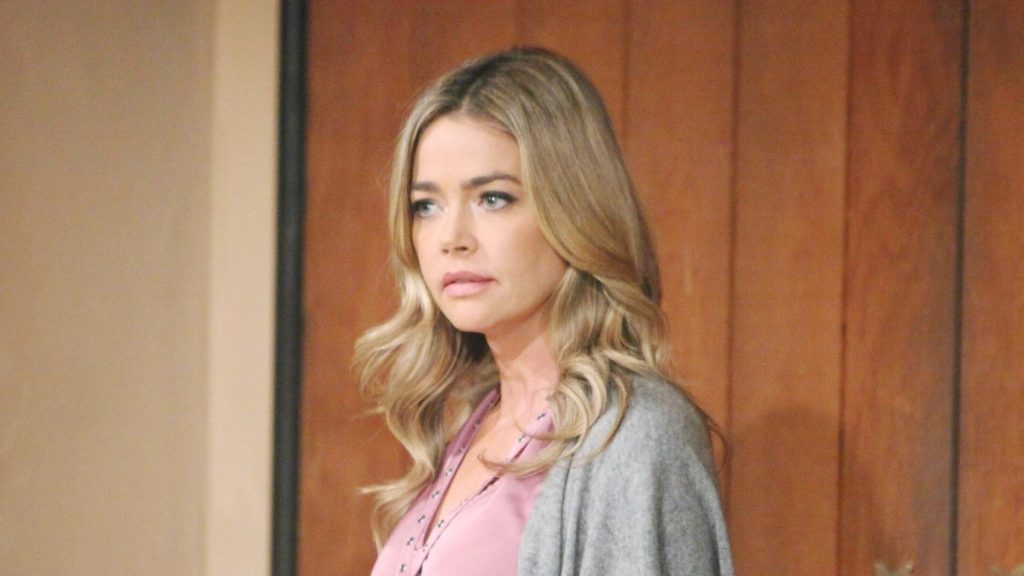 The Bold And The Beautiful Spoilers: Shauna RETURNS With A REASON! Tells Carter WHY Quinn LEFT

The Bold and the Beautiful spoilers suggest that Shauna Fulton might be the bearer of closure and news to Carter in the upcoming episodes. B&B spoilers confirm that actress Denise Richards is on her way back to L.A. And when she comes back this time, she will come back with some big news. In the recent episodes, viewers got to see Quinn’s departure from the soap opera and it left everyone shocked.

While we were hoping that she would at least get a good exit storyline, none of that happened because Quinn has just vanished in thin air. Let alone The Bold And The Beautiful viewers, the man involved with her, Carter Walton, doesn’t even know where she is. So, that leaves him and us, the viewers, with all those questions. Would we get the answers? We think so.

Many of The Bold And The Beautiful fans were shocked when Quinn’s abruptly left the soap. While we understand that anything can happen in soap operas, for a character to just vanish like that is rather disturbing. What’s sad is that Carter’s whole life has turned upside down He doesn’t know why Quinn left, and nothing makes sense to him right now.

However, that is about to change. Regular T.V. Season & Spoilers readers know that we recently reported Denise Richards’s return to the soap. She is going to reprise the role of Shauna Fulton on the soap opera. Long-time fans would remember Shauna and Quinn are BFFs. So, it is likely that Shauna might return with answers that Carter is desperately looking for.

It is possible that when Shauna returns to The Bold and the Beautiful., she might come bearing all the answers. Quinn might have put Shauna to the work of telling Carter the truth. It could be Quinn feeling that she isn’t worthy of Carter’s love, or maybe, she might feel like she doesn’t know if she would be able to give him the family he wants. So, she might ask Shauna to do this for her.

This is bound to leave Carter heartbroken. The silver lining here is, he will at least get the closure he deserves. The Bold and the Beautiful spoilers suggest that all the storylines are about to get twisted. Carter will face a lot of dilemma in the upcoming days on the soap opera. So, make sure you tune in and enjoy. What do you think could be Quinn’s reason for leaving Carter? Tell us in the comments below