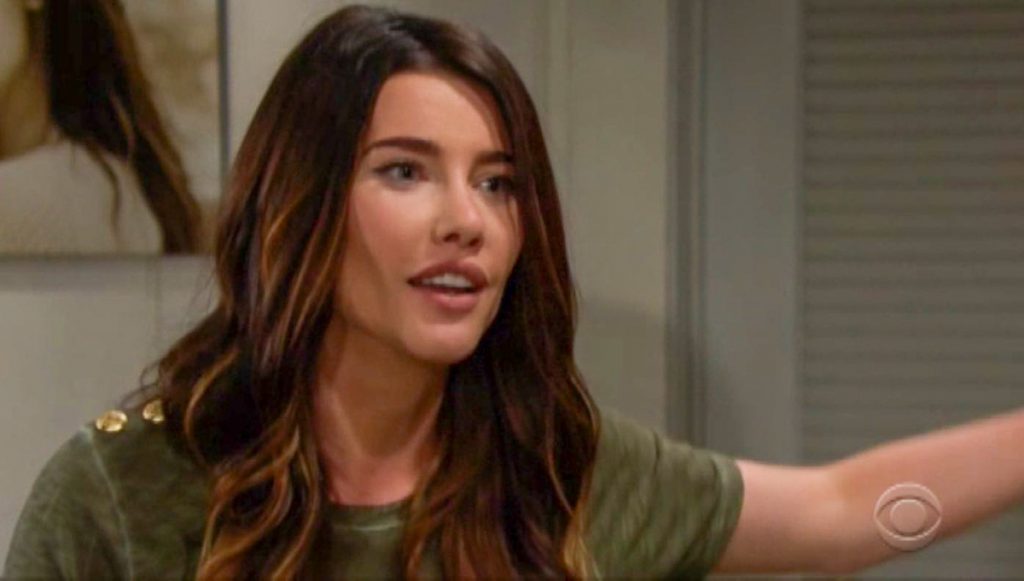 The Bold And The Beautiful Spoilers: Steffy Gets Hooked On Drugs, Dangerous Ways To Deal With Pain

The Bold And The Beautiful spoilers suggest that while Steffy might start feeling better soon, she will go down the spiral sooner than later. When Steffy wakes up and realizes that her husband- Finn is no longer with them, she will freak out and makes some irrational decisions. And spoilers suggest that Steffy might end up getting hooked on drugs. How will the whole situation pan out? Let us take a look-

Steffy Is In Pain

B&B viewers keeping up with the soap know that Steffy is struggling a lot. She just landed in the hospital after everything that happened in the dark alley. Not only that, when she wakes up, she will come to know that Finn is dead. This will lead to not only emotional but a lot of physical too. So, to deal with that pain, she might do something nobody wants her to do.

Long time The Bold And The Beautiful viewers would know, Steffy got hooked on drugs back when she had gotten into a motorcycle accident. Now that she is shot, there is a possibility that she might once again score drugs not just to deal with the physical pain but emotional too.

Steffy had hoped that she would spend the rest of her life with Finn. When the two of them got together, they had hoped for a forever journey together. And now that dream is no longer there, she will be broken. Steffy will go off the rails and might end up resorting to drugs. She might end up in rehab after that. Once that happens, it could also lead to Liam and Steffy’s romance getting revived too.

The Bold And The Beautiful: What Would Happen Next?

The Bold And The Beautiful spoilers suggest that the Liam-Steffy romance is about to get reignited. So, it is possible that Liam might pick on the hints about Steffy using drugs, and that would lead to him playing the hero to save Steffy. All of that could heat things up between them.

There have been some questions about how much Steffy will remember when she wakes up. So, that is also a huge thing to take into account. Could a drug-related storyline roll out on The Bold And The Beautiful? Share your opinions with us in the comments below.