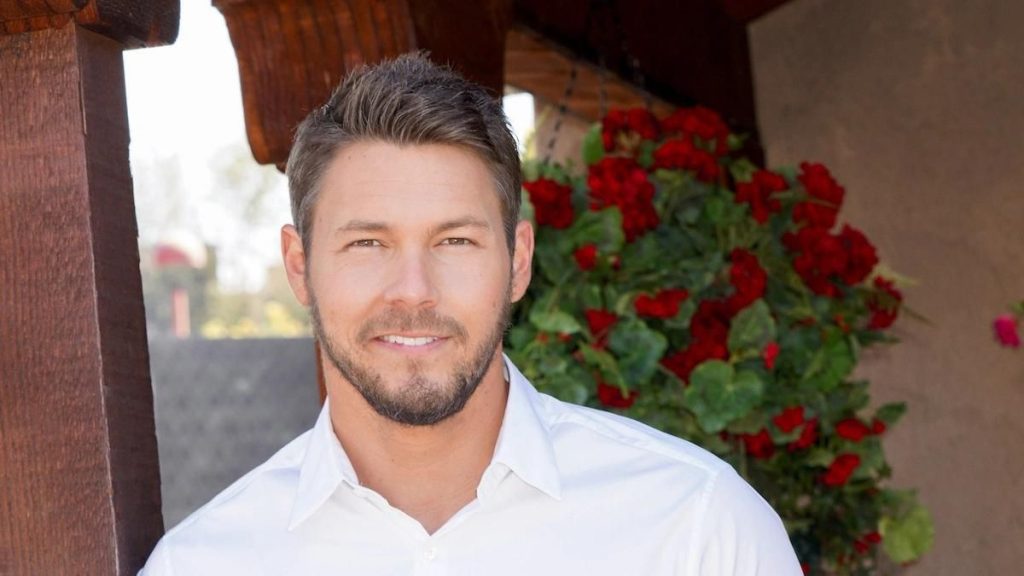 The Bold And The Beautiful Star Scott Clifton Has A Trick Question, Would You Be Able to Help Him Answer?

The Bold and The Beautiful star Scott Clifton recently revived his Instagram account! TV Season and Spoilers had swiftly reported the news of the star’s delicious and mouth-watering comeback post! Scott had quickly followed it up with another post of a hand-drawn maze! He had drawn a fun maze for his son, Ford, to solve! The maze even included a fire-breathing dragon! Now, our beloved star is back with another post, alongside a riddle! Can you help in solving it? Keep reading to find out more!

The Bold and Beautiful actor had been missing from Instagram for ten long months! But, much to fan relief, he has returned, and how! Scott has been making up for all the lost time by posting regular updates from his life for his loving, loyal fans! However, one particular post caught our attention, and we promise you it’s the cutest video of the day!

“I heard you guys like the ones with people in them. Here’s two heads, eight limbs and four wheels.” Scott wrote cryptically under his Instagram video. In the fun video that the actor recorded on selfie mode, the father-son duo happily bicycled down the sidewalk around a park. Daddy Scott lead the way, while little Ford duly followed in his father’s track! Towards the end of the video, Ford cutely calls out “PEACE”! Oh! We hear you little Ford! The world surely needs a lot of peace!!!

Fans and followers of The Bold and The Beautiful star quickly took to the comments to acknowledge the riddle in his caption!  “I’m the person who’s triple checking your maths. It all adds up!” “That calculation sounds about right.” Some of his fans wrote. “ I can’t get over how much he has grown!! Happy moments with daddy!” “So cool seeing you and your mini-you biking :)” were some of the other comments!

The Bold and The Beautiful: Scott Clifton’s SCALDING Update!

Later, Scott Clifton made a follow-up post to share a rather scalding detail from his day out cycling. “True story: I don’t wear shorts. Never have”. The Bold and The Beautiful actor confessed. “Unless I’m working out or swimming” he explained. “I’ve never liked the look, feel, or frankly, the idea of trousers that just stop existing halfway down my leg. It’s weird, okay?” Scott pointed out.

Adding a little weather update to his post, Scott wrote, “Given the last few weeks of sweltering California weather—basically the hottest summer on record—something had to give.” He admitted “So I cast aside both my pride and my neuroses, trudged ever-bravely into a Val Surf, and walked away with two—TWO!—brand new pairs of shorts. A whole new Me.” He declared

The Bold and The Beautiful actor then circled to the matter at hand “Cut to: the next day, Ford and I decide to go ride our bicycles at the park. Great opportunity to debut my pasty Scottish calves.” He joked cheekily. “As I’m unloading the bikes from the back of my 4Runner, I realize my leg has been resting on the scalding hot tailpipe for several nanoseconds too long,” he shared! (Ouch! That must’ve hurt soooo bad!) “Leaving me with an incredibly painful, soot-black crescent tattoo.” Scott shared.

That’s a good lesson to keep in mind, guys! We must not lose focus around vehicles or any object for that matter that can cause bodily injury! We hope Scott’s burn is healing well, though! Please join us in the comments to share your views and tell us if you understood the riddle! Also, don’t forget to tune in to the next episode of The Bold and The Beautiful to catch up to your favourite stars!