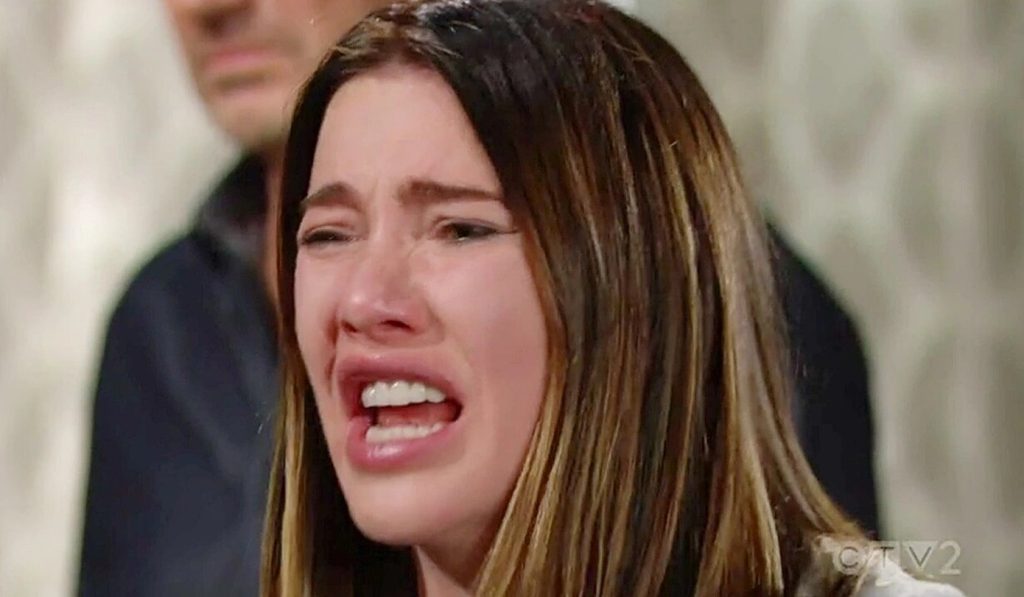 The Bold And The Beautiful: Steffy OUTS Thomas, Exposes Brother In Front Of The Family

The Bold and The Beautiful spoilers tease that Hope might make the right decision at the end moment. After discovering Thomas’ lies, Hope might feel that it is not right for her mother to marry Ridge. So, she might now take a major decision to help Taylor from getting further heartbreaks in the future. What will Steffy do now? Will she expose her brother’s scheming in front of the family? Let’s discuss what might happen if the writers think of this scenario.

Previously we saw how Thomas framed Brooke in the CPS call drama. Poor Brooke had just threatened about calling CPS on Thomas. However, he went ahead with it and called the CPS himself and used Douglas’ voice-changing app to sound as Brooke. Once Ridge confronted her, and she didn’t come clean about the call, he ultimately decided to choose Taylor.

However, The Bold and the Beautiful spoilers mentioned that Steffy would somehow get to know about Thomas’ evil scheming. The details on how she will get to know is still uncertain. But, there are hints that Steffy will confront Thomas on the same. Of course, he won’t have any choice left but to come clean about his scheming. All this while Steffy thought that Ridge chose Taylor out of love. But, once he knows that it was the situation that put Ridge to get back with Taylor, she will definitely won’t like it.

Fans might remember the time when she and Taylor were in Aspen. Back then, Taylor shared how she feels more like a backup plan in Ridge’s life. Whenever Ridge has issues with Brooke, he would come running down to Taylor. Once Brooke asks for forgiveness, Ridge immediately forgives her and goes back. In all this, he never thought about how Taylor might feel. She clearly said she wants to be “the” woman in Ridge’s life. Steffy might remember that conversation and know what problems might arise once Ridge knows the scheming. What will Steffy do now? Let’s discuss that.

The Bold And The Beautiful Spoilers: Steffy Stops The Wedding, Helps Taylor From More Heartbreaks

In soaps, whenever siblings are scheming, they tend to support each other no matter what happens. However, this might not be the case here with Steffy and Thomas. The Bold And The Beautiful has shown how Steffy and Thomas both hate Brooke and Ridge’s relationship. They always wanted Ridge to be with Taylor. Now that is finally going to happen, Steffy might jump in to stop the marriage. Why? Let’s see the reason.

As mentioned above, Steffy would never want her mother to be a backup plan in someone’s life. Since this marriage is happening because of some scheming, she won’t want Taylor to go through more heartbreaks. It is given that a lie can never be hidden under wraps forever, it will come out some way or the other. Once Ridge comes to know that Thomas was the one who framed Brooke, it won’t even take seconds for him to run back to her. The Bold and the Beautiful history knows that Ridge always prefers to be with Brooke.

Right now, Taylor is on cloud nine with how she is going to marry Ridge. However, Steffy will know that this marriage will cause more heartbreaks for her mother. Considering her mother, Steffy might herself expose her brother in front of the family. She might tell the whole family about how Thomas schemed Brooke and everything related to that CPS drama. Well, that is what she should actually do. Even though it will shatter Taylor’s dream, but at least she won’t have to face all that after marriage. That will be more devastating for her to handle. So, it will be interesting if Steffy exposes Thomas by herself. Stay tuned and watch The Bold And The Beautiful, it airs every weekdays on CBS. For more updates and spoilers, visit our website, TV Season & Spoilers.