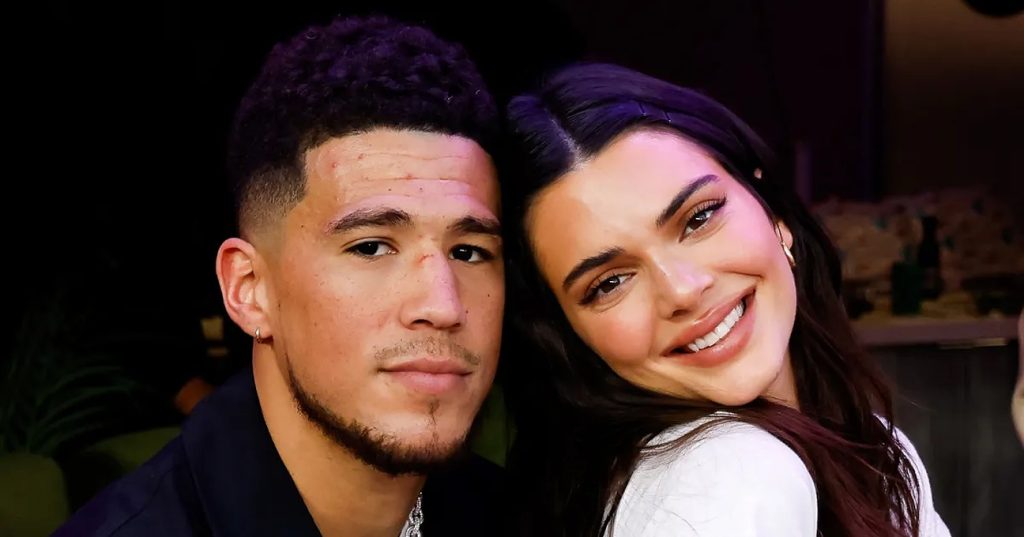 The Kardashians: Kendall Jenner’s New Shots Are Too-Hot-Handle For Her Boyfriend!

The Kardashians Star Kendall Jenner is a very private person, unlike her sisters. She always tries to keep her love life under wraps. From her romance with the former One Direction singer Harry Styles to her whirlwind romance with the NBA star Devin Booker, Kendall is certainly quite lucky when it comes to love. Fans were very happy after learning that she was finally dating someone. However, since the beginning of this year, the Kardashians’ life underwent drastic changes. Firstly, the elder Kardashian sibling got married, then Kim announced her breakup. There was also news that Kendall called off her relationship with the NBA star. Nonetheless, seemingly the couple rekindled their romance. Keep reading to know the detail.

The Kardashians: Devin Booker Flirts With Kendall On Social Media

The romantic lives of the Kardashians often get into the limelight. Kendall and Devin became the center of attraction after the couple attended her sister Kourtney’s lavish wedding in Italy. They were seen holding their hands and partying while enjoying themselves with the Kardashian-Jenner clan. However, after the wedding, an insider revealed that Kendall and Devin were taking a break in their relationship. The couple decided to split their ways because of some unknown reason. However, they are recently sparkling the dating rumors yet again.

Earlier this month, Kendall and Devin were seen together enjoying an adventurous date. Now, the couple is again making juicy headlines in the newspaper. Recently, the 818 Tequila founder posted her glamorous pictures flaunting her perfectly toned body in a brown bikini. The NBA star could not control himself from flirting with his super glamorous girlfriend. Devin posted a sweating red face in the comments, washing off their breakup rumors. Seemingly, Devin and Kendall are going stronger than ever and are happily dating each other.

The Kardashians star Kendall Jenner and her boyfriend Devin Booker are seemingly back together after their brief breakup this summer. They are the fan’s favorite couple, and viewers want them to tie the knot. However, they are busy exploring their relationship and taking baby steps to move forward with their life. Meanwhile, the Kardashians sisters are busy with the show’s upcoming season of their reality television show. Recently, Hulu dropped the teaser for Season 2 of the show where Kendall was seen talking about motherhood.

Her sister Kylie had welcomed her second baby, and recently, Khloe Kardashian also announced the arrival of her second child. Now, Kendall is the only one who does not have kids. In the teaser, the beauty mogul talked about having babies. The model revealed that she would love to have babies in the future; however, she is now busy with her career. The Kardashians Season 2 will air on September 22, 2022. For American viewers, the show will be available on Hulu, while for the international audience, it will be available on Disney+. Meanwhile, stay tuned to TV season & Spoilers for more updates on The Kardashians.