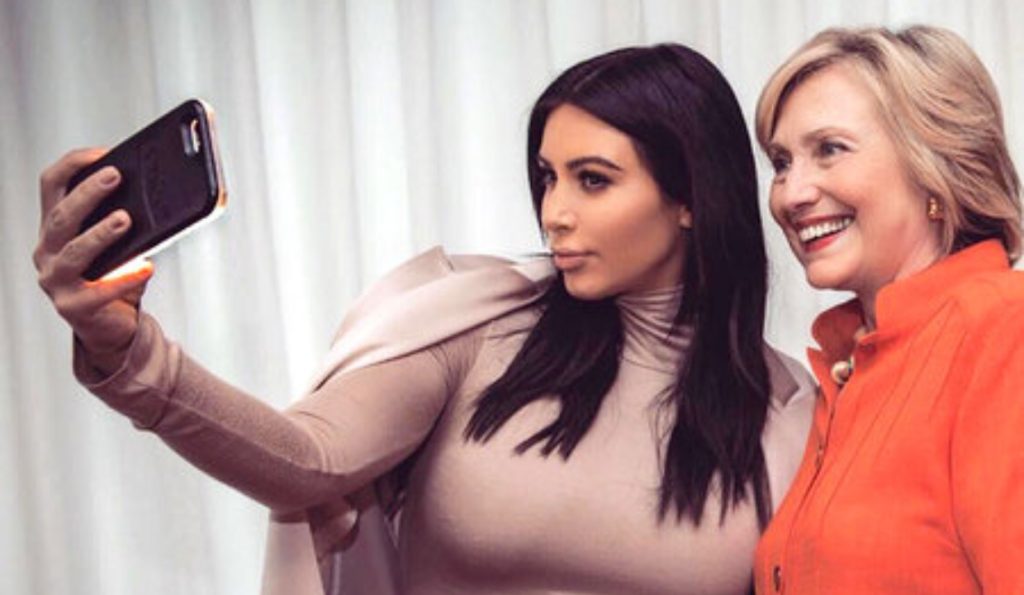 Kim Kardashian’s life has been in the limelight eversince she became a reality TV celebrity long ago. Hence, she often keeps her followers up to date about what is up with her life. A few years back, The Kardashians star talked of becoming a lawyer and following in the footsteps of her late father, Robert Kardashian. Well, the megastar is currently preparing for her bar exam. Moreover, she had the opportunity to interact with the renowned political figure, Hillary Clinton. Believe it or not, the latter ended up losing a legal knowledge quiz to Kim K! Keep reading to know more details about this.

The Kardashians: Kim & Hillary Come Together For A Docuseries Called Gutsy, Former Wins A Legal Quiz

Kim Kardashian has not limited herself to just being a reality TV celebrity. She has come a long way since then. In fact, The Kardashians star is also a socialite and a businesswoman. Apart from that, she is also pursuing her dream of becoming a lawyer. Moreover, she will also be a guest star in the docuseries, Gutsy. The former first lady of the US, Hillary Clinton, and her daughter Chelsea will be the show’s main stars. They will get the opportunity to interview and spend time with all the women who inspire them. Well, Kim Kardashian was one of them.

As per a promo by People, the mother-daughter duo is planning a fun general legal knowledge quiz for Kim and Hillary. It turns out that The Kardashian star ended up winning it. By the end of it, the reality TV star had 11 current answers while Clinton had 4. For the unversed, Hillary Clinton was a successful lawyer while serving as the 67th United States secretary of state for four years. Hence, she stated that Kim had an “unfair advantage” since she is currently preparing for her bar exam so she can officially practice law.

The Kardashians: Chelsea & Hillary Clinton Are In Awe Of Kim & Her Will To Help The Wrongfully Accused!

In the upcoming episode, Chelsea and Hillary Clinton will get to interview Kim Kardashian. While talking about it, the pair stated that they didn’t ask the star about her “personal life” or “fashion”. Instead, the mother-daughter duo was interested in knowing all the help she was providing to the people who were wrongfully accused and unfairly convicted. Moreover, Kim wants to continue to do so after becoming a lawyer. In fact, her show, The Kardashians, often feature her preparing for her big exam and taking up cases to raise awareness about the same.

With this, Chelsea also stated that Kim is “self aware” about her “celebrity status”. Hence, she focuses on how it will bring out a “positive difference”. In fact, the castmate never wishes to make a “negative difference”. Therefore, the Clintons were in awe of her “thoughtfulness” in terms of how Kim engages. In fact, the famous daughter wished to help Kardashian beyond their docuseries, Gutsy. Keep track of all the latest The Kardashians updates only on TV Season & Spoilers.