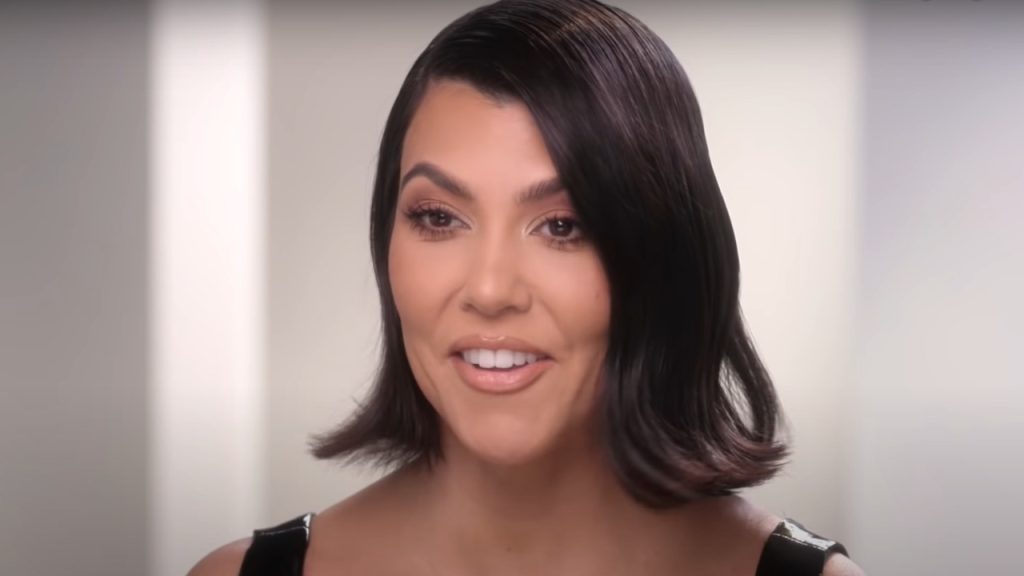 The Kardashians never fail to surprise their fans. Well, these surprises aren’t necessarily pleasant all the time. This year seemingly got better for the elder Kardashian siblings. At the beginning of the year, Kourtney announced her engagement with the rapper Travis Barker. She again grabbed a lot of attention because of the couple’s PDA pictures that went viral on the internet. In July, the Poosh founder tied the knot with her beau. Kourtney is very vocal about her love life. She frequently shares the pictures with her husband on her social media account, where she has a fabulous fan base of 196 million. Recently, the diva took to her account again to share another stunning picture. However, this time Kardashian surprised, or rather shocked, her fans by posing in front of the men’s toilet. Keep reading to know the details.

The Kardashians: Kourtney Kardashian Poses In Front Of Men’s Urinal!

Kourtney Kardashian enjoys sharing pictures on her account. She is certainly very active on all social media platforms. Earlier this week, Kourtney called herself “Tour Wife.” Mrs. Barker is currently on tour with her husband and his good friend Machine Gun Kelly. She recently took to her Instagram account to share the ‘backstage’ pictures. In the slew of five pictures, the mother of three was seen in an oversized pink trenchcoat with a black lacy dress. However, this time, the beauty mogul surprised the fans by posing in front of a men’s lavatory. Her husband jumped to the comment section, asking her about what happened backstage.

Meanwhile, fans questioned her about what she was doing in the men’s toilet. The Kardashians star also shared the picture in her Instagram story, calling herself a “super creepy girl.” Moreover, in one of the snaps, the newlyweds held hands while making their way to the exit door. Travis opted for a white full-sleeve t-shirt with a black dungaree and matching sunglasses. They looked super cute together.

The Kardashians star is busy traveling with her husband all around the country. Earlier this week, Kourtney shared some shorts from the drum practice. The couple shared a little PDA while Travis was busy practicing. In the picture, she and Barker hugged each other while she was on his lap. Travis was shirtless, flaunting his tatted body. Kourtney was wearing sky blue ripped jeans and a white full sleeve t-shirt. Her pointed heels completed the look.

She captioned the picture, “time for drum practice.” The musician commented “favorite time of the day.” Moreover, Travis also shared the video of the practice session with his gorgeous wife. In the video, they were busy kissing each other while he was also trying to play the drums. Kourtney and Travis got married earlier this year in Italy. Their lavishing Italy wedding will be featured in the upcoming season of The Kardashians. The Hulu star is busy promoting The Kardashians Season 2, which will air in September.