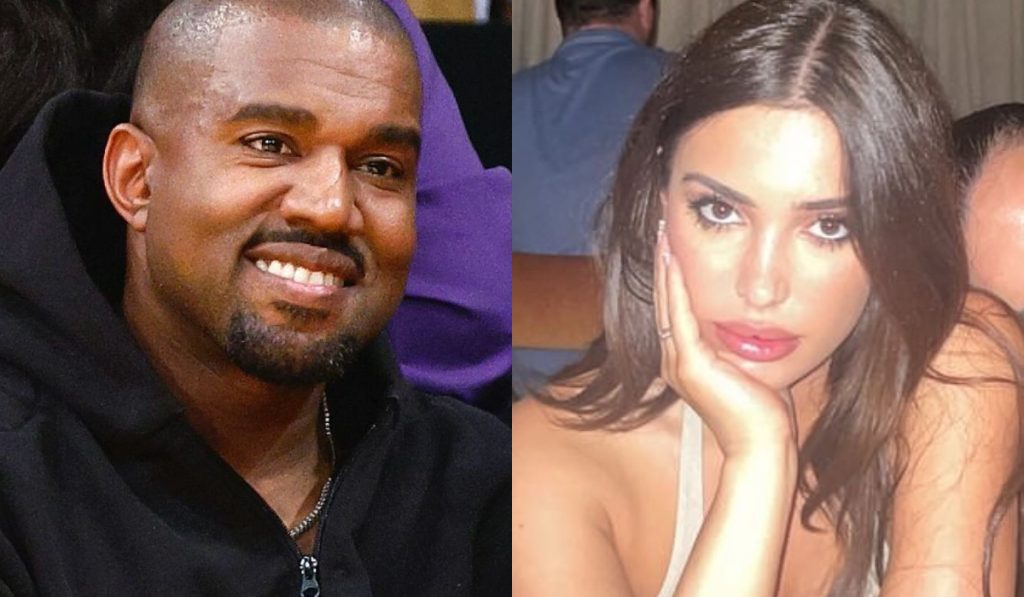 The Kardashians: Who Is Kanye West’s NEW WIFE? Looks Just Like Kim!

The Kardashians stars always remain in the limelight. Well, Kim Kardashian and her sisters were the OG reality stars who started their careers through TV decades ago. Since then, all of them have tasted a lot of success. Fans must know that Kim and her rapper husband, Kanye West’s marriage, didn’t work out, and they got a divorce. Since then, the latter has been in the limelight for his outrageous behavior when he started leaking screenshots of his conversation with Kim, threatening her now ex-boyfriend, Pete Davidson. Things hit the roof when he also made antisemitic comments and lost a lot of brand deals and even his billionaire status. Since then, the artist has maintained a low-key status. Following this, he even got married in secret! So, who is Kanye’s new lady love? Keep reading to know more details.

The Kardashians: Kanye Ties The Knot With Kim’s Doppelganger! Who Is She?

As mentioned above, Kim Kardashian’s ex-husband, Kanye West, has been creating controversies for a long time. Following this, he has averted himself from the public eye and maintains a low profile. But, as per TMZ, the man finally moved on after pining over his ex since his divorce. Apparently, he found love in Bianca Censori. Well, there are not many details about the woman on social media. In fact, her account on Instagram disappeared since she started getting associated with the “Stronger” hitmaker. But reports suggest that the new couple took part in a “wedding like” ceremony on January 13, 2023. While there is no marriage certificate under their name, the paps spotted West wearing a wedding ring during his latest outing with Censori. Since then, there has been no official statement from Kanye and Bianca as they are maintaining a low profile.

While there is no proper confirmation about Bianca Censori’s actual age, TheSun once stated that she is 27 years old. In fact, she works under Kanye’s brand, Yeezy. She is the head of the architecture department. Bianca’s LinkedIn reveals that she obtained her undergraduate degree in the year 2017 and became a high school graduate in 2012. The lesser-known woman is Australian and has a bachelor’s and master’s degree from the University of Melbourne. She started working for Yeezy in November 2020. Many The Kardashians

fans have been stating that the new wife looks very much like Kanye’s ex, Kim. The timeline suggests that Censori and West began dating more than or around a month ago, as the latter released a track by the name of ‘Censori Overload.’ The song dropped around that time.

The Kardashians: Kim Shares Cryptic Posts Reacting To Kanye’s Marriage? Happy For Him!

While Kanye and Bianca have kept matters on the down low and haven’t released any statements about their wedding, his ex made a mysterious post. Well, Kim Kardashian took to Instagram to make a post that said that a “black sheep” eventually turns into a “goat”. She continued it by adding the words, “keep doing you.” Her Instagram story then had another post that said that the ones who want to see someone win will “help” them win. She mega-celebrity wanted everyone to “remember that.” The Kardashians fans feel that it is no coincidence that Kim made these posts right around the time West and Censori were in the limelight following their secret ceremony.

Without referring to the antisemitic and Hitler controversy, Kim Kardashian did break down in a recent interview. She did so while stating that “co-parenting” with her former husband, West, has been hard for her since his problematic acts and statements became public. Kardashian stated that her kids didn’t know what was happening in the “outside world.” Hence, she wanted to “protect” her former spouse in the eyes of her kids. Well, only time will tell how that turns out. Another report disclosed that Kim Kardashian doesn’t like Bianca Censori as she was “pretty,” and Kim hates “pretty girls”. Keep coming back to TV Season & Spoilers for all the latest updates on The Kardashians.