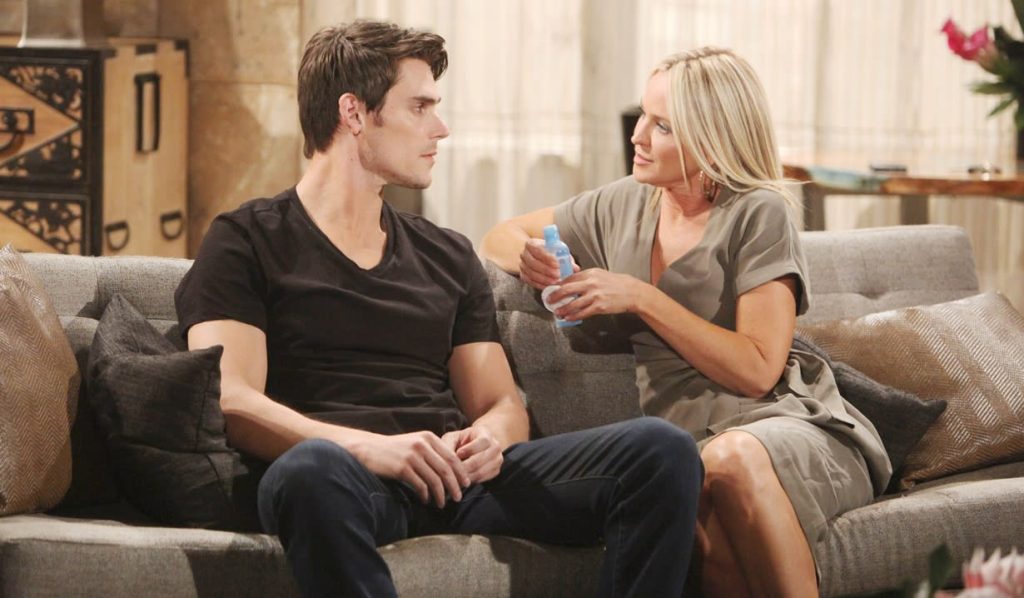 The Young And The Restless: Adam And Sharon Coming Closer Yet Again?

In the recent episode of The Young and the Restless, viewers got to see Adam as he struggled with the memories of the happy times he had spent in the penthouse. It was so visible that Nick and Victor had started noticing him. While everyone thought that Adam would want to keep those memories intact, it came as a surprise when he said that he would like to sell the place.

After Adam said that, Victor suggested that Adam should move to the ranch. He said it would be much better for Connor to come home to his grandparents from the boarding school. He will also be able to ride the horses in the wide-open spaces. So, Adam told him that he would think about it. But, what we can’t stop thinking is, Will Sharon and Adam come closer when Adam moves to the ranch?

The Young and the Restless spoilers speculate that once Adam starts living on the ranch, he will cross paths with his ex-wife several times. After all, they will be living on the same property. So, their paths will definitely cross. Fans know that both Adam and Sharon are like magnets that are drawn together even after their best efforts.

Would Adam and Sharon come closer again? Will they feel that they have a stronger bond than that they thought? More related spoilers suggest that when Connor comes back, he might find it difficult to make peace with the fact that his mother is in a facility. So, that could be the time Adam reaches out to Sharon. He might request her to help his son. The two might come closer again after that.

It is possible that Rey might find himself visiting Chelsea and complaining about Sharon-Adam’s interactions. It looks like a soap quadrangle could be in the making. Rey and Sharon

have spent a great deal of effort to bring back their relationship on track. How will Adam moving closer affect it all? We will have to wait to know. It looks like some interesting Adam-Sharon-Rey moments are coming up. Don’t miss the action. The Young and the Restless airs on CBS all weekdays. In the meantime, tell us what do you think about this storyline in the comments below?