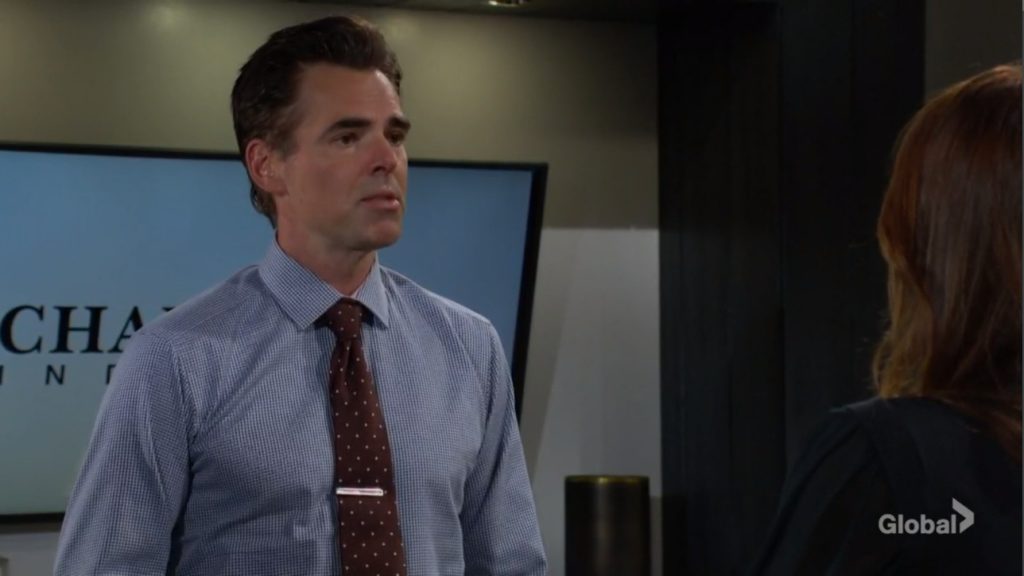 The Young And The Restless: Billy Leaves Chancellor Industries, Wants To Join Jabot

The latest The Young And The Restless spoilers reveal that things are going to change for Billy Abbott very soon on the show. Viewers know that Billy has been feeling like an outsider at Chancellor-Winters for a while now. So, the speculation is that Billy Abbott may finally decide to leave his current firm and join his family business again. Why will that happen? Keep reading to find out.

To begin with, The Young And The Restless, viewers know that Billy has been feeling like an outsider for a while now. He also thinks that he’s not a part of his girlfriend’s vision of Chancellor-Winters. Lily and Billy are already going through a rough patch in their relationship, and Lily’s business has become more about family and Billy is not a member of it.

Moreover, Billy doesn’t feel connected to anything at his current firm. He is the COO and runs a podcast of his own. But none of them seem to catch fans’ attention, and Billy can be seen struggling through all of this. There is a chance that Billy will decide to resign as the COO of Chancellor-Winters and try to get another job.

When Billy decides to leave Chancellor Industries, he will start mulling over his options. The Young And The Restless spoilers suggest that Billy will decide to join back his family business. As for Lily, she thinks that Billy would never join Jabot

. But Y&R viewers know that family situations are changing in the Abbott family since Diane and Allie came in.

With Diane’s evil energy around, Billy will decide to be around his family more. We know that no matter how we fight with our family, it is all we have in the end. Moreover, Billy will also find someone who might also be feeling like an outsider, and that will help him. The Young And The Restless spoilers also tease that Billy will have a change of heart, and he will start embracing his family more in the upcoming weeks on the show.

In the comments below, tell us: Do you want to see Billy leave Chancellor-Winters or not? Lots of drama and trouble are coming up in Genoa City. In the meantime, TV Season & Spoilers will keep you updated about all the happenings of the soap opera. The Young and The Restless airs on CBS all weekdays. Keep an eye on the space.