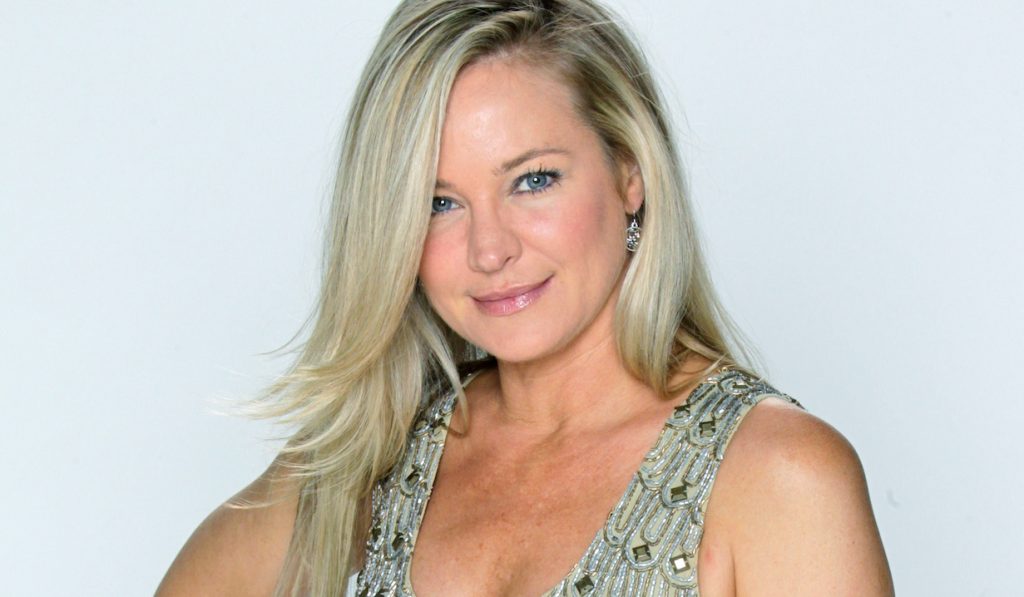 The Young And The Restless: Celebrating 28 Years Of Sharon Case In Genoa City

Twenty-eight years ago, The Young and The Restless home town, Geona city saw for the first time its future Emmy-winning star. Sharon Case has brought to life the very lovable character of Sharon Newman. As hard as it might be to believe, she was not the first actress or even the second to play her name-sake, Newman. But, her talent, grace, and screen presence ensured she remained the only one even after 28 years!

Actresses Monica Porter and Heidi Mark were the first and the second, respectively. However, then, Sharon Case took over the role and has been there ever since. Over the course of nearly three decades, The Young and The Restless has given us many engaging storylines. And our lovely Sharon took center stage in a lot of them! Stay with us as we take you down memory lane; we promise it will be quite a roller coaster!

The Young And The Restless: Everyone Loves Sharon!

Sharon Collins first lit up Y&R with her enchanting beauty in 1994 and has never dimmed since. She entered the show as the daughter of Doris Collins and, over the years, through her numerous marriages, has four children: Cassie, Mariah, Noah, and Faith. Although her journey has not been smooth, she has faced many ups and down in Geona City. But, one thing has remained constant for her, people’s love and admiration.

The resident psychologist of Geona and the owner of Coffee Shop, Crimson Lights, Sharon is unanimously loved and adored by all! (Maybe not all, Chelsea does have bones to pick with her). People look to her for advice when their lives are in a storm, which is almost every day, honestly!

The Romantic Tales And The Twists!

Sharon is currently single on the show after her husband, Rey Rosales, passed away recently. However, she has had many lovers and marriages in The Young and The Restless. Let’s have a look at some of her most significant romantic relationships over the years.

Nick was Sharon’s first husband. The high-school sweethearts eloped and married each other much against their families’ wishes. The couple, over time, has broken apart and come together many times since, owing to various twists in the tale. Cassie’s death is one of the major breaking points.

Jack and Sharon found solace in each other after finding out that their spouses were cheating on them. Sharon’s then-husband Nick was having an affair with Peter’s wife, Phyllis. This led to a close friendship between Jack and Sharon, which later became romantic. The marriage didn’t last beyond a year and ended in a divorce.

Although Sharon has had many romantic relationships in The Young and The Restless, her story with Adam Newman stands apart. Adam and Sharon are star-crossed lovers of sorts. It seems they are not destined to have a happily ever after, yet somehow they keep finding their way back to each other. Although, it never ends well for anyone. Interestingly, this reel-life couple works well off-screen. Sharon Case and Mark Grossman (Adam) have been together since May 2019.

Victor is THE BIG WIG of The Young and The Restless. He also was Sharon’s ex-father-in-law (TWICE)! Nick and Adam are his sons. This has to be the most scandalous relationship of all and a little hard to digest! Although it did start off as a business agreement and not romance, it also did not last too long.

The latest to join Sharon’s list of husbands was Detective Rey Rosales. Sharon and Rey worked well and looked great together too! They had a huge fan base, and their fans lovingly named the couple “Shey”. Unfortunately, this marriage, too, was doomed. Ending with Rey’s devastating death in a car crash. Sharon has been nursing her broken heart ever since.

The Young And The Restless: Sharon’s Major Storylines.

Twenty-eight years is a long time for the soap to run. Needless to say, it introduces many storylines and subplots. Sharon, too, has gone through several different storylines, which affected her on-screen life drastically. Let’s take a look at some of the most poignant ones among those.

This has to be one of the most devastating things that have happened on The Young and The Restless. Cassie was Sharon’s daughter, whom she had given up for adoption as a child. Later Cassie returned to Sharon’s life while she was still married to Nick. He accepted Cassie as his own child and raised her with Sharon. In an unfortunate turn of events, Cassie died after getting involved in a car crash. Losing a child is the worst kind of pain that any parent could ever feel. This eventually broke apart Nick and Sharon’s marriage.

This was a rather bizarre case. Adam switched Sharon’s baby faith with the dead baby of his stepmother at the mental asylum where the mothers gave birth. Thinking her baby was dead, Sharon was left heartbroken and mourned her loss relentlessly. It was only later in 2010 that she discovered the truth about what Adam had done.

Sharon’s life once again turned upside down when she found out she had breast cancer. Initially, she tried to hide it from her loved ones, but the truth soon came to light. Everyone felt devastated over the discovery, but Sharon assured everyone that she would fight it out, and she did! The tumor was later surgically removed, and Sharon has since recovered.

The Up and Current!

Currently, on The Young and The Restless, Sharon is taking a break from being center stage and is often seen lending support to her loved ones. May it be listening to Adam vent out his failed romance with Sally or advising Nick in his moral dilemma. She also supports her daughter Marriah and Tessa in their marital life as they contemplate adopting a child.

Please share with us in the comments which over the years has been your favorite thing about Sharon Newman in The Young and The Restless. Also, join us in celebrating Sharon Case’s fabulous twenty-eight-year journey. We are sure you love her just as much as we do!