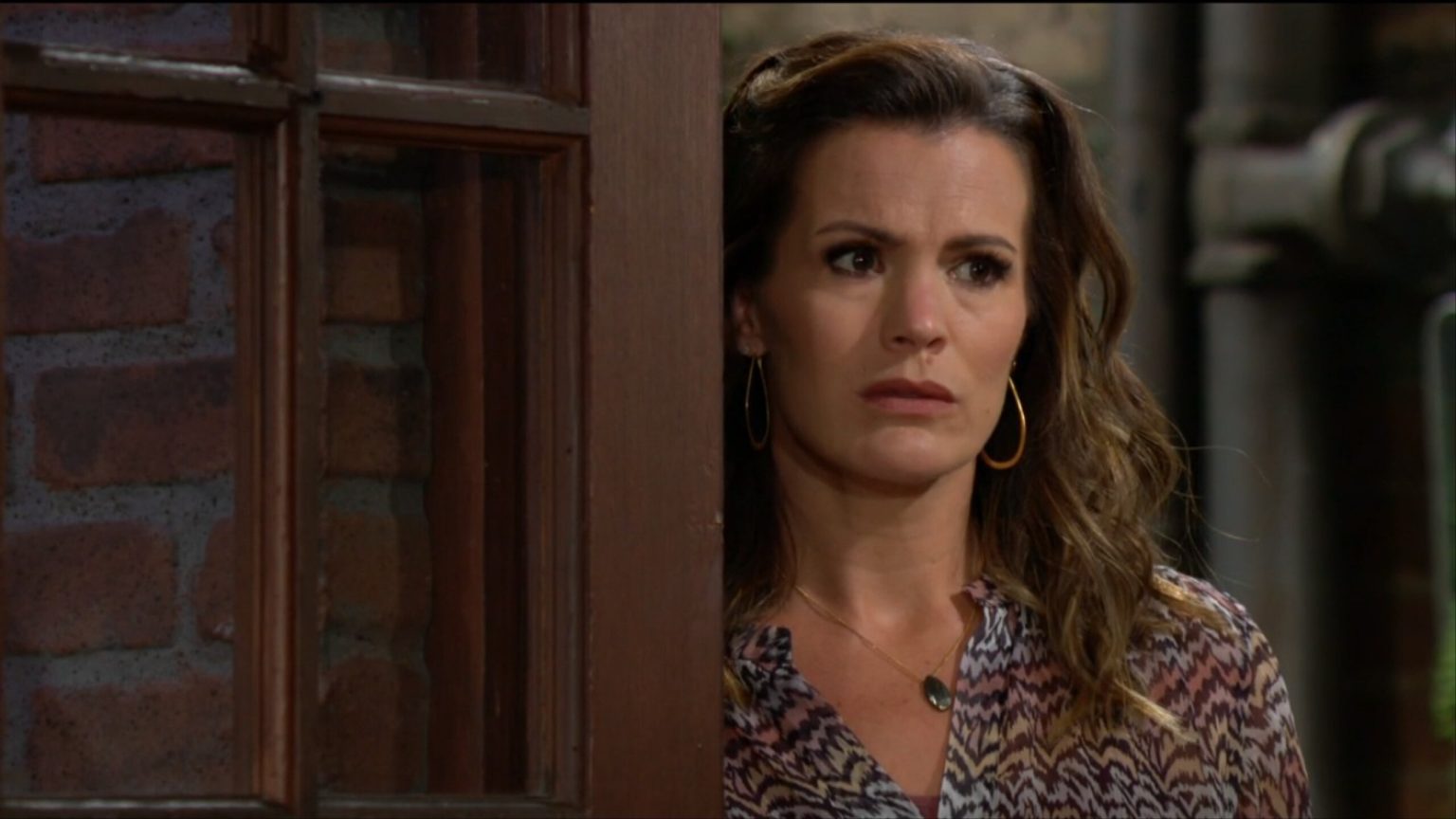 The Young And The Restless: Chelsea LOSES It, KIDNAPS Connor and Johnny

Recently someone genuinely suffering on The Young And The Restless seems to be Chelsea Lawson. While the rest of GC residents are busy planning and plotting, Chelsea wants her son, Johnny, to be a part of her life. Now that Johnny has been rejecting her repeatedly, will Chelsea come up with a dangerous plan? Chances are there that Chelsea might kidnap both Connor and Johnny. Let’s read further to know what might be the conditions under which she takes this drastic step.

Previously, we saw how Chelsea begged Victoria and Billy to let her tell Johnny about his bio mom’s truth. However, Victoria was worried about Johnny’s state of mind. Since he was recovering from Ashland’s death, Victoria didn’t want to drop another bomb on Johnny. Even though Johnny knows that Victoria is not her real mom, he still is a child at the end of the day. So, one should handle the situation with care and not out of desperation.

Even though Chelsea understood her perspective, she did not agree to do what Victoria asks her to do. As for Chelsea, the more Johnny grows up, the more difficult it will be for Chelsea to tell him the truth. So, Billy supported her in her decision and convinced Victoria of the same.

However, Chelsea was so desperate that she took things into her hands. Even when Victoria asked her to let her and Billy would take care of things, she went to Johnny and spilled the truth. While Chelsea was thinking positively, Johnny had almost the opposite reaction. He straight away rejected her and did not want to hear anything from her.

The Young And The Restless Spoilers: Chelsea Is Heartbroken

Now that Chelsea herself has spilled the truth, Victoria and Billy feeling betrayed is legit. And that is what happened as well! The betrayal pissed off Victoria and Billy. But to see from Chelsea’s perspective, she did what she thought was good for her son. Since she is the birth mother, how can she stay away from her son for this long? And above all, taking Victoria’s orders on when to meet and when not to meet was already pissing her off.

Even though Chelsea took a bold step, she did not gain anything from it. However, she worsened the situation further with Johnny. Next, in recent The Young And The Restless spoilers, we saw how Chelsea was camping in the park. Then again, Billy came just to shoo her off the park and requested her to respect Johnny’s privacy.

Well, here again, Chelsea is mistaken. Whatever the case, Chelsea will feel like she is making things worse only because no one is getting her perspective. Now, what will Chelsea do? Is there any chance of her taking any dangerous steps? Let’s discuss the possibility.

Past few months, Chelsea is trying to establish a bond with Johnny. Not just Johnny she is also trying to make Connor understand that Johnny is his half-brother. But, no one, literally no one, is taking her well. When she approached Connor and informed him about this, Adam came running to push Chelsea away. While Victoria and Billy are also doing the same.

All this chaos will ultimately push her down the spiral. Chelsea is the one who gave birth to Connor and Johnny. So, she definitely has the rights to be a part of their lives. Apart from this, it was also Adam, Victoria, and Billy’s duties to try to make the kids understand Chelsea’s motive. But no, no one took that initiative.

Since Chelsea is a person who cannot take a no for an answer, chances are there that she might take a dangerous step. What could that be? Kidnapping the both children, maybe? The chances are high. With all her hopes crumbling one by one, she might leave with no other options but to take things into her hands. Even if Chelsea kidnaps them, her intention would definitely not be bad.

Perhaps Chelsea might need some time to clarify things with Johnny and Connor. Since no one is letting her meet her son, this might be the only trick left for her. Then also, there is a chance that Chelsea might have taken the children out for some alone time, and others might think that she kidnapped her. Anything is possible. But one thing is for sure, if even Chelsea takes the children, it won’t be out of bad intentions. Let’s see if this happens or not. The Young And The Restless airs every weekday on CBS. For more updates and spoilers, visit our website, TV Season & Spoilers.