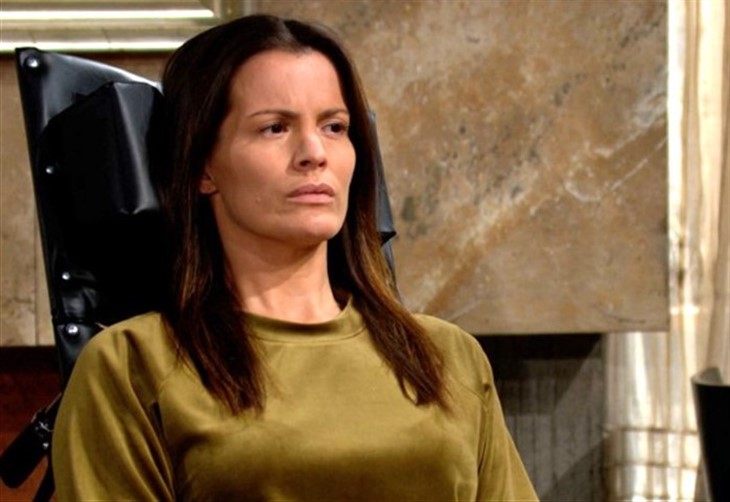 The Young And The Restless: Chelsea’s Truth Is Out? Will She Get Punished?

The Young and the Restless viewers know that Chelsea has committed a number of crimes. Now that will lead to punishment. However, the man Chelsea framed does not want her to suffer more than she already has. Victor Newman wants to clear Adam’s name when it comes to the attempted murder case. He doesn’t care if Chelsea faces prison time for that. He has acknowledged that Egan’s character is a good mother, but he wouldn’t allow his son to face jail time for crimes that Chelsea has committed.

This isn’t just another case for Rey Rosales. The detective is trying to find who has poisoned him. He was initially convinced that Adam was the one, but now he has started wondering if Chelsea is the villain after all. There is a sense of enmity between Adam and Rey, and this is because of their attraction towards Sharon Rosales.

Until now, Rey had been working with clouded judgment. He was slowly progressing with the case, but his recent conversation with Chelsea tipped him off. Chelsea commented on how Rey was not like the rest of them. That implied that he wouldn’t commit acts that someone like Chelsea or anyone like her would commit. That forced a verbal error which was one of her mistakes.

The Young And The Restless: Nobody Is Fighting Logical

Just like Rey isn’t proceeding logically when it comes to his efforts in finding out who poisoned him, Chelsea isn’t fighting this logically either. She is letting herself be swayed by the emotion. Her intent was to force Adam out of her and Conner’s life and break Chadam permanently. Chelsea had planned to move away from Genoa City, and that was even working until she told Chloe Mitchell the details about what had happened.

That was the instance that allowed Adam to witness the depth of Chelsea’s physical recovery and also made the reference to Rey. The stress of everything that has happened in the recent months has also sparked Adam’s irrational behavior, and that is why he ordered Chelsea’s abduction.

Now that Adam is in hiding and Victor feels that situation is getting out of hand, he will try to tackle this whole situation on his own. The Young and the Restless spoilers say that he will pay an unexpected visit to Chelsea, and there he will warn Chelsea. Victor will tell Chelsea that if she does not confesses her crimes; he will make her pay. He promises her that he will find the evidence that will prove that Chelsea was the one who set Adam up in Rey’s poisoning case.

If she does not confesses, he might take Conner away from her forever. However, Chelsea does not cooperate with Victor at the time. She acts like she is still recovering. As Victor leaves, he leaves with a final threat promising that it isn’t over. It looks like Chelsea will find herself in hot water soon. Everything is adding up, and it is possible the truth about everything that she has done might come up. Make sure you tune into The Young and the Restless to know what happens next.