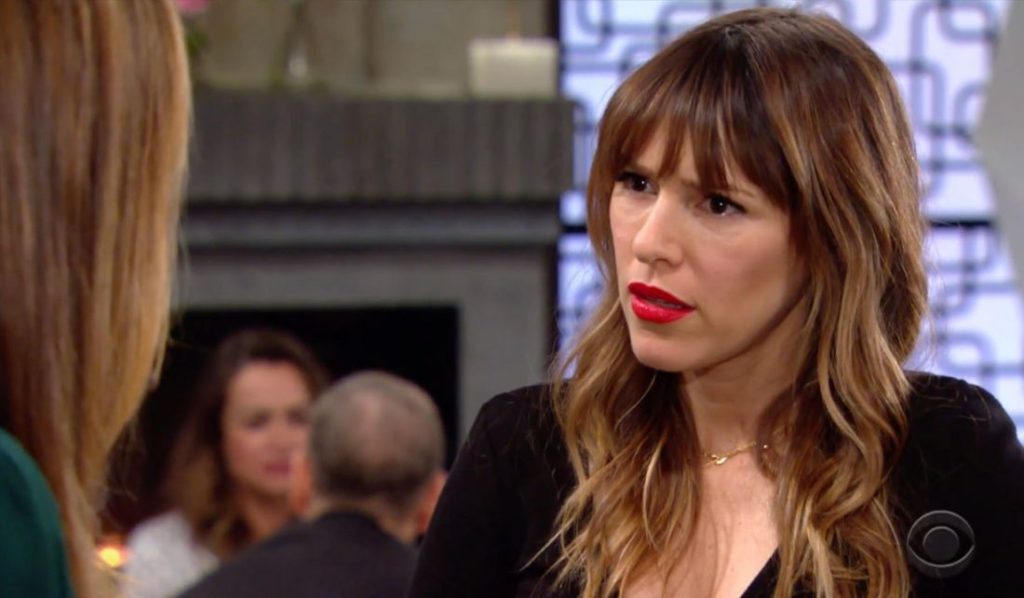 The Young And The Restless For April 28: Rey Interrogates Chloe! Will She Betray Chelsea?

The Young and the Restless spoilers for Wednesday, April 28, 2021, reveal that Chloe Mitchell will start feeling the pressure when Rey Rosales will come to interrogate her. Chloe did not know what she was getting herself into when she agreed to help Chelsea with getting Adam Newman out of her life.

Chelsea had argued back in the time that the less Chloe knew, the better she would be. However, the truth is, if Chloe knew all of that, she wouldn’t have got into all of this. Chelsea just took advantage of Chloe’s trust and desire to help. So, it does not comes as a wonder that the two of them recently got into a big confrontation.

Since Chloe has suddenly bailed out on Chelsea, we have little doubt that this attracts Rey’s attraction. In the upcoming Wednesday episode, Rey will start getting suspicious, and he will start asking Chloe questions. So there are chances that he might press her to confess the truth. Spoilers suggest that Chloe will try to avoid spilling too much, but Rey’s question will leave the woman uneasy.

The Young And The Restless: What More Will Happen?

As for Sharon, spoilers suggest that she will end up hiding yet another secret for Adam in the Wednesday episode. Would Adam tell her about his whereabouts? Whatever might happen there, Sharon might only be invited for more trouble in her marriage by prioritizing Adam once again.

On the other end of the town will be Nikki Newman, who will track Jack Abbott and issue a warning for him. Nikki might point out that Victor has made a fierce enemy out of Ashland Locke, and she will worry that all of this might get tied up with the attack on Jabot. Ashland certainly isn’t done. It looks like Nikki will just suggest that Jack maintains his distance from Victor and Victoria. And we know that the excitement will only rise in the land of The Young and the Restless. So, make sure you tune into the soap and enjoy.