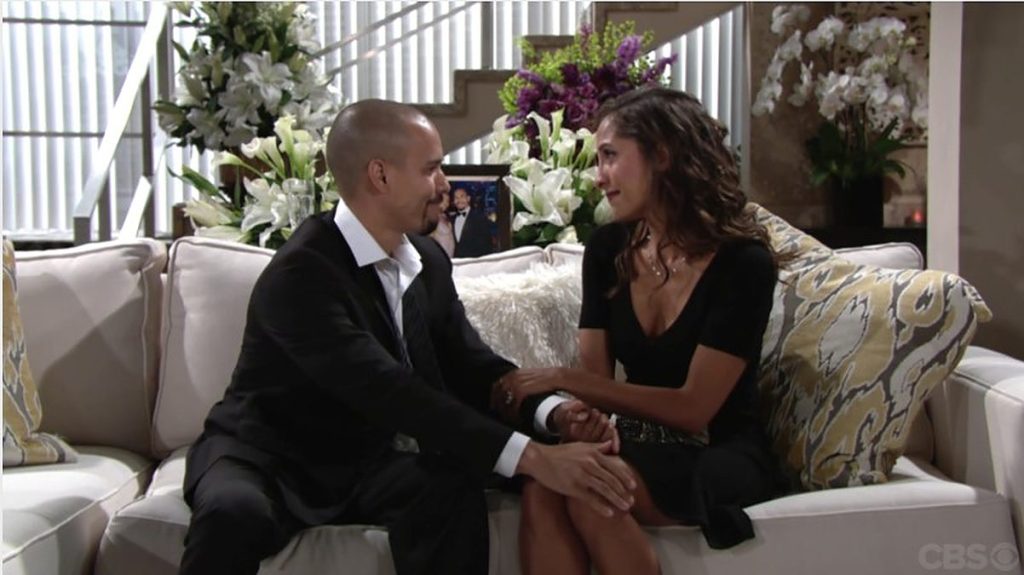 The Young And The Restless: Lily Gets Bossy, Puts Merger In Problem

The Young And The Restless latest spoilers suggest that there might be some sibling rivalry on the CBS soap very soon. Viewers are aware that Devon and Lily are working together on the merger because Lily wants to. But, now Lily’s behavior towards her brother is changing, and Devon might not be able to accept it. What will happen next? Here’s everything about it.

The Young And The Restless: Lily And Devon Have A Conflict, Will The Merger Survive?

For starters, The spoilers for the week of April 25-29, 2022, suggest that Lily and Devon will meet to discuss some business meetings. Viewers keeping up with the show know that Devon agreed to this merger because he thought that he would have an easier time working with her sister.

But, things are taking a different turn since Lily asked Devon to appear at press conferences with her. As for Lily, she feels that all this is important for business, but Devon isn’t habitual of the spotlight.

We know that Devon is more of a private and introverted kind of person who likes to handle things backstage. So, Devon will clarify for Lily, but Lily feels that Hamilton-Winters is merging with Chancellor Industries. And the brother/sister duo should be there.

Moreover, Lily has a point that they want everybody to trust the brand they are creating together. But, things might turn out differently when Lily forces Devon to see things her way.

This whole situation with Lily might make Devon question if he rushed into the merger. There is speculation that Devon and Lily might have an argument over all this, and things with business could go south. Devon will feel that Lily is being bossy and which is something he didn’t sign up for.

There is a possibility that Devon will think about all of this and decide if he will be able to deal with bossy Lily. Towards the end of it, Devon will see Lily’s point. But the merger will definitely have some more obstacles on its way.

It looks like a lot of family drama is coming up. What do you think will happen next? Tell us in the comments below. In the meantime, The Young And The Restless airs on CBS all weekdays. So, Stay tuned. TV Season & Spoilers are your one-stop for all news of soap operas. Don’t miss the action.