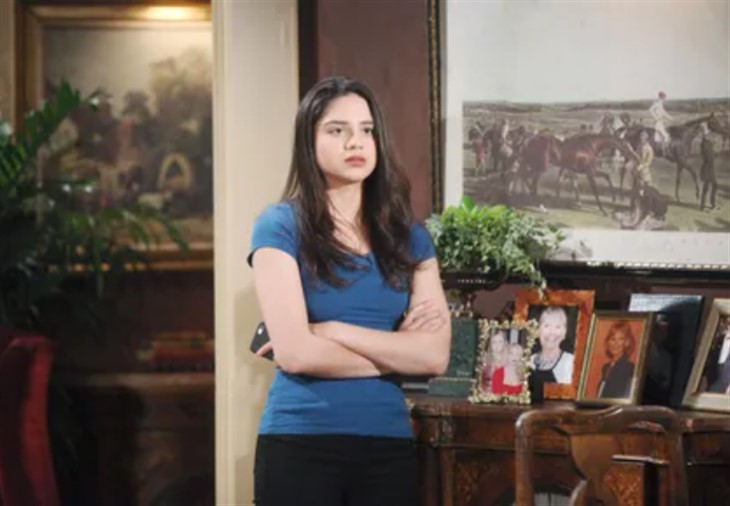 The Young And The Restless Might Bring Lola Back For Noah! Could A New Love Story Be In The Making?

The Young And The Restless viewers know that if there is anything that the soap needs more than ever is to find a romantic partner for Noah. Right now, the soap is trying to establish that Noah is still pinning up for his ex- Tessa Porter. While Tessa is all set to marry Noah’s sister- Mariah, Noah seems to have some weird fixation with her. While all of this is bearable for a while, The Young And The Restless will undoubtedly have to come up with a solution to this.

As per the latest spoilers, Nick and Sharon will team up trying to get Noah to move on. In fact, spoilers for the week of February 14, 2022, also reveal that Sharon will take things into her own hands and set Noah up with a girl. However, Noah won’t be too comfortable with him. So, would Y&R surprise Noah by bringing someone from the past and putting them in their way?

There is speculation that Lola Rosales might be on her way back to Genoa City sooner than later. Y&R viewers would recall Lola had bagged her dream job outside of Genoa City back in the time, and she left the soap. The character was formerly portrayed by actress Sasha Calle. Since Sasha is very busy with her big projects, it is less likely that she will return.

However, we cannot rule out the fact that the role could very easily be recast. If Lola returns to Genoa City, she will be single and need a love interest sooner than later. So, setting her up with Noah would be an intelligent thing to do.

Not only will this be the building of a good storyline, but we are also sure that all The Young And The Restless viewers would love to have Lola back. Not just Noah, when Lola returns, she might be able to help her brother Rey

with his marital issues.

As the speculation has it, Sharon and Nick will continue closer in the upcoming days. All of this will leave Rey rather insecure. So, Lola might return and help her brother deal with all of this. Would you like to see her back on The Young And The Restless? Tell us in the comments below.