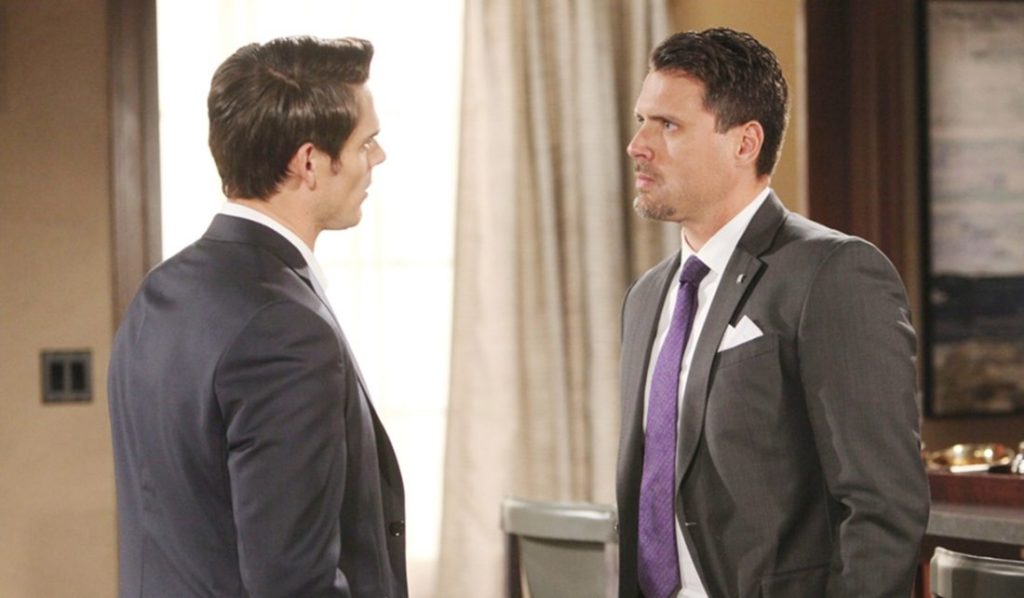 The Young And The Restless: Nick Goes Looking For Adam! Are They In Danger?

The Young and the Restless viewers know that Faith is really sick and needs someone to donate one of their kidneys to her as soon as possible. However, the only match is Adam. So, Faith’s father- Nick Newman has gone out to search for Adam, who is in hiding. The latest The Young and the Restless spoilers suggest that Nick will be able to find Adam very soon. However, that wouldn’t end the problems. Spoilers suggest that the two brothers will find themselves in some dire situation. What could that be? Keep reading to find out-

The Young and the Restless spoilers suggest that after the help from Sharon and Victor, Nick will be able to figure out where exactly Adam is hiding. In the upcoming week, he will go and check the Montalvo house basement and find Adam there, who is all ready with an iron rod to defend himself from this unknown intruder.

However, he will realize that this intruder is his brother and there will be an epic showdown. Spoilers suggest that Nick will tell Adam everything about Faith and demand him to come home. However, Adam wouldn’t believe anything that Nick is saying. In fact, Adam will think that all of this is a trap.

The Young And The Restless: Will Nick Be Able To Convince Adam?

Adam will have a number of counter questions that Nick will have to answer. Adam will wonder why Sharon herself did not come, but then Nick will tell him that it wasn’t possible for her to leave Faith. Then, Nick will argue that he had promised Sharon that he wouldn’t come back home without Adam. So, he will try a lot to convince Adam.

As per the Young and the Restless spoilers, Adam will tell Nick to get lost, and he will refuse his plea. Adam will assume that their house is surrounded by the police only waiting for Adam, and he wouldn’t pay for a crime that he hasn’t done.

However, spoilers suggest that Nick will work overtime, and he might be able to convince Adam. Nick knows that Adam cares for Faith. He recently risked all his freedom when he brought the little girl to the hospital. So, Nick will argue that none of it will be of any good if Adam lets Faith die. Nick might insist that Sharon will never be able to forgive Adam if anything happens to Faith. Adam owes that to Sharon after everything that he has put her through. After listening to everything, Adam will agree to come to Genoa City and donate his kidney and save Faith.

A New Twist Coming Up

After Adam finally agrees to go back to Genoa City, the situation will become difficult for the Newman brothers. Both of them will find that the way they came into the basement is now blocked with a lot of debris. But then, both of them together manage to push all of that debris out. Then as they wait for Victor’s private jet, another disaster will strike.

The Young and the Restless spoilers predict that a tornado will hit and that will trap both the guys. The ceiling will collapse and leave both the brothers on either side. More related spoilers suggest that the situation will be such that Adam will be free to walk away while Nick will be trapped. So, Adam will have to decide whether he would save his brother or simply run away. We will have to tune in and see what happens. The Young and the Restless airs on CBS all weekdays. So, make sure you tune in and enjoy.