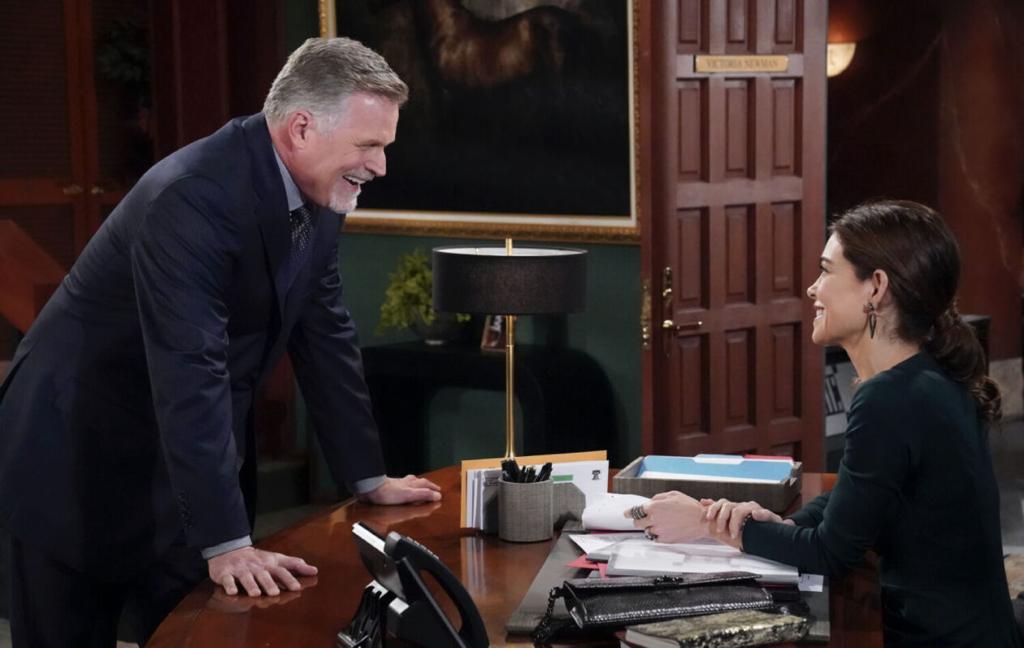 The Young And The Restless Preview: Robert Newman Is Here! Takes On The Role Of Ashland

The Young and The Restless has shared a new preview video to welcome Robert Newman to the soap opera. The preview video reveals that Robert Newman is stepping in as the new Ashland Locke on Wednesday, February 9. Viewers are really excited to see him play the Lockness monster. Right now, there are interesting storylines surrounding Ashland in Genoa city. Keep reading to find out more about the new face of Ashland.

The Young And The Restless: Robert Newman In Genoa City

For starters, The Young And The Restless realized a thrilling preview video to introduce the fans to the brand new Ashland Locke. In the preview clip, Robert Newman walks into Society and says, “Hold on, I don’t think I’m in Springfield anymore. In fact, I’m coming to Genoa City, and I will see you on Wednesday.” This clip has created so much hype for the fans, and we’re all really excited to see him as Ashland’s recast.

The Springfield comment he made referred to the former role that he played in Guiding Light as Josh Lewis. Furthermore, Newman is a phenomenal actor, and now he has been hired to play Ashland on The Young And The Restless. He is no stranger to the world of daytime drama soap operas. He also played a minor role in Santa Barbara and General Hospital. Viewers are excited to see him in action.

The Young And The Restless: Richard Burgi’s Exit

TV Season & Spoilers previously reported that Richard Burgi was let go from the show because he violated the show’s COVID protocols. Burgi’s exit was not planned, and the recast of the character he plays on the soap, Ashland Locke, happened overnight. And we finally have the recast of Burgi on the show. We can be sure that new Ashland, Robert Newman will receive a warm welcome.

Back at Newman, he is a great actor with phenomenal acting caliber. Viewers are excited to see what he brings to the table. He will be seen on February 9, 2022, and will immediately become a part of the interesting storyline surrounding Ashland Locke on The Young And The Restless. On February 9, 2022, spoilers reveal that Victor’s suspicions will grow, and he will ask Ashland about the funding of the Peru clinic.

Ashland will come up with some reasons explaining why he is funding that clinic. Regardless, Victor won’t believe any of his lies now, but he will act as he believes him. Moreover, Robert Newman is making his entrance to the point where he will be working along with some great storylines. Y&R fans are very excited to see him in Genoa City. There was a lot of love and support when viewers saw the preview clip.

One of the fans wrote, “Can’t wait! Welcome to Y&R! Loved GL and can’t wait to see you again!” Other comments were also filled with warm welcome and love. Another fan wrote, “He’s the best actor, so excited to seee him on #YR.” In the comments below, tell us how excited you are to see Robert Newman as the new Ashland? Also, tell us about the possible storyline that viewers might see in the upcoming days. Until then, stay tuned. The Young And The Restless airs on CBS all weekdays.