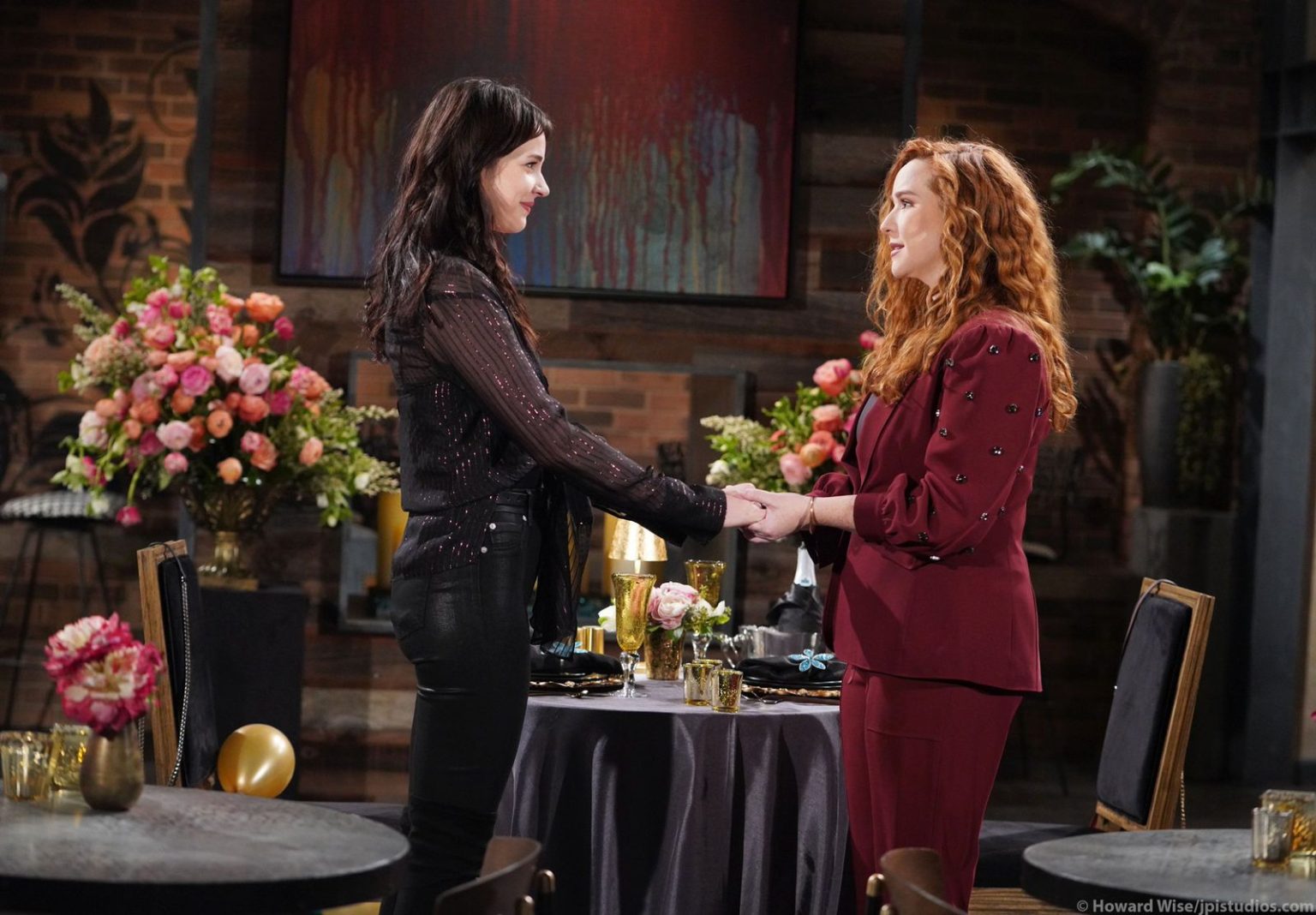 The Young And The Restless Preview Video For The Week Of April 11, Is Out! Allie’s Confession To Jack, Teriah’s Wedding Date Revealed

The Young And The Restless preview video for the week of April 11, 2022, is out. And it reveals that viewers are in for some bombshells and confrontations. First off, Allie will make a confession to her grandfather. Then, Tessa and Mariah will announce their wedding date. Viewers will also see Adam making an offer to Ashland. So, what will happen next? Keep reading to find out.

Starting off the preview, viewers might see Jack and Allie meeting at a cafe. Jack will be worried that if he’s going too far with the whole grandfather thing, but Allie will clarify the problem isn’t him. Allie will confess to Jack that she went back to Diane’s house to hear her out. Viewers know that Jack warned Allie never to meet Diane again.

But looks like Allie felt bad for Diane and wanted to know why she was fighting so hard to meet her son after all these years. Even though Allie doesn’t appreciate being used as a pawn, she was kind of sympathizing with her. Nonetheless, Jack will want Allie to know that Diane is another name for destruction and manipulation, so she should not be around that woman.

The Young And The Restless: Teriah’s Wedding Date Revealed

Later in the preview, Mariah and Tessa will officially have a wedding date. The couple will meet Sharon and Rey, and they tell them that the wedding date is May 13. Sharon might wonder if Tessa and Mariah are talking about 2023.

But, they will clarify that the wedding is literally happening next month. Sharon might be worried about whether the duo can pull all of this in a month or not. Regardless, The Young And The Restless fans are really excited to see the Teriah wedding.

Rounding off the preview, viewers will see Adam making a move to get rid of Ashland completely. In the clip, we can see Adam offering half a billion dollars to Ashland in order for him to leave Victoria and Newman-Locke behind.

This looks like a dangerous deal, and Victor might not appreciate Adam’s rogue mission. Y&R spoilers also suggest that Victoria will not give up on her revenge. So, she might also plan something of her own to bring Ashland down.

What will happen next? We have to wait and watch. Until then, stay tuned. TV Season & Spoilers is your one-stop for all your soap-related updates. The Young And The Restless airs on CBS all weekdays. Don’t miss the action. In the meantime, watch the preview video: