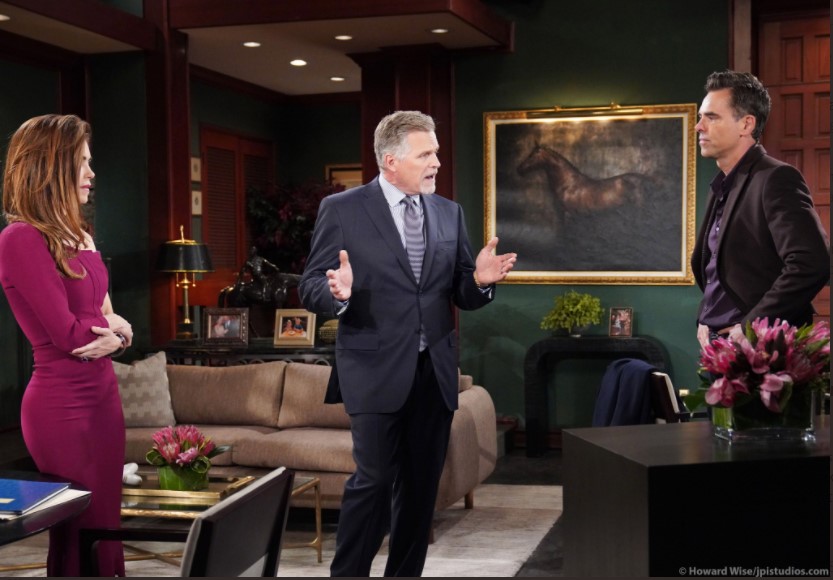 The Young And The Restless Preview Video For The Week Of April 4, Is Out! Jack Drops A-Bomb, Billy Talks To Victoria

The Young And The Restless preview video for the week of April 4, 2022, is out. And it reveals that viewers are in for some bombshells and confrontations. First off, Jack will drop a bombshell on Phyllis. Then, Phyllis and Diane will come face to face for a confrontation. Viewers also saw Billy demanding to talk to Victoria alone. So, what will happen next? Keep reading to find out.

Starting off the preview, Phyllis meets with Jack, where he drops a bombshell on her. It looks like Phyllis is concerned about Jack when he tells her that Diane Jenkins has returned. But Phyllis doesn’t believe him, so he tells her that he has talked to her and met her.

In the video, Phyllis is facing a hard time believing that Diane actually is alive, but Jack reassures her. Jack even takes Phyllis to Keemo Abbott’s old house, which is now owned by Diane. Viewers will see Phyllis getting shocked after watching Diane open the door.

The Young And The Restless: Phyllis & Diane Come Face To Face

Later in the preview, Diane will open the door and find Phyllis in Los Angeles. Phyllis and Diane do not share a good history, which might lead to drama and trouble. Then, Diane acts surprised and tells Phyllis that she didn’t know Phyllis was in town. But, Phyllis will respond back by saying that she didn’t know Diane was even alive.

Moreover, the spoilers reveal that Phyllis might also lash out at Diane for hiding from Jack and her son for all these years. Viewers might witness a lot of drama and trouble stirring up between these ladies in the coming week.

Billy Wants To Talk To Victoria

Rounding off the Y&R preview, Billy will walk into Victoria’s office and declare that he wants to talk to her. He would obviously want to have a conversation with Victoria alone, but Ashland will be freaked out. Lockeness monster is terrified that Victoria’s family is trying to turn her against him.

Victoria might talk to Billy alone and tell him to let her handle things on her own this time. She will want Billy to trust him as Victoria now knows every bit of the truth about Ashland’s fraud, so she will take him down herself.

What will happen next? We have to wait and watch. Until then, stay tuned. TV Season & Spoilers are the one-stop for all your soap-related updates. The Young And The Restless airs on CBS all weekdays. Don’t miss the action. In the meantime, watch the preview video: