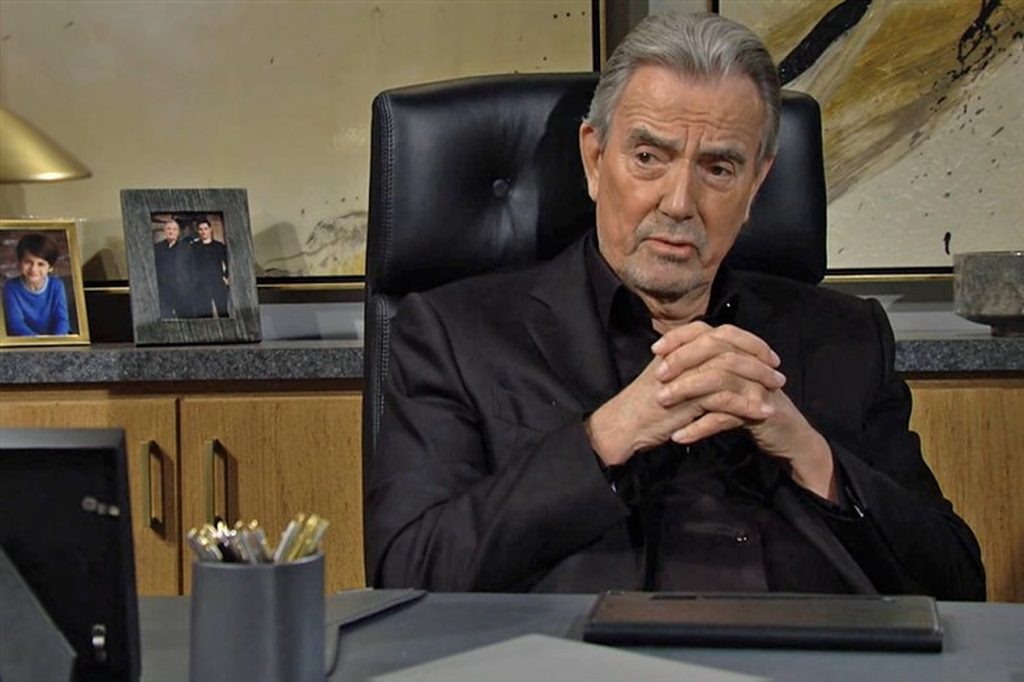 The Young And The Restless Recap For August 2, 2022: Noah’s Plan Rejected By Victor, Adam Accuses His Father

The Young and the Restless recap for August 2, 2022, relayed the story of Victor’s conspiracies. In the beginning, we saw Chance meet with Kevin to ensure Ashland’s autopsy arrived on time. Later Victor, smug after his security team’s interrogation went well, rejected Noah’s nightclub plan.

A dejected Noah opened up with Allie. He was surprised because his grandfather did not tell him anything about Ashland’s death during their conversation. Furthermore, Adam met with Victor and accused him of benefitting from Ashland’s death; Victor stormed out and offered no explanations. Sally met Nick and asked him how the family was dealing with Ashland’s death.

In this episode of The Young and the Restless, we saw Chance conversing with Kevin Fisher at Crimson Lights. He told him all about the complicated investigation of Ashland’s murder. Moreover, he wanted to butter up the medical examiner so they could have the autopsy sooner than later.

Meanwhile, at Society, Victor got a call with some good news. Things went well during the security team’s interrogation by the police. Furthermore, there was also a discussion on Noah’s nightclub. Victor rejects his grandson’s idea because he wants Top of the Tower to become a proper restaurant.

The Young And The Restless Recap: Noah And Allie Get Close

After his grandfather’s rejection, Noah decided to meet Allie Ngyuen in this episode of The Young and the Restless. Allie consoled him and told him there was space at The Grand Phoenix, as suggested by Summer. Right then, Noah saw a news flash about Ashland’s death and wondered why Victor did not tell him about this during their conversation.

During their conversation, Noah told Allie about Victor’s previous hostile takeover of Jabot. He wondered if there could be another such episode between Victor and the Abbotts. Moreover, he was worried that Allie would lose a lot in the middle of the drama. Allie reassured him and told him she wouldn’t want to break things off with him. This made Noah very happy, and they shared a passionate kiss.

In another part of town, Adam met Victor and told him about his conversation with Chance. Chance suggested that Adam skip his trip to Las Vegas and be there for his family during the tough time. Furthermore, Adam was concerned about Chance calling the story of the night of the murder the “official version”. Did that mean there was another story for Ashland’s death?

Well, whatever the case, Victor had a happy ending. Victor was agitated by Adam’s accusations. Adam continued to remind Victor that Ashland’s death was beneficial for Victor – now, he had no enemies. Victor stormed out of the room after Adam accused him. Adam looked out of the window and watched his father leave.

The Young And The Restless Recap: Sally Wants To Know About Ashland’s Death

The news of Ashland’s death reached Sally as well. In a meeting with Nick, she thanked him for being honest about her role at Newman Media

. On the other hand, Nick was sorry for being rude to her. Later, Sally tried to get Nick to tell her about the news of Ashland’s death.

She also wondered how Victoria was dealing with the news. Nick informed her that Victoria was off for a trip with the kids, which shocked Sally. The Young and the Restless airs weekdays on CBS. Catch the latest news and updates from the show only on TV Season & Spoilers.