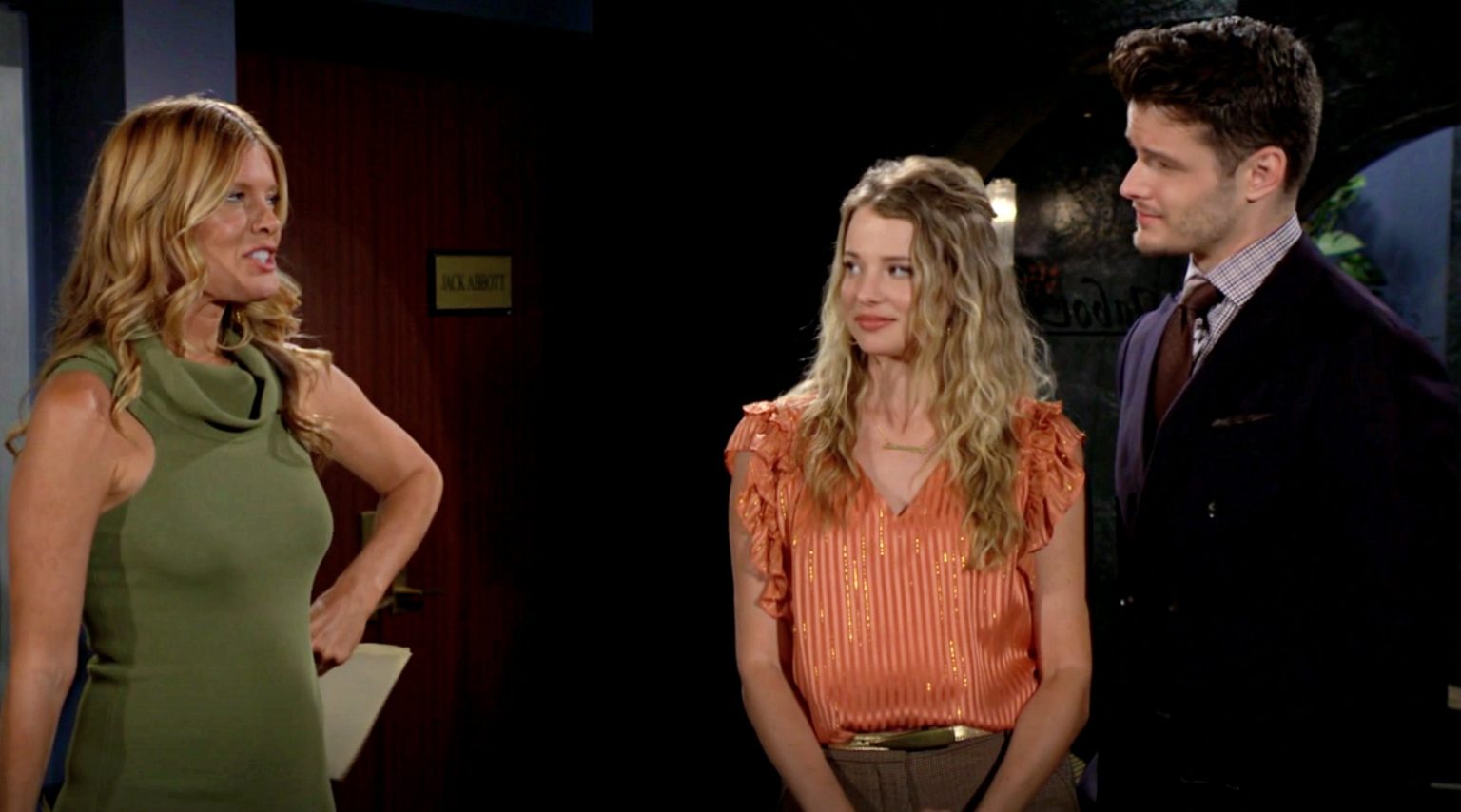 The Young And The Restless Recap For August 25, 2022: Kyle & Summer Get Suspicious, Chelsea & Sally Have A Face-off

The Young and the Restless recap for August 25, 2022, revealed the story of Diane and Jack’s brief interaction. Kyle thought Diane was flirting with Jack and confronted her. Diane denied his accusations and told him Jack was just a friend. Meanwhile, Summer confronted Phyllis about Talia from LA. Phyllis denied Summer’s accusations and told her she just wanted to be a great mom.

Meanwhile, Sally ran into Chelsea at the park. Sally had seen Chelsea and Adam have a heated discussion. Chelsea mentioned it was nothing, just their usual interactions because of Connor. Sally felt Chelsea was exaggerating about her past with Adam.

Kyle Is Mad At Diane

In this episode of The Young and the Restless, we saw Diane talk to Jack about her upcoming plans for Marchetti. Jack assured her that she did not need to run her work by him. So, Diane agreed with him and decided to run it by Mariah Copeland from here on. However, since she was with Jack at that very moment, she also decided to get his opinion.

The Young And The Restless spoilers say that Kyle saw Jack with Diane and barged into his office. He made an excuse and pulled her out of the cabin. Kyle accused Diane of flirting with Jack and told her she could not do it anymore. Diane assured him that was not the case. She appreciated Jack’s presence as a friend and mentor in her life. Kyle wanted this to be true; however, he was suspicious of his mother.

The Young And The Restless Recap: Summer Suspects Phyllis

Meanwhile, Summer admitted she recognized Talia Morgan as a journalist from Los Angeles at Society. Previously, she saw Talia with Nikki and Phyllis. They suggested she was here to write about the Newmans dealing with Ashland Locke’s death. However, Summer was worried that this was Phyllis and Nikki’s plan to mess with Diane.

Summer confronted them, and Phyllis assured her that was not the case. Moreover, Phyllis could not risk ruining the chance of working with her daughter. She wanted to be a good mother and grandmom for her family. Summer was having a hard time believing Phyllis.

Right then, Billy arrived and talked about the paperwork for the final sale of the Grand Phoenix. Phyllis had the papers; however, Summer asked her mother if she was ready to let go of the hotel. Phyllis signed the papers on her tablet and declared the sale was done. Billy confirmed if this was what Phyllis wanted – she assured him this was her way of showing the world her power.

Sally And Chelsea Get In An Argument

In The Young and the Restless episode of August 25, 2022, Sally ran into Chelsea. She mentioned Chelsea’s heated conversation with Adam. Chelsea assured her that everything was alright. She was associated with Adam because of Connor and their past.