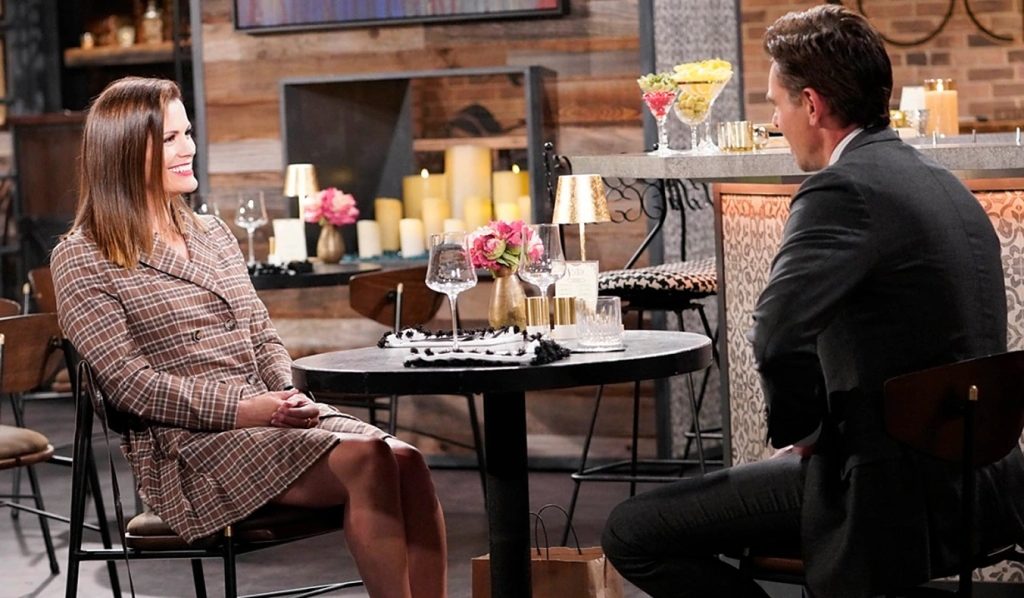 The Young and the Restless recap for Friday, August 19, 2022, revealed the story of Diane’s heartbreak. She dreamt about Jack telling her about his romantic feelings for her and kissing her. Turns out, it was all but a dream. Jack arrived in real time and asked her about her plans for the future. Dejected, Diane told him she had no aspirations as she did not want to be heartbroken.

Meanwhile, Chelsea and Billy talked about life. Chelsea wanted Billy to embrace his podcast and past to feel confident about himself. She also wanted Billy to convince Victoria to make the right decision. Previously, Chelsea spoke to Victoria about telling Johnny she was his biological mother. How did that pan out? Here is everything about it.

In this Friday episode of The Young and the Restless episode, we saw Jack call Diane home. Jack asked her what she wanted. Diane insisted she wanted good health and happiness in her life. Jack asked her to be honest about her desires. He took her hand and told her he was asking about their relationship.

Diane confessed she had feelings for Jack, deeper than friendship. However, she knew he would never reciprocate. To her surprise, Jack confessed to feeling the same way about her. Diane was over the moon and did not want her daydream to end. They shared a passionate kiss as well. Turns out she was dreaming and woke up to Jack calling her. Jack wondered if she was okay.

In the present, Jack asked her the same question again. He meant to ask her if her overall goals and living situation was how she liked it. Diane told him it was better not to dream too much. You won’t be let down if you do not have any aspirations. She decided to head out, and he offered her a ride. Diane declined his offer but was happy to see his concern.

The Young And The Restless Recap: Billy And Chelsea Discuss Life

Meanwhile, Chelsea thought about Billy and Victoria’s relationship. Billy confessed it was his fault. However, Chelsea told Billy had been tamed down. Billy laughed and accused her of finding new ways to call him boring. Chelsea inquired if he feels that way about himself. Moreover, what part of his past does he miss?

Billy suggested it was just good old nostalgia for his youth. His family was concerned about him and saw him as a troublemaker. The two spoke about Lily and her suggestion to quit the podcast. Chelsea insisted that making podcasts was a part of Billy’s personality. Billy tried to deny her claims, but Chelsea wondered if she was right.

Before leaving, Chelsea discussed Johnny again. She wanted to tell him she was his biological mother. Furthermore, she wanted Billy to convince Victoria to make the decision. Billy thought about it and told her he could not guarantee anything. He thought Victoria needed more time and space to make her decision about the matter. The Young and the Restless airs weekdays on CBS. Stay tuned with TV Season & Spoilers to get the latest updates.