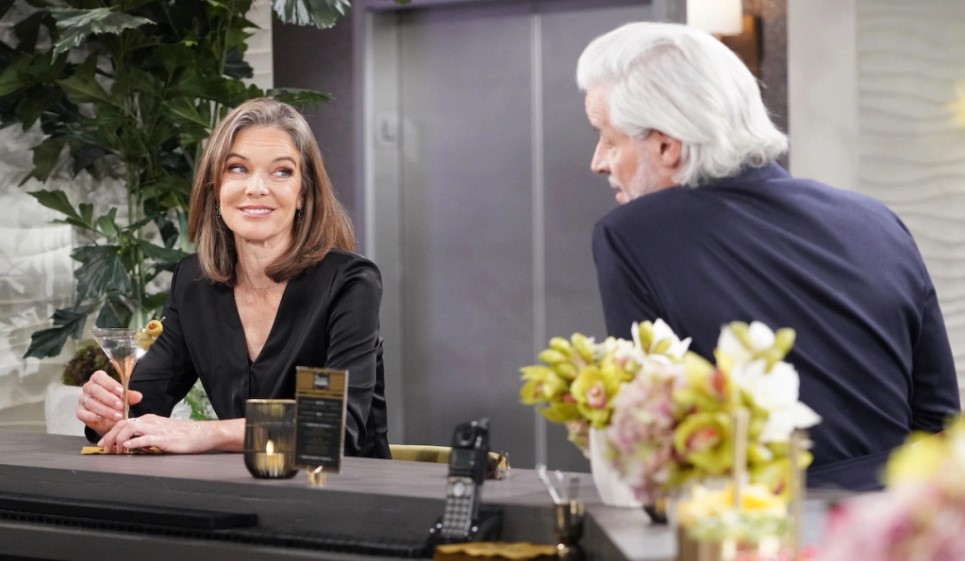 The Young And The Restless Recap For June 24, 2022: Michael Finds Information, Phyllis and Diane Call A Truce

The Young and the Restless recap for June 24, 2022, episode is here. This episode relays Victoria’s plans to sabotage Newman Enterprises. She pretends not to care about her family in front of Ashland but makes a provocative call to her brother, Nick Newman. Meanwhile, in another part of town, Summer continues her mission to bring peace between her mother and Diane. The three of them meet at Chancellor Park where Phyllis offers a reluctant olive branch; only time will tell if she will actually keep her word.

In this episode of The Young and the Restless, we saw that Sally was nervous about her Livestream. Adam, on the other hand, was quite confident about their next steps. Meanwhile, after Victor resorted to his helo, Michael was able to locate Victoria and Ashland successfully. Turns out, the rebellious couple is living in a hotel in New York!

Furthermore, Victor will put all his energy into dealing with Victoria and Ashland. Next, he will find out about their meeting with an elite real estate agent. Of course, the couple was looking for a fancy place for their new company. He arrives at the office to have a word with his new CEO, Adam. Adam assures his father that he has all hands on deck and will not disappoint him.

The Young And The Restless: Nick Gets A Phone Call, Victoria Makes Moves

Meanwhile, in New York, Victoria has a conversation with Ashland about the announcement of the new successor. Victoria tells him she always knew that her father was capable of using Adam for a movie like this. Despite all her assurances about him unbothered, she makes a sneaky call to her brother Nick Newman when Ashland is away.

During the phone with her brot her, Victoria informs him about her arrival in New York. She also lets him know that she did not have the time to catch Adam’s press conference. Furthermore, to add more spice to the conversation, Victoria informs Nick

about her upcoming meeting with investors.

Nick is curious to hear about these developments. He asks her if she used Ashland’s contacts to get in touch with the investors. She is glad to tell him that the contacts were, in fact, her own. Later on, Nick catches on and understands that Victoria might end up starting a company that would rival their brother’s company – Newman Media.

Meanwhile, in another part of town, Summer insists that her mother, Phyllis, meets with Diane at Chancellor Park. She is on a mission to unite them so that peace returns to their town. Phyllis is as pokey as ever, and despite her anger, she manages to offer an olive branch to Diane. Diane is not convinced

about Phyllis’ peacemaking gestures in this episode of The Young and the Restless.

After the evening, she heads to the Abbott mansion and informs Kyle and Jack all about the events of the evening. Once Kyle leaves, good old Diane does her thing again and lets Jack donut Phyllis’ intentions. Just then, Jack receives a message from Phyllis, asking them to meet her. What would Phyllis say? We will have to wait to know. The upcoming episode of The Young And The Restless will come bearing too many answers. Make sure you tune in. The Young and the Restless airs on CBS on weekdays.