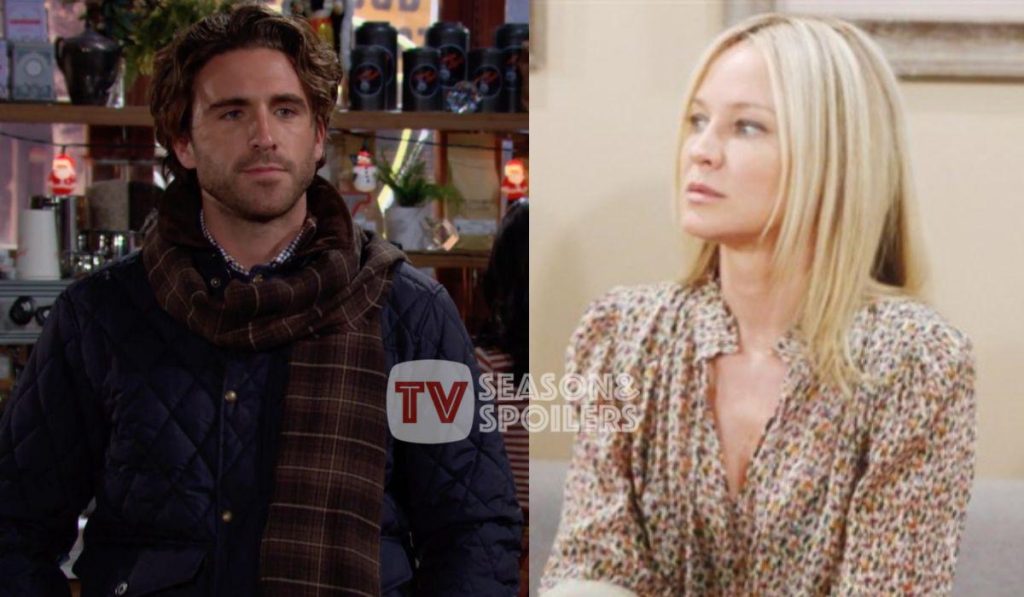 The Young And The Restless: Sharon and Chance Attracted Towards One Another, Forbidden Kiss Leads To Breakups

The Young And The Restless spoilers reveal that things are going to change for Abby and Chance in the coming weeks on the soap. The viewers might expect trouble coming their way. There is speculation that Chance, due to his continuous struggle, may find it hard to connect with Abby. He might look for support and advice somewhere else.

Sharon might be the one to console him and help him. So there are chances that one thing might lead to another, and Chance and Sharon could end up getting close to each other. What would happen next? Keep reading to find out.

The Young And The Restless: Abby and Chance Are Walking On Thin Ice

TV Seasons & Spoilers previously reported that Abby has agreed to Devon’s shared custody proposition. While Abby is struggling with Dominic’s absence, Chance was seen being distraught after reading a letter probably from one of the families of an agent who died in the explosion in Spain. When Chance reads the letter, not only will he relive the explosion again, but it might give him guilt syndrome.

Y&R viewers would recall when Abby went looking for Chance in Spain, he wanted to finish his assignment. He didn’t want to leave his team behind. Regardless, Abby convinced him to come home, saying his family needed him.

But, coming back home hasn’t really helped Chance. Not only does he feel that he didn’t complete his job. He feels that he is not a good dad nor a great husband to Abby. So, there is a possibility that Chance might start blaming Abby for all this. He might look for a way out of his guilt and ask for a divorce from Abby.

Regular viewers know that Chance’s psychological health has taken a toll on him, and he’s reluctant to take help from any professional yet. So, he might end up talking to Sharon at the coffeehouse, who seems to offer advice whenever someone is distressed. However, Sharon doesn’t have an office, nor does she practice as a therapist professionally, but she continues to help people at her coffeehouse. She seems to have a sixth sense when people are in need.

So in the episodes, viewers might get to see Sharon and Chance sit down together and mull over the issues that Chance is facing. Sharon won’t tell him what to do but just listen to him without judgment. Sharon will be very understanding of Chance’s problem; she would advise him and help him with his struggles. Furthermore, Chance will feel like he is being heard and start getting closer to Sharon.

The Young And The Restless: Sharon Worries About Her Marriage

Sharon, meanwhile, is feeling a bit concerned about her marriage. Sharon recently noticed Rey’s jealous side. On 24th January 2022, viewers saw Rey and Chelsea sharing a comfortable conversation on the patio. Sharon was taken aback to see how well her husband connected with Chelsea. It might lead her to feel insecure about her marriage. Not only her, TV seasons & spoilers previously reported that Rey is also feeling insecure about Sharon’s bond with Nick. Rey lately has been feeling like an outsider too.

Rey seems to be really connecting with Chelsea and her issues with Adam. With the insecurity of watching Chelsea and Rey together, Sharon might lean on Chance for support too. As they have already discussed Chance’s problems, Sharon might also find comfort from Chance. So, Chance and Sharon might start getting closer.

When there’s trouble in paradise for Chance and Abby, Chance might blame Abby for bringing him back from Spain and all his struggles. Thus it will bring a crack in their marriage. In order to find comfort and support, Chance looks up to Sharon. On the other hand, When Sharon notices the closeness between Rey and Chelsea, she might also look for comfort in Chance.

There are speculations that Sharon and Chance might get carried away in an intimate moment which will definitely break poor Abby’s heart. As for Rey, it would be the last thing that he could take. So, Sharon and Chance coming together will not destroy one relationship but two.

Tell us in the comments below. Do you want to see Sharon and Chance together or not? Until then, Stay tuned. TV seasons & spoilers will keep you updated with all the news updates. The Young And The Restless airs on CBS all weekdays.