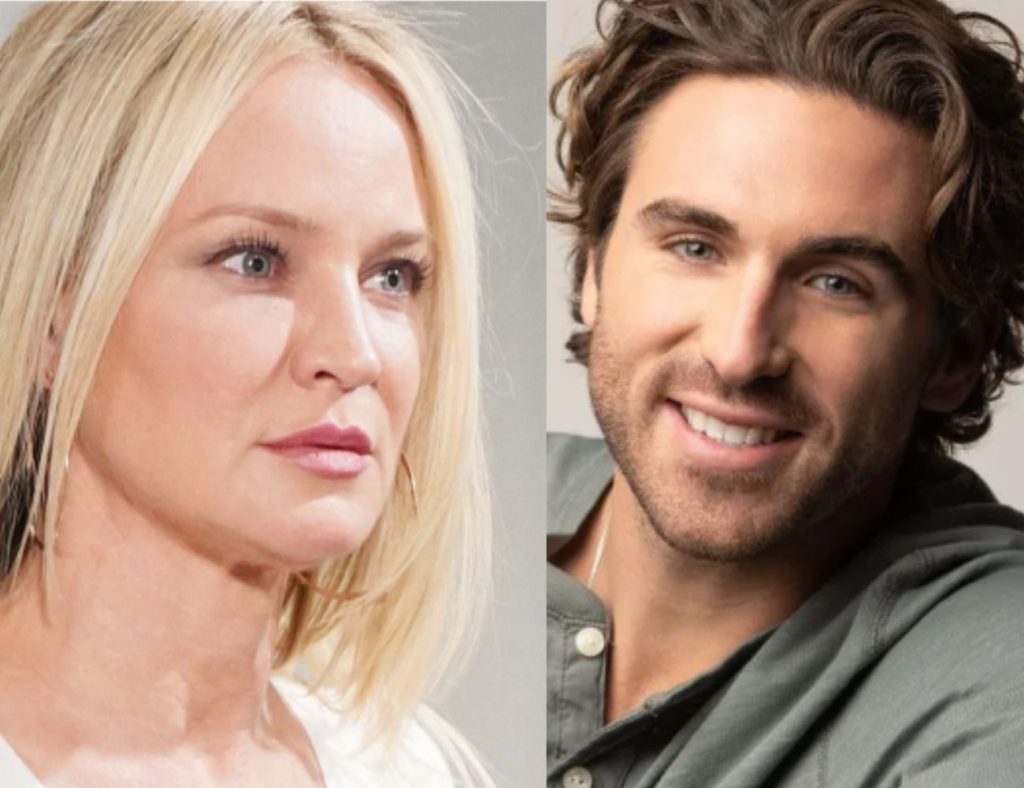 The Young And The Restless: Sharon Gets Closer To Chance, New Romance Comes Into Play

The heartbreak season on The Young and The Restless is always followed by the new-love season! And we know a fair share of hearts have recently been broken on the CBS mega soap. While some characters quickly moved on, others chose to wait longer before jumping in with the next available single! One such patient character is Sharon. She tragically lost the love of her life, Rey, and has remained single ever since. However, it seems the tides are about to change in favor of Sharon’s love life. Spoilers suggest she will soon start a new romantic relationship! But who could it be with? Well, we hear Chance Chancellor is on the market!

Chance And Sharon’s Heartbreaks On The Young And The Restless

Sharon had found stability in her happy marriage with Rey Rosales on The Young and The Restless. However, our favorite heroine’s happiness with the handsome cop was short-lived. Sharon was left heartbroken when Rey passed away in a road tragedy. The Geona City psychologist, ever since then, has been taking time to focus on healing her heart and spending time with her children instead of rushing into another romance. Finding peace in lending a listening to ear to all her fellow citizens and offering them sound advice for their problems.

On the other hand, Chance recently had his heart broken on The Young and The Restless when Abby hooked up with Devon and Chance walked in on them. Even though Chance admitted that he saw Abby and Devon’s rekindling long coming, we bet it still would’ve pinched a great deal. It’s never easy to walk in and find your wife in another man’s arms. However, it is also true that Chance and Abby’s relationship was experiencing a slow death. The couple was drifting further apart every day. Abby felt Chase wasn’t giving her enough attention, while Chase felt constantly nagged and misunderstood. So, his decision of wanting to end the marriage is no surprise at all.

Chance And Sharon A Perfect Match

The main issue responsible for tearing apart Chance and Abby’s marriage was that she never really could wrap her head around Chance’s nature of work as a cop. The erratic hours, the sudden call-ins, Abby just didn’t get it. She felt Chance prioritized his work over her and their family on The Young and The Restless. The constant nagging eventually turned Chance cold toward her, and he started to distance himself from her. Sharon, on the other hand, understands that life. She was married to cops twice before. Detective Dylan McAvoy and then Rey Rosales.

Speaking of Rey, viewers will remember Rey and Chance were partners on The Young and The Restless. Rey’s passing did not just hurt Sharon, Chance too took a big hit to his heart. While Sharon took her time to heal from her loss in helping others, Chance found healing in spending time closing all of Rey’s open cases. A gesture that touched Sharon deeply. So the two of them are tied together with a cord that is close to both their hearts. It won’t be too surprising if Sharon and a freshly single Chance start bonding more often and their friendship takes a more romantic turn. Would you like to see Sharon and Chance paired up? It does have a nice ring to it! What do you think? Tell us in the comments below! Meanwhile, stay tuned to CBS over weekdays to see what happens next to Sharon and Chance on The Young and The Restless