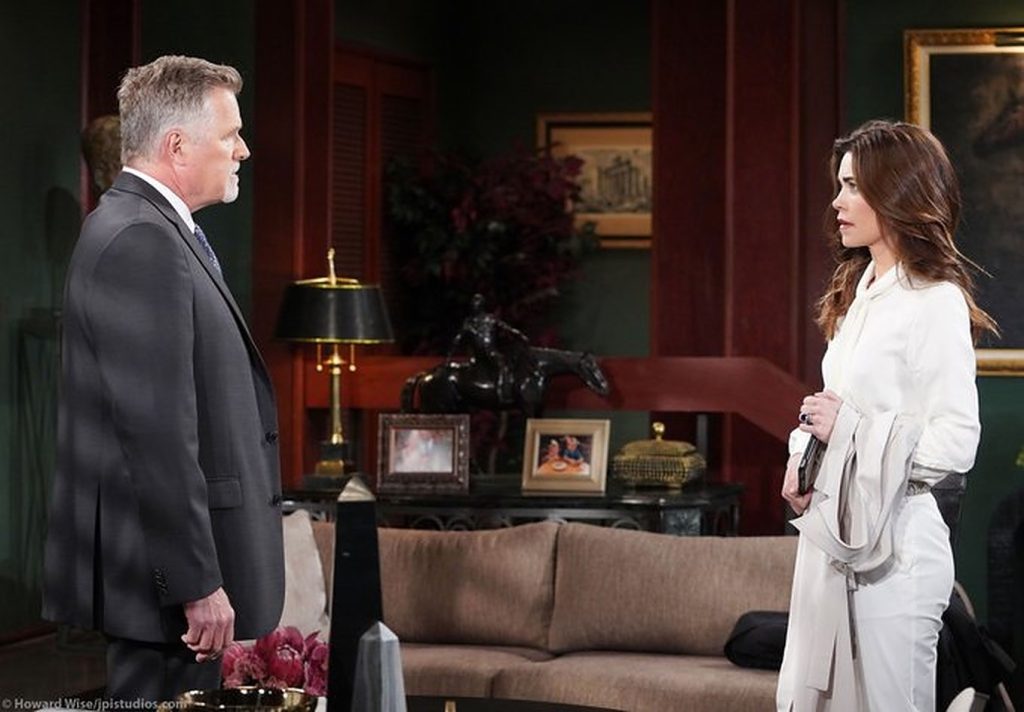 The Young And The Restless Spoilers: Ashland & Victoria Start A New Business Empire, Goes Head To Head As A Power Couple With “Ally”

The latest The Young And The Restless spoilers suggest that after stepping down from the Newman business, Victoria will make a decision with Ashland. Keeping in mind the kind of woman Victoria is, she will want to work. So, it is possible that she would join hands with Ashland and would start a new business of her own. They would once again become a power couple, and a feud between Ashtoria and Ally would start. What would happen? Here is all about it.

The Young And The Restless: Ashland And Victoria’s New Decision

The Young And The Restless viewers would recall the last time when Ashland said he wanted to run away with Victoria; he had proposed the idea that they could build a new empire together. Ashland knew that leaving the whole Newman fortune won’t be very easy for Victoria. So, he had a backup. Now that Victoria has decided to leave everything to do with the love of her life, there is a possibility that she would weigh in on the idea of starting over with Ashland. That would mean building a new business together.

The two of them will have enough money after the deal Ashland cracked with Victor. With that in mind, Ashland could start a new business along with Victoria. Ashland also has the Locke name, which clearly is powerful. So, Ashland’s power and money, along with Victoria’s business acumen, could help them start something new. Both Ashland and Victoria could become a power couple after this.

Once Victoria steps down from the Newman throne, it is likely that Adam will be the one who takes over the throne. Adam and Sally will become the ultimate power couple thereafter, and it could start a new feud between these power couples. As The Young And The Restless spoilers suggest, Adam will take over the business. Being Adam’s girlfriend, Sally will also get to carry it on. So, that would start an interesting fight.

While there is a possibility that Ashland would suggest they retire and enjoy the life, it looks less likely that Victoria would want to retire. Instead of leaving the town, the two of them might decide to stay in Genoa City and show everyone that they can conquer anything together. It looks like that Victoria would end up getting in another battle with her brother. How would all of this rollout? We will have to wait to know. The Young and the Restless airs on CBS all weekdays. Make sure you tune in and enjoy.