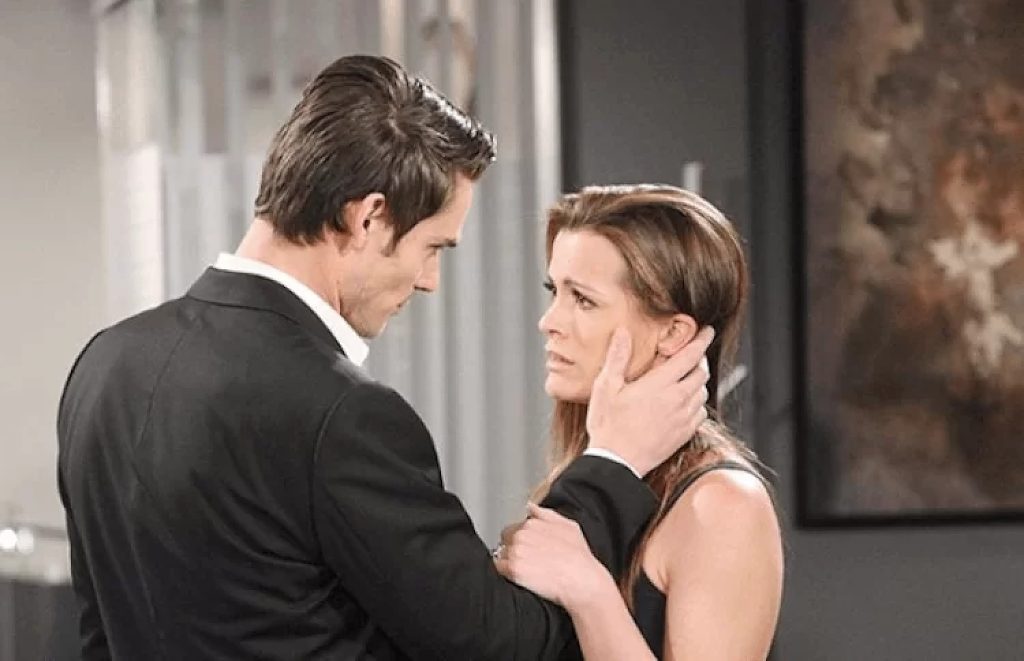 The Young And The Restless Spoilers: Chelsea And Adam Back Together, Heartbroken Exes Find Love In Each Other?

The Young and The Restless spoilers claim that a past couple might come back together in the upcoming days. After Billy rejects Chelsea and leaves her lonely, she might find love in another Genoa City resident. The speculation is, that Chelsea and Adam might find their way back to each other very soon. Both of them are single and struggling in their life at this moment. So, maybe, the nostalgia factor will come into play, and Y&R might bring the two of them together. How will this storyline play out? Keep reading to find out.

Chelsea And Adam Are Single

Chelsea has been struggling with her love affairs for a very long time. Earlier, she had developed feelings for Rey. However, Rey died in an accident, and the story could not pan out. It took her quite a long time to move on from his death. Now, she is rather infatuated with Adam. In the recent spoilers, Chelsea kissed Billy during their podcast. However, he explained to her that she got the wrong idea.

To her dismay, Billy friend-zoned her. He also stated that Lily is the only person he loves. Yet again, Chelsea will become lonely. Further, on The Young And The Restless Chloe warned Chelsea not to go after men who are committed. But, she clearly avoided her warnings and again ended up messing her life.

Then there is Adam, who recently broke up with Sally. Earlier, Adam promised Nick and Victoria to stay away from Sally in order to sustain her CEO position. For that, he broke up with her. It was not that he felt out of love but rather wanted to protect her.

On the other end of this whole equation was Sally. She tried hard to make Adam confess that he still loved her. She had a hunch that Adam was trying to protect her position and did not actually want to cut ties. However, Sally couldn’t succeed in her plan and finally decided to move on. Afterward, she also started focusing on her career instead of Adam. Now, if we see, both Chelsea and Adam are single. Will there be any romance sparking between these two?

The Young And The Restless Spoilers: Broken Hearts Come Together, Will Y&R Revive This Old Couple?

Right now, Adam and Chelsea are both going through the same dilemma. Not only that, they both are single. The Young And The Restless spoilers show that next week’s cliffhanger will be of Adam consoling Chelsea over her heartbreak. Chelsea and Adam will cross paths in a park.

Later, they will know that both of them are going through a tough time. This will lead to them opening up to each other about their recent setbacks. They will also lean on each other to show their support in this tough time. However, this shows that they still care about each other, even if things were pretty chaotic in the past. The real question over here is: Will this little concern sparks a new romance between the ex-lovers?

Adam and Chelsea always were very composed with each other. The Young and the Restless fans know that Chelsea and Adam were a thing in the past. Even though they initially started well, with time, things changed. Due to Adam’s past mistakes, Chelsea became overprotective of her husband. Things escalated further, and Chelsea had to get admitted into an asylum. Whatever it was, this relationship was pretty chaotic in the past.

But, with recent happenings, is there any chance of Adam and Chelsea reviving their relationship? The timing to go forward with this idea is perfect. But however, if they really end up together or not is still a question mark. Watch The Young And The Restless, it airs every weekday on CBS. For more information on updates and spoilers, visit our website. TV Season & Spoilers.