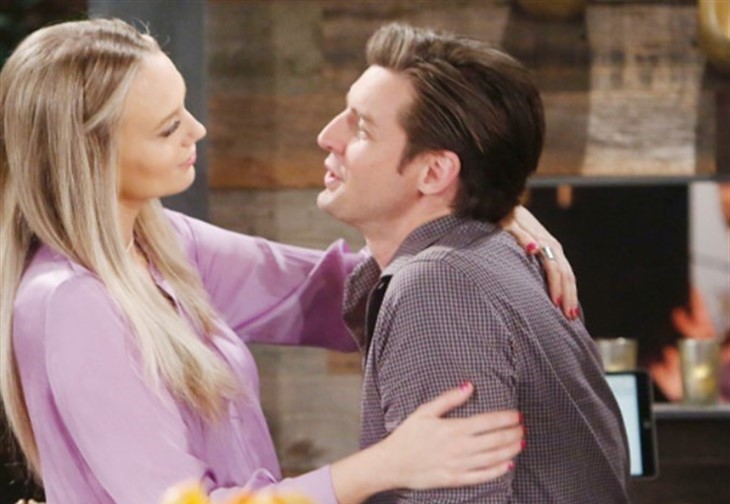 The Young And The Restless Spoilers: Christine Delivers Some Shocking News To Abby, Is Chance DEAD?

The Young and the Restless spoilers suggest that Abby will soon come to know something about Chance Chancellor and she will crumble. Chance has been missing from the soap for a long time now. And, in the upcoming days, viewers will find out something about his whereabouts.

The Young and the Restless spoilers reveal that Christine Williams will drop a truth bomb that will change everything. What could this be about? Here is everything to know.

The Young and the Restless viewers who have been keeping up know that Abby is struggling. She had dreamed of a family with Chance Chancellor. But right after their marriage, Chance went on this secret mission. While Abby is trying to pretend that everything is fine, the truth is, it isn’t. Abby wants Chance to come back home.

Now that Dominic-Newman-Abbott-Chancellor has arrived, Abby wants Chance to come home more than ever. But, she hasn’t even had the opportunity to speak with Chance. That is something that is pushing Abby on edge. Right now, Abby feels that she hasn’t signed up for this mission. She is mad at Chance for not even talking to her before he takes upon it. So, she is fed up now. However, things are about to get even difficult.

The Young And The Restless: Christine Has Some News

The Young and the Restless spoilers for the week of October 18, 2021, reveals that Christine will have some news for Abby that will crush her world. While what Christine tells Abby isn’t confirm yet, speculation has it that Chance might go missing on his assignment.

Celebdirtylaundry.com hints that Christine will tell Abby that Chance is gone without a trace. This will leave Abby all worried. She will start getting anxious about what could have happened to her husband. Some Y&R spoilers also hint that Chance Chancellor might also turn up dead.

How Will This Whole Storyline Playout?

The Young and the Restless have left Abby in limbo for the past many months. She wasn’t aware of where Chance was, and now, she is close to breaking. If Chance turns up dead, it will give Abby and Devon to conquer the romantic waters.

The Young and the Restless have been trying to push both of them closer for a long time now. So, would they realize their true feelings for each other? We will have to wait to know. Tvseasonspoilers.com will keep you up with all the news about the soap as it surfaces. So, stay tuned. Much drama is coming up around Abby in the upcoming days. So, be sure to tune in and enjoy.