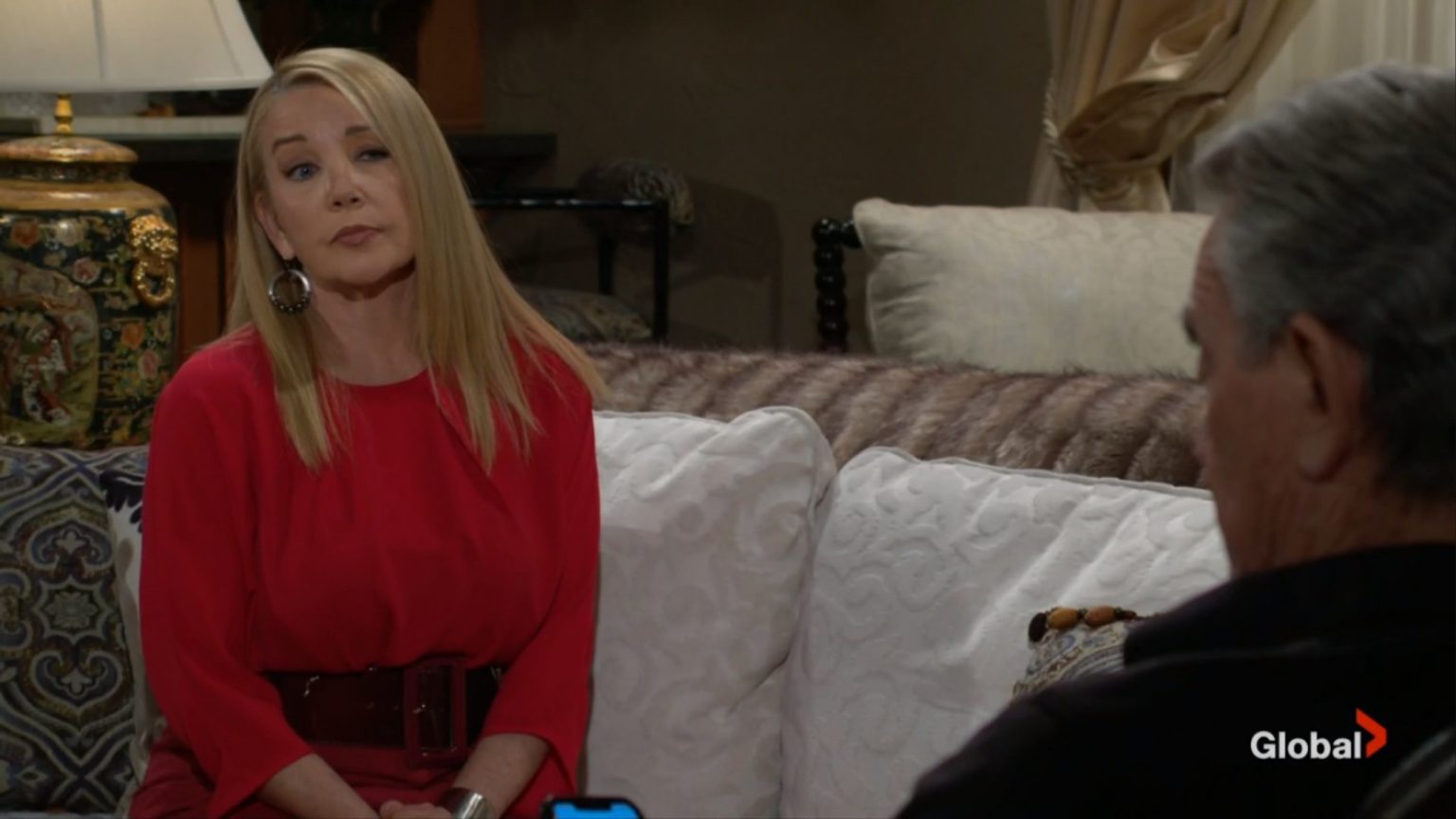 The Young And The Restless Spoilers For August 11, 2022: Nikki Approaches Abby, Phyllis’ Move Against Diane

The Young And The Restless spoilers for August 11, 2022, reveal that Nikki will approach Abby with a special request. Even though Nikki will not tell Abby everything, she will know what she wants her to do. She will initially be reluctant but might soon change her decision. Elsewhere, Phyllis will craft a new plan against Diane. Later, Elena will come and rant about her problems to Devon. Keep reading to know what Y&R has in stores for its viewers in today’s episode.

The Diane-hater trio is on the action since the day Phyllis, Nikki, and Ashley came together. The latest The Young And The Restless spoilers show that Phyllis will make another move, but this time, she will not inform her fellow haters. Phyllis is confident with her move, so she might not feel the need to give them a heads up.

Whatever it is, the Y&R spoilers say that Phyllis will be determined to throw Diane out of Genoa City. For now, she is focused on her new sabotaging ways with a tint of hope to take down Diane. Will she succeed in her new plan? Will know this in today’s episode.

The Young And The Restless Spoilers: Devon Comforts Elena

After returning back to Genoa City, Elena can literally feel the closeness between Nate and Imani. The spoilers for The Young And The Restless claim that Elena thinks that Imani is the one to have caused trouble between Nate and Devon also. So, she will head to see Devon and talk to him about it.

Apparently, Devon will get the hint but will also acknowledge how rigorously Imani is pursuing Nate. All this is creating rifts between the couple. However, Devon will listen to her rant and will provide her with some comforting words. In the meantime, Nate will not think that Imani’s concern is something huge.

Nikki knows about the possible problems that might fall upon her family. She knows that Chance is determined. So, she will want to find a solution. For this, she will approach Abby. The spoilers for The Young And The Restless say that Nikki will meet Abby. Even though she might not straight away tell that the family is involved in Ashland’s cover-up, she will clearly put forth what is at stake.

However, Abby knows what Victor is capable of. It won’t be difficult for her to realize that Victor might be the one behind all the mess. Abby knows that Victor can go to any lengths to save his children. In the meantime, Nikki will hint that she wants Abby to get Chance to back off.

Initially, Abby will refuse to show any support for Nikki’s plan. But later, she might realize that her family is at stake. It is teased that Abby might interfere when she thinks that Chance has gone too far. It is a matter of time when Chance can get hold of Victor’s mission. Watch The Young And The Restless, which airs every Weekdays on CBS. For more information, visit our website, TV Season & Spoilers.