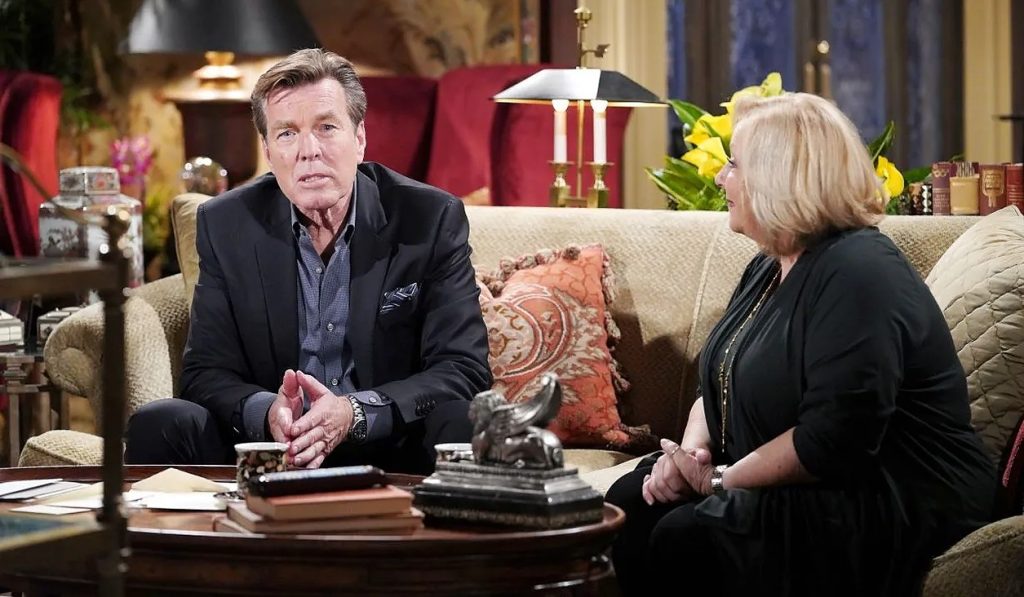 The Young And The Restless Spoilers For August 29, 2022: Nick Lashes Out On Victoria, Sally Questions Nick

The Young And The Restless spoilers for August 29, 2022, reveal that Nick will reject Victoria’s plan in the upcoming episode. He will make it clear that he does not need anyone’s protection, especially his family’s. Over with Traci, she will push Jack with questions about Diane. However, he will warn Traci not to interfere. Meanwhile, Phyllis and Nikki will move forward with Diane’s takedown mission. Lastly, Chelsea and Adam will open up about their recent setbacks. Keep reading and find out what will happen on Monday’s episode.

On Monday, Victoria will devise a sneaky plan to save Nick and Victor from this whole Ashland mess. She will tell him that they can use Sally to get hold of Adam. However, Nick will reject her plan. He will state that the idea of protecting him is the root cause of the whole cover-up.

Also, he will not like the fact that Newmans are always concerned with escaping the situations. Victor has always tried to escape instead of facing the consequences. As for Victoria also, he will feel that she is following Victor’s footsteps. By the end, he will be disappointed and tell Victoria that he understands Adam now.

Elsewhere, Nikki and Phyllis will plan against Diane. They are expected to make a bold move. Whatever it is, Talia Morgan is already onboard and ready to write a juicy article about Diane. Will Diane know about their plan? We will know that.

The Young And The Restless: Jack Warns Traci; Chelsea-Adam

Further on The Young And The Restless, Jack and Diane will have another flirty moment. However, Traci will witness their closeness and will confront Jack with questions. On the contrary, Jack will warn Traci the similar way he warned Kyle. He will not want Traci to babysit him. He does appreciate his family looking for him, but it should not turn into overprotective behavior.

Elsewhere, Chelsea and Adam will cross paths in a park. They will realize that both are facing issues in their lives. Ultimately, Chelsea will ask Adam who should come clean first. They both will open up about their recent setbacks.

Finally, this conversation might actually play a role in strengthening the bond. Fans are already aware of how toxic this couple was in the past. Even though it was all in the past, will things change for these ex-lovers? We will know that.

Back with Nick, he advises Sally not to get influenced by her siblings. Instead, he will want her to work according to her understanding. With his advice, Sally will now be more curious about the Ashland case. She will know that Newman’s three pillars – Nick, Victoria, and Victor

– have something to do with it.

In the meantime, with the current happenings, Sally’s morality will also be tested. She will now have to decide which side to take. However, The Y&R spoilers tease that whatever decision she makes, it will lead her to the right path. Stay tuned and watch The Young And The Restless; it airs every weekday on CBS. For more updates and spoilers, visit our website, TV Season & Spoilers.