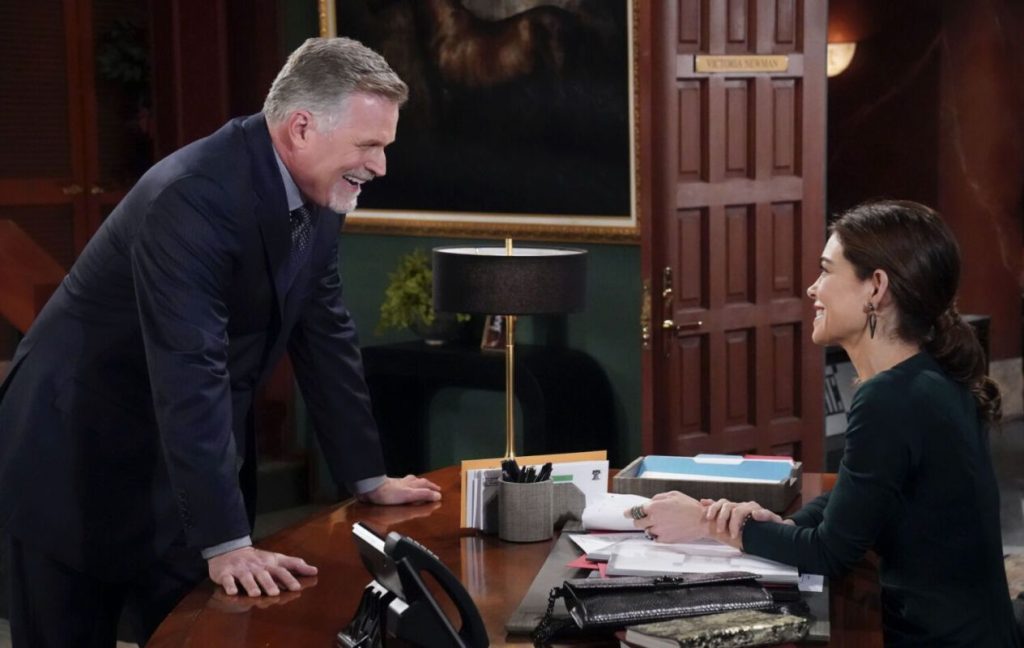 The Young And The Restless spoilers for June 3, 2022, reveal that Genoa City will yet again experience an intense Victor-Ashland clash as they continue to fight over Victoria. However, this time, she won’t be a damsel in distress. Instead, Victoria will insist on finding her independence. The Young And The Restless Spoilers for June 3, 2022 episode assert that even though the “Ashtoria” romance is imminent, Victor Newman will stoop pretty low to stop it from happening. On the other hand, Noah Newman lies heartbroken after being rejected by Allie. Here are some spicy spoilers from the coming Y&R episode, for TV Season & Spoilers readers.

The restraining order against Ashland has come into play and he isn’t allowed to be near Harrison Abbott. Amid all this, Victoria is away on a spa trip to Switzerland. As of now, the romance between Victoria and Ashland has not rekindled. But as per the looks, it soon will. The Young And The Restless Spoilers suggest that Victor will ask Ashland to leave Genoa City.

Meanwhile, Victor will now change his war strategy and give an ultimatum to Ashland to step out of his daughter’s life. Locke will begin to fallback due to Victor’s insistent demand to leave Genoa City. However, Victoria will finally be back in the town, and turn around the game yet again.

Y&R spoilers for Friday reveal that Victoria will return from her Switzerland trip as a changed person. She will try to assert independence and possibly rush to Locke’s defence. Well, Victoria wouldn’t care about what the Newmans have to say this time and will instead be more confident in her stand.

Talking about the coming episodes of The Young And The Restless, Genoa City will yet again experience the #Ashtoria romance. Hence, there are chances that Ashland will get another chance from Victoria. The two of them will stand strong against the Newman family, leaving Victor stunned.

Noah Gets Snubbed By Allie

Poor Noah has been trapped in the friendzone for way too long and fans have begun to feel bad for him. The Young And The Restless Spoilers suggest that Noah Newman will finally make some effort to escape the friendzone by making a move on Allie Nguyen. Sadly, this plan might backfire on him, and that too, pretty badly. This is because Allie will reject him in a hysterical way. Though it won’t come off as rude or disrespectful, Nguyen’s humor will leave Noah feeling humiliated.

Well, despite this failed attempt, there’s still hope for some romance budding up between Noah and Allie. The latter may take her time, but it’s likely that she’ll finally fall for Newman someday. TV Season & Spoilers will be here to get you all The Young And The Restless updates. For more spoilers on the latest episodes, stay tuned.