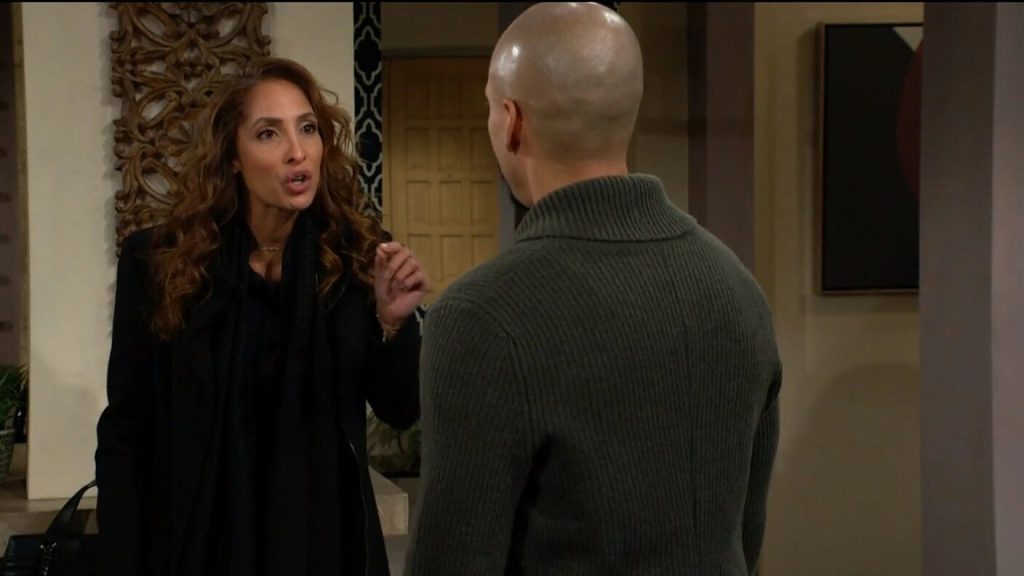 The Young And The Restless Spoilers For January 11, 2023: Chance Shuts Abby, Lily’s Another Failed Idea

The Young And The Restless spoilers for January 11, 2023, reveal that Chance will shut Abby down when she tries to talk to him. He won’t like how she is behaving like a friend to him after all she has done. As for Abby, she will be extremely upset with Chance. At Chancellor-Winters, Lily will pitch in another idea which will again be a failure. What will Devon do now since both Lily and Jill are not listening to them? Let’s read further to know what is to happen further in Y&R in today’s episode.

First, Abby will cross paths with Chance and will try to strike a conversation with him. The Young And The Restless spoilers claim Chance will notice that Abby is behaving normally. Fans know that Chance and Abby are getting divorced. So, Abby acting like a friend to him will piss him off. This will make him to shut her up by saying to stop behaving like they are friends. While Abby will try to have a friendly conversation, Chance won’t understand why is she pretending that everything is fine between them.

Fans know that Abby was recently jealous seeing Chance and Sharon’s growing bond. Even though she has decided to separate ways with him, she still seems to care for him. After getting shut down by Chance, Abby will return home to Devon. So, we have to see if she will share her recent clash with Chance or not.

The Young And The Restless Spoilers: Lily’s Recent Proposal Fails

As discussed earlier, Lily and Jill will come up with another proposal for Devon since he wasn’t ready for the IPO decision. However, it will also fail miserably since Devon won’t be ready for the IPO. The Young And The Restless spoilers suggest Devon won’t understand why they aren’t taking his recent proposition seriously.

He will warn that if they do go with an IPO, the company will have to face some serious problems in the future. However, Lily and Jill won’t be interested in his warning but will just want him to get on board with their ideas. Looks like there will be some major clashes between Lily, Jill, and Devon in the coming days. So, stay tuned to see what happens to this brother-sister duo.

Finally, Adam and Victor will also clash on some business dealings. Fans know that Victor wants Adam back at Newman Media, so he will ask him for that. However, Adam will continue to be adamant about not joining his family company after getting humiliated there. Other spoilers suggest Victor will hire Kyle, and both will team up to fire Adam from Jabot first, so he can automatically come back to Newman Media. Stay tuned as Y&R will air more action-packed episodes in the future. The Young And The Restless airs every weekdays on CBS. For more updates and spoilers, visit our website, TV Season & Spoilers.