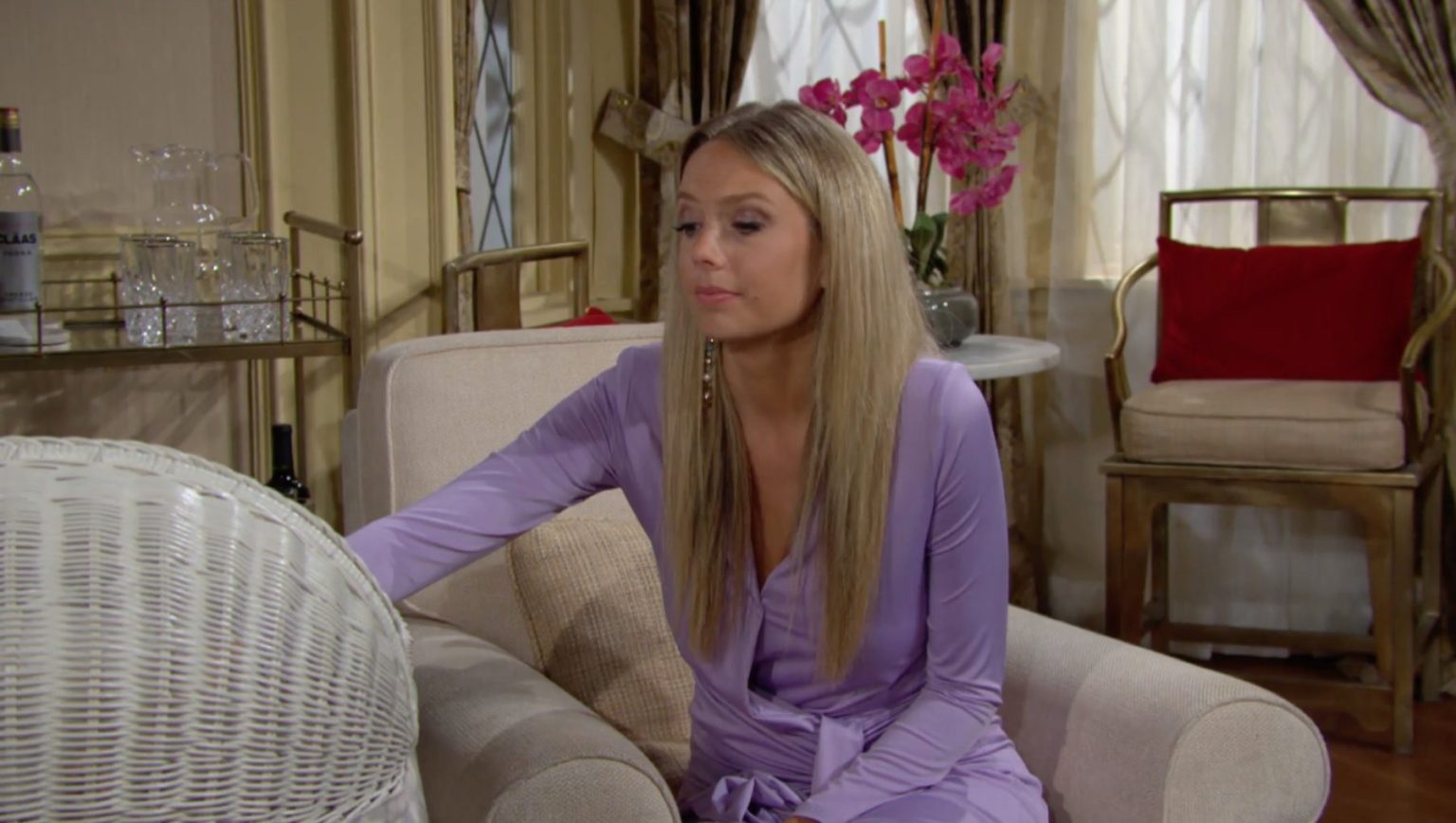 The Young And The Restless Spoilers For January 26, 2022: Abby Prepares Herself, Newman Drama Comes Up

The Young And The Restless spoilers for Wednesday, January 26, 2022, suggest that Abby will struggle with the aftermath of her shared custody agreement decision. Well, she has already accepted Devon’s demand and is ready for a shared custody situation. But it won’t be easy for her. Elsewhere, Adam braces himself and will wonder about his position in the family. At the same time, Victoria will be in a dilemma position when Victor takes everything into his hand. While Adam will be stuck in the middle of the chaos, Nikki will worry about her family.

Abby Prepares Herself, Devon Gets Ready

Abby has been struggling since Chance supported Devon in the shared custody agreement. Now she’s struggling to let her kid Dominic go to his Devon’s place though it’s only for once a week. She is still struggling to accept this situation. Thus she will thoroughly think about everything. But the slow process will make things terrible for Abby. Despite all this, she will ruminate to drop her kid at Devon’s place just to fulfill Devon’s demand.

But you will be surprised to know about Devon’s supporting system. While Devon will be jubilant after learning his son is coming for a night’s stay, Amanda Sinclair will help him prepare everything. So he can prepare everything as per Dominic’s taste and will also look forward to bonding with his kid. Thus things will ultimately change after then when Dominic returns to Abby’s place. So, be ready to see more chaos in Abby’s life.

The Young And The Restless: Adam Braces Himself

Over with Adam Newman, he will brace himself. In the upcoming episode, he will be worried when Victor decides to sell Newman Media to Victoria Newman-Locke. So Adam will question where he stands in his family and will worry about his future. In reality, he has to wait for more bombshells which Victor is planning. Thus, he has to stay a bit patient for the time being. He can also expect the unexpected as Victor plots a big plot against his kids.

Victor’s new ploy and manipulative moves will turn his children against each other. Victor may also warn Adam to prepare himself to work for Victoria if he will accept her formal offer. While Adam will try to turn down Victor, he will get his son an ultimatum that eventually affects everything. Although Victoria desired to buy Newman Media, she will still be confused about what her father is up to. At this point, neither Victoria nor Adam can trust their dad.

On the other end, Nikki Newman will appear worried about her family. Nikki will learn about Victoria’s potential pitch with Victor, and she will be worried about the disaster it will cause. Considering the current situation, she will feel this deal will create plenty of chaos in their family and will eventually destroy their bond. So Nikki will warn Victoria and Victor

to think again about their decision.

The Young And The Restless spoilers hints that Abby will have a hard time coping with the shared custody agreement. That will ultimately affect Dominic and his life. At the same time, Victoria and Adam will remain bewildered about Victor’s next move that can destroy their family. Thus Nikki will appear more concerned in the upcoming episode. Stay tuned! TV Seasons & Spoilers will update you soon about Y&R characters.