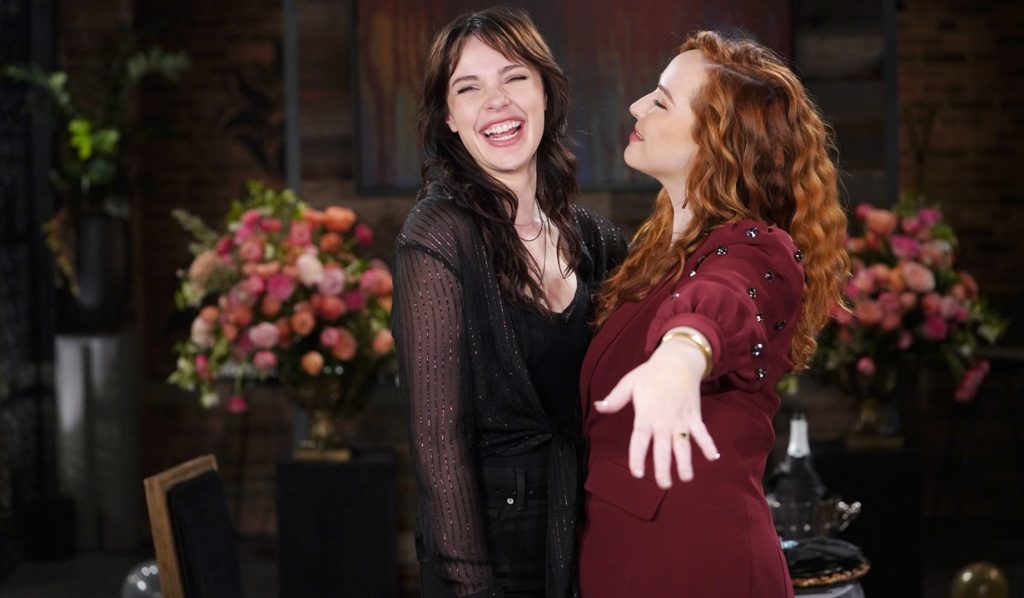 The Young And The Restless Spoilers For Next Two Weeks (April 4-15, 2022): Newman Family Drama Continues, Kyle Abbott To Make A Decision

The Young and the Restless Spoilers For the Next Two Weeks (April 4-15, 2022) are out, revealing that lots of discussion and drama are back on the deck. In the week of April 4-8, 2022, Newman family drama will continue while Kyle Abbott will have a difficult decision to make. Viewers will also see Rey and Chelsea connecting, while Lily and Billy’s relationship might face some issues. So, a lot of drama and fun will be worth watching.

Next week starting from April 11-15,2022, Mariah Copeland and Tessa Porter will make a happy announcement. Next, Jack will also extend an invitation to Allie to join him in Genoa City. Moreover, Victor will also try to look out for his daughter. What will happen next? Here is everything about it all.

Starting the week of April 4-8, 2022, Victoria Newman will keep pretending with her Ashland as she continues her plan of taking him down. Furthermore, Y&R viewers might see Victor creating obstacles in Ashland’s escape plan. Victor will want Victoria to do her planning and plotting in Genoa City, but she might not agree to do so.

More spoilers suggest that Victoria will tell Adam about her plan to set him up for framing Ashland. Adam might get on board with his sister’s plan if he’s allowed to keep the interim CEO position. Adam might want to use this chance to prove himself to Victor, but he might come up with a sneaky plan and disappoint his father.

Speaking of Newman, Nick Newman will support his sister in anything she wants. All of this drama will make Nikki Newman worried. Although Victor might vow to her that he will protect his family and business under any circumstance.

The Young And The Restless: Kyle Abbott To Make A Decision

Next on Y&R, Jack Abbott will tell Phyllis about Diane Jenkins’ return from the dead. Spoilers suggest that Phyllis will confront Diane during this week and will try to find out the agenda behind her sudden return. Speaking of Jack, he will talk to his son, Kyle, and will tell him about Diane. Jack will want him to decide if he wants her to be a part of his life or not.

Further spoilers suggest that Ashley Abbott will still be worried about Allie’s situation. Things will become more chaotic once everyone gets to know that Diane has also returned.

Later in the week, Rey and Chelsea Lawson will continue to connect after Rey agrees to take her son to a hockey game. Chelsea will be really glad that Rey is being there for her when no one else is.

Rounding off the spoilers will be Lily and Billy arguing over something. It seems like Billy will want to help Victoria. But Lily might not agree with his ways as she wants to stay away from the Newman drama. Meanwhile, viewers will see Chance telling Abby Newman everything and trying to keep the line of communication open for both of them.

The Young & The Restless Spoilers For The Week of April 11-15, 2022: Mariah & Tessa’s Announcement, Victor Talks To Victoria

In the week of April 11-15,2022, Mariah Copeland and Tessa Porter will have some important announcements. The couple might share their wedding date and some details of their big day together. More spoilers suggest that Jack will extend an invitation to Allie. He might want his granddaughter to come to GC and meet his other family members.

Later in the week, Victor will talk to Victoria about her plan. He will try to do whatever is best for his family even if Victoria doesn’t agree with his father’s methods. The spoilers tell us that Victor will give Adam some job to prove himself, but he might not be able to do it. Moreover, Adam might strategize

The next few weeks will be full of action and drama. And we will see Allie and Diane coming to Genoa City very soon. New storylines are developing everywhere in Genoa city. In the meantime, Tv Season & Spoilers will keep you updated about all the happenings of the soap opera. The Young and The Restless airs on CBS all weekdays.