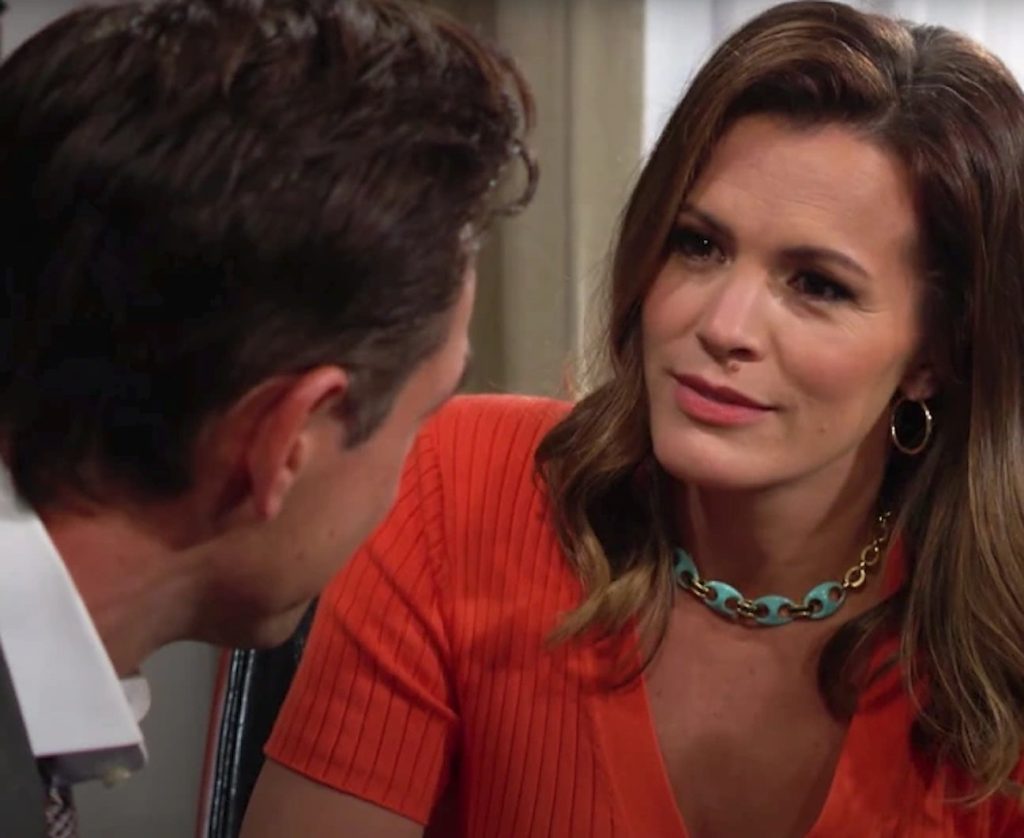 The Young And The Restless Spoilers For Next Two Weeks (December 19-30, 2022): Chelsea Becomes The Pie, Sally Keeps A Secret, What Is It?

The Young and the Restless spoilers for the upcoming two weeks, starting December 19-30, 2022, suggest that there will be a number of couples in the making. Chelsea and Adam will be coming closer, and Billy will start getting worried about it. Not only that, Sally will come closer to Nick, and they will reunite. Tucker takes advantage of Ashley and Jack’s sibling rivalry. Christmas spirit will take over. Further, in The Young And The Restless for December 26-30, 2022, Victor helps Victoria, and Sally tries to keep a secret. What is that secret? Keep reading to find out.

The Young And The Restless Spoilers For December 19- 23, 2022: Couples Making Or Breaking?

The Young and the Restless spoilers for the week of December 19-23, 2022, suggest the upcoming episodes will see Adam and Chelsea growing closer. Everyone in Genoa City will pick on that, and Billy will show his disapproval. Since Billy will continue to feel drawn to Chelsea, so, he might cause trouble. Not only that, but Billy will also bicker with Victoria Newman as they talk about Johnny Abbott’s life. Things will heat up there.

There will be more couples in the making in the upcoming episodes of the soap opera. The Young and the Restless spoilers suggest that Sally and Nick will reconnect in the bedroom, and they will decide to spend time together this Christmas. They will enjoy the time together when Nick makes a vow to Sally and appreciate her despite everything that anyone is saying.

Next on the Young and the Restless, Diane will again become a reason for issues between jack and Ashley in the upcoming days. These siblings will start fighting, and that will lead to a new rivalry between the two. Taking advantage of the situation, Y&R spoilers hint that Tucker will try to win Ashley over and get hold of her.

On the other end of the town, Elena Dawson will pick on the vibe between Nate and Audra. Y&R spoilers suggest that she will throw a word of caution at Audra and ask her to back off. Elena will make a point that if Audra dares to come closer to Nate Hastings, Elena will be ready to mark her territory.

The Young and the Restless spoilers suggest that Sharon will give Chance an ear about his issues, and that will build a connection between them. Y&R spoilers hint that Sharon and Chance will come closer around Christmas. So, this spoiler might be about that. Other Christmas spoilers suggest that Danny Romalotti will return, and that will surprise Daniel and Christine. There is speculation that Christine and Danny might reunite down the line. So, that might be.

Further, Kyle hopes to spend time with Diane, and they will come closer as a family. Kyle will make a sneaky trip with Summer and Harrison, and they will go to see Diane. Unfortunately, everything will not go as planned because Diane will be missing when they reach the cabin. But there will be an explanation for that whole thing because Diane will have a Christmas surprise. So, she might be either in the attic or might be somewhere else. General Hospital spoilers say that Diane will celebrate Christmas with her whole family. So, it will be heartwarming.

As we move into the week of December 26, 2022, Victor will guide Victoria in matters of her life and heart. The Young and the Restless spoilers suggest that it might have something to do with Victoria’s way of working at Newman Enterprises or Victoria’s personal life, but whatever it is, it is going to be very helpful. There is a probability that Victor might have picked up on Nate and Victoria’s closeness. So, he might tell her something regarding that.

Sally Tries To Keep A Secret

Next, The Young and the Restless spoilers say that Sally will have a secret that she wants to keep under wraps. As per the spoilers, this could have something to do with Sally’s business plan that she isn’t ready to share yet or could be the idea for Nick’s birthday gift. However, the fans have been speculating that Y&R might roll out a scandalous pregnancy storyline too. So, we will have to wait to see what that is.

Rounding off the Young and the Restless spoilers for the week of December 26, 2022, will be Tucker, who will continue trying to keep his secrets while conquering Genoa City. He will do something in the upcoming days that might take Tucker aback. So, he could either lean in for a kiss with Ashley, or she might come to know something about his plans.

Finally, The Young and the Restless spoilers for December 26, 2022, will be Christine and Danny, who will walk down memory lane together. They used to be a super couple, and they will reminisce about all the good times together. Could a reunion be on the cards for them? What do you think about it? Tell us in the comments below. Y&R airs on CBS all weekdays. Don’t miss the action.