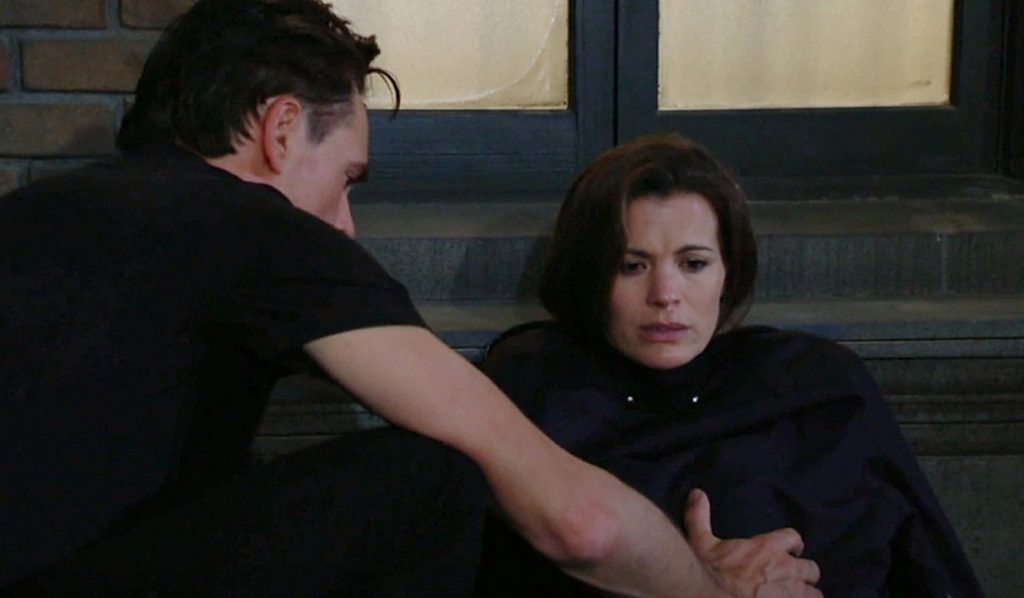 The Young And The Restless Spoilers For November 1, 2022: Chance-Abby’s Argument, Billy Moves In With Chelsea

The Young And The Restless spoilers for November 1, 2022, reveal that Abby will find Chance in a café, and things will take a turn for the worse. Abby and Chance will have a heated argument again. On the other end of the town, Billy will decide to move in with Chelsea and inform the same to Lily. Of course, Lily will get frustrated and will complain to Adam about that. Would this mean the end of Billy-Lily? Keep reading to know what is brewing in Genoa City this Tuesday.

Billy Moves In With Chelsea

After saving Chelsea from jumping off the ledge, Billy will be scared that she might again try to take her life. The Young And The Restless spoilers tease Billy will make a major decision regarding his fear. He will decide to move in with Chelsea in her hotel suite for a bit. After this decision, Billy will fill in Lily with the rooftop updates and will also tell her about his decision. Of course, this will make Lily mad since she already is not liking Billy’s concern for his former flame.

Later, Lily will rant about her concerns to Adam and tell her how Billy And Chelsea’s bond is growing day by day. Lily will continue to calm herself by thinking Chelsea and Billy are just friends. However, fans know that this complicated situation will definitely put both Billy and Chelsea’s feeling to the test. Will they be back again? We will know soon.

Elsewhere, Abby will find Chance hanging out at a café. So, she will confront him regarding the same. The Young and the Restless spoilers tease that Chance will argue that he just wanted to destress himself from all the work. However, Abby will understand the situation crystal clear. All this while Abby kept complaining that Chance prioritizes his work above his family. So, this café incident will just add to it.

The Young And The Restless Spoilers: Devon Rips Off Nate-Victoria

Further on The Young And The Restless, Devon will walk in Society to find Nate and Victoria toasting. Devon will hear Victoria congratulating Nate on his new CEO position at Newman Media. This will be enough to make Devon realize that Victoria was the one to whom Nate gave away the in formation. Moreover, Nate joining the rival company will piss Devon greatly.

Apart from all this, Devon will also understand the whole Chancellor-Winters takeover plan. This link will lead to Devon blasting at both Victoria and Nate for their betrayal, especially Nate. Devon will also know that Victoria can certainly not take such a huge step without Victor’s involvement. So, he will be frustrated with Victor as well. Anywho, Devon will feel mad but also lucky enough to bust these two before they can create further problems. Y&R tease that the business war is soon to start, so stay tuned for it. The Young And The Restless airs every weekdays on CBS. For more updates and spoilers, visit our website, TV Season & Spoilers.