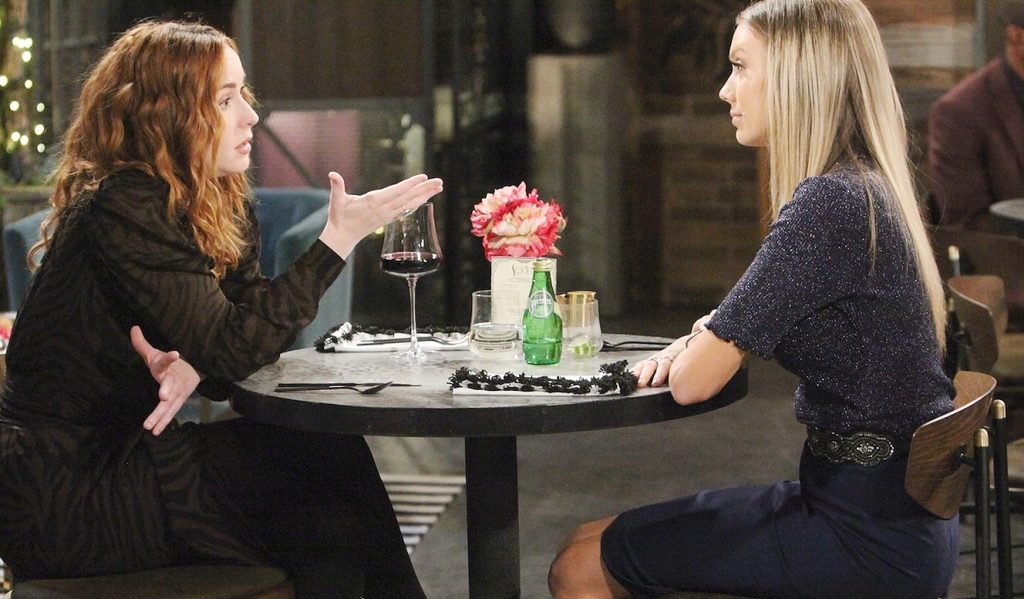 The Young And The Restless Spoilers For November 14, 2022: Adam Grills Billy, Abby’s Confession To Mariah

The Young And The Restless spoilers for November 14, 2022, reveal that Adam will be extremely grateful to Billy for helping Chelsea and saving her life. However, he will have some concerns that he would like Billy to answer honestly. What will it be about? On the other end, Mariah will push Abby to come clean on what she is hiding from her. So, it will be Abby’s turn to confess her and Devon’s steamy session. How will Mariah react to this? Keep reading to know what is brewing in Genoa City on Monday’s episode.

First, Mariah will push Abby to come clean about what she is hiding from her. The Young And The Restless spoilers reveal that Mariah will suspect that Abby is going through some tough time and is keeping it a secret. When asked, Abby won’t have any choice and will confess what happened last night. She will narrate how she and Devon spent some intimate time, and Chance and Amanda busted them.

For someone like Mariah, who already has faced something like this, will understand Abby. Even though she is completely shocked by what happened, she won’t want to make things worse for Abby. Mariah faced the same when she cheated on Tessa with Lindsay; unfortunately, Tessa even witnessed it. So, Mariah will know just how Abby is feeling right now. In Mariah’s case, Tessa was able to forgive her. Will Chance be able to forgive Abby as well? We will know soon.

The Young And The Restless Spoilers: Adam Confronts Billy

Further on The Young And The Restless, Adam will be extremely grateful for Billy. He just saved Connor’s mother’s life, so he will thank him. However, Adam will have other concerns and would like to speak to Billy about them. Adam won’t like Billy’s level of involvement in Chelsea’s recovery. Fans know that he has moved in with Chelsea. So, Adam will wonder what it means to him.

However, Billy won’t understand why Adam is poking his nose in everything. So, he will ask Adam to mind his own business. No matter what, Adam will support Chelsea and be there with her. He will reassure her that she can take as much time as she wants, and he will take care of Connor.

Elsewhere, Nick will try to make peace with someone. It can either be with Victoria or Adam. Since Victoria and Nick have been clashing over Sally the past few days, so chances are there they might agree to a truce. Adam might also be the one since Nick is already with Sally, so he might feel bad for Adam. Whatever it is, Nick will want to make peace with someone. We will know who it is soon. Y&R is going to air more twisted storylines. So stay tuned and watch The Young And The Restless, it airs every weekdays on CBS. For more updates and spoilers, visit our website, TV Season & Spoilers.