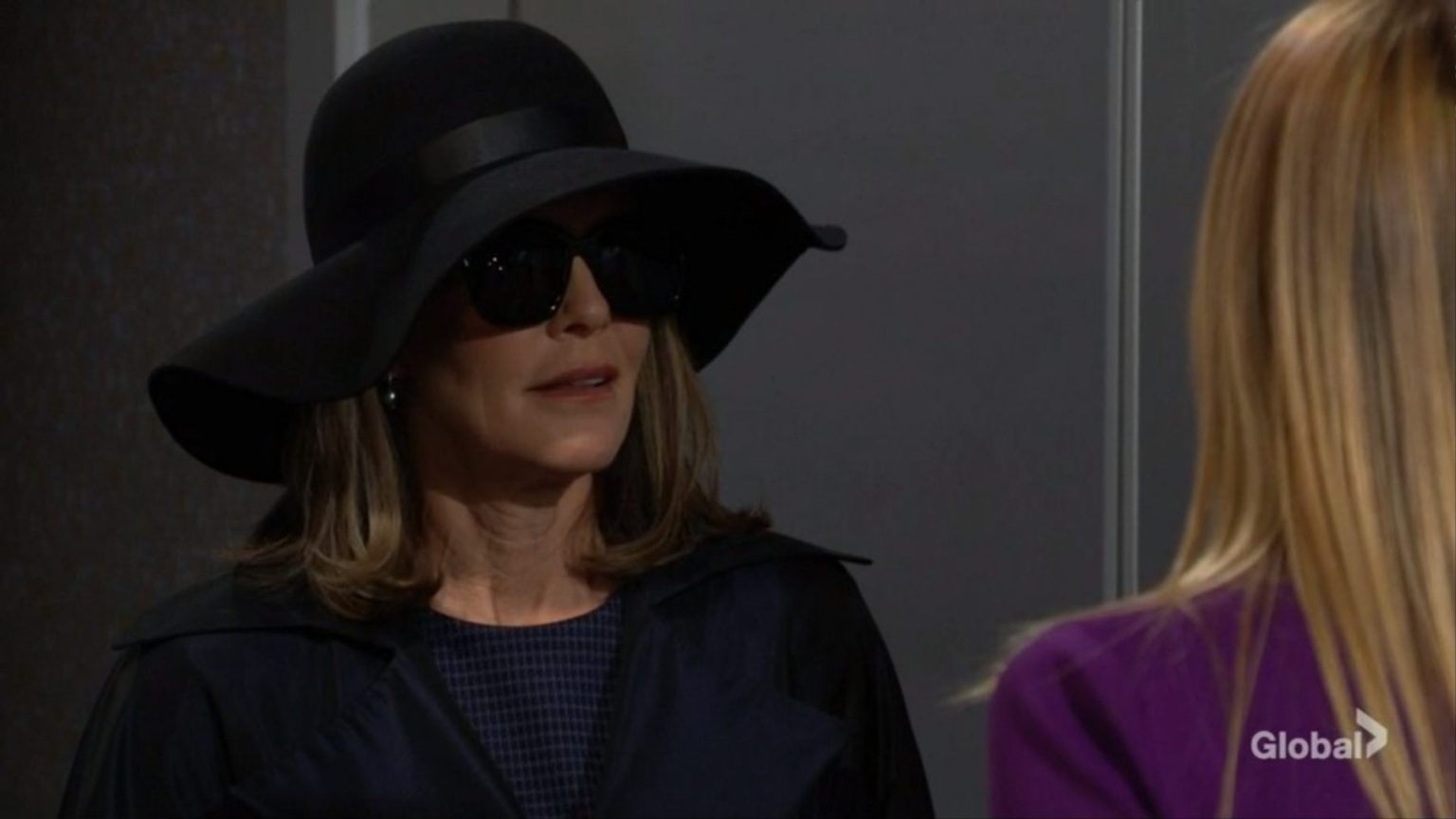 The Young And The Restless Spoilers For The Month Of May 2022: Chelsea’s Realisation, Diane Jenkins Creates Trouble In GC

The Young And The Restless spoilers for the month of May reveal that fans are in for heartbreaks, trouble, and a BIG wedding in Genoa City. The preview for May witnesses Ashland’s determination to be a part of Victoria’s life. Then, Nick will take charge of situations.

Viewers will also see Diane Jenkins creating trouble on The Young And The Restless. In the meantime, Mariah and Tessa’s marriage will take place this month, and Lauren will remain worried about her husband’s involvement in the Newman family drama. The month of May will bring several surprises and fun for the Y&R viewers. Here’s all about it:

Starting off, The Young And The Restless spoilers for May 2022, reveal that Ashland will still want to be a part of Victoria’s life. This will definitely rile Victor up as he paid Ashland half a billion dollars to leave Victoria’s life and Genoa City forever.

As for Ashland, he will still try to ask for forgiveness from Victoria. He is truly in love with her and will want her to believe him. So, the Lockeness monster might work overtime and express his love for Victoria.

Speaking of Victoria, she will obviously struggle to solve this problem because even though she loves Ashland, she cannot forget what he did. In addition, Ashland also saved her life from a burning vehicle, so she will need time to process everything.

The Young And The Restless spoilers say that there is one more thing that Victoria will do related to the co-CEO position at the Newman-Locke industry. Vic will make Nikki Newman the new co-CEO to work alongside her. This will definitely make Adam furious. And his girlfriend, Sally, will also not be glad about all this. But, the couple will still have each other and move forward in their relationship.

The Young And The Restless: Nick Takes Incharge

Next on The Young And The Restless, Nick Newman will have a lot to deal with, and he will take the charge of the whole family drama. First off, Nick will keenly observe and make sure Adam doesn’t do anything crazy to harm the family.

Viewers know that Adam can do anything for power. So, Nick will be worried about this. Other than that, Nick will also be there for Sharon as she lost her husband recently. Nick will be Sharon’s rock as she deals with her loss.

Speaking of loss, Chelsea will try to wrap her around Rey’s death which might lead to her accepting that she had more than friendly feelings for Rey. It is likely that Chelsea was falling in love with Rey even without realizing it. Y&R viewers know that Chelsea and Rey were growing closer, and Rey spent his last moments of life with her. So, Chelsea will try to cope with this loss.

his partner’s cases in order to honor him. This will help Chance to focus on his work and get distracted from the struggles he’s been having. Chance might also discover some things along the way when he’s solving Rey’s cases.

The Young And The Restless preview for May also reveals that Diane Jenkins will do whatever it takes in her power to win Kyle’s forgiveness. Viewers know that Kyle is having a hard time letting go of what Diane did. So, he will need time to get past this.

Moreover, TV Season & Spoilers previously reported that Diane claims to be a changed person. But she might start creating trouble soon. Jack and Phyllis will start coming closer once again and Daine will try to separate the two of them.

Speaking of Phyllis, her daughter Summer will be on her way back home in the month of May. Allison Lanier has joined The Young And The Restless as the new Summer. So, that will be an interesting new face. Summer will reconnect with her close ones but face some issues while connecting with her mother-in-law.

Later in the month, Mariah and Tessa’s wedding day will come closer. These love birds are planning to get married on May 13, the Friday. So, this wedding will bring a lot of drama. Speaking of celebrations, Esther Valentine also completed 40 years on the CBS soap, so something special might be in the works on The Young And The Restless.

More spoilers say that Lauren Baldwin will remain worried about her husband, Michael Baldwin. It seems like Michael will not be ready to walk away from the Newman family drama. But, Lauren will be right to be concerned as Michael got stuck in Peru because of all this.

The Young And The Restless spoilers further reveal that the Chancellor- W inters merger will have some issues. Nate and Elena will face some relationship trouble as Nate’s new job will take much of his time.

Viewers will also witness Billy Abbott continuing to feel like an outsider in Lily’s life. And this might bring distance between the couple. We will see Billy getting involved with someone soon in the upcoming month. Who could this be? We will have to wait to know.