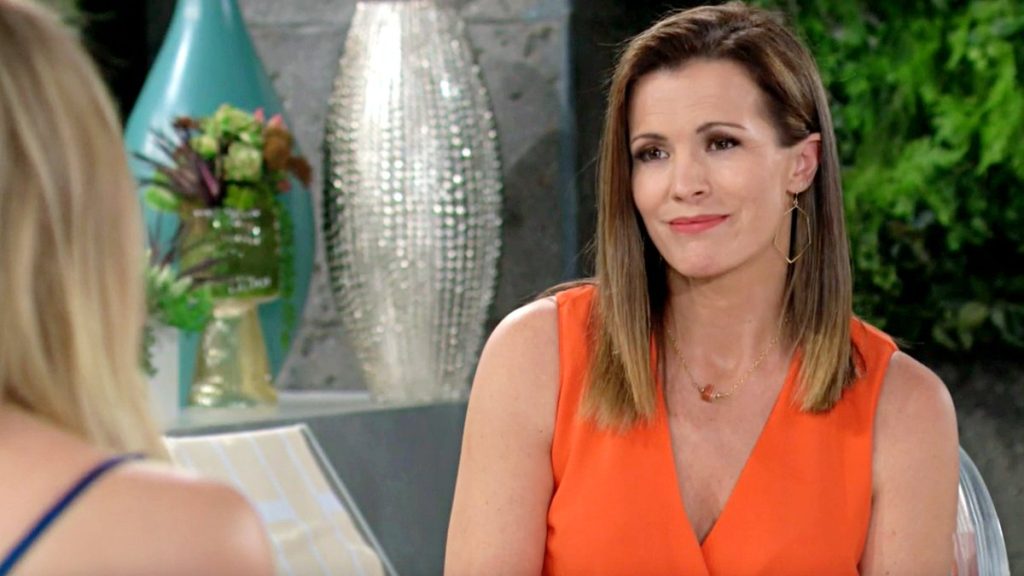 The Young And The Restless Spoilers For The Week of August 8, 2022: Chelsea FLIRTS With Billy, Chance Finds The Coverup Truth

The Young And The Restless spoilers for the week of August 8, 2022, reveal that Chance will continue sniffing around Ashland’s dead, and he will smell something fishy. To find out what really happened, he will question Nick and Victoria once again. Things might get a little tense there now. Next, Billy and Chelsea will have to deal with an unwanted situation. Rounding off will be Nate, who will also have to answer some of Elena’s questions. What is that about? Here is everything.

Chance Is Onto Something

The Young And The Restless spoilers for the week of August 8, 2022, reveal that Chance Chancellor will be up to find out what really happened the night Ashland Locke passed away. Nick and Victoria weren’t hiding anything the first time Chance asked them questions. However, it will be a different story this time.

Y&R suggest that Nick will tell Victoria about the coverup Victor pulled off, and they will both be in a dilemma when Chance interrogates them. Chance will most probably pick on the change in Victoria and Nick’s behavior, but he won’t be able to figure out what that is. Nick will want to come clean. But, we will have to wait to see if that happens.

Further, The Young And The Restless spoilers say that Chance will be determined to uncover this whole situation, and he will turn to Kevin for assistance. This might become a problem for the Newmans. Spoilers say that Nikki will hope to deal with this issue using Abby’s help.

Nikki will ask Abby to nudge Chance into dropping this investigation. If Chance continues, it will lead Victor, Nick, and Victoria into a difficult situation. Abby will have a chance to show his loyalty as she tries to make a decision. How would she help her criminal family with her detective husband on her side? We will have to wait to know.

The Young And The Restless: Chelsea Comes To An Arrangement

On the other end of the town, Chelsea will be mulling about her working arrangements with Billy. She will be brimming with ideas, and she will want to work on them. This will lead Billy in to a very tricky situation.

Billy might have to ask Chelsea to tone it down a little, but he will have to find a way not to diminish her enthusiasm. Further, The Young And The Restless spoilers hint that Chelsea might get flirty in the upcoming days on the soap opera, and that could lead them in a difficult position.

Rounding off the spoilers will be Elena, who will take the opportunity to talk to Nate. They will talk about Imani and how she is constantly stirring the pot for them. Elena is getting insecure about Imani, and she will talk to Nate about it.

However, the way Nate reacts would leave Elena even more shocked. Imani is interested in Nate, and she is making that very clear. So, it is easy that Elena would get more protective. It looks like the Nate-Elena relationship could be going down the spiral soon. So, make sure you tune in and enjoy. The Young And The Restless airs on CBS all weekdays.