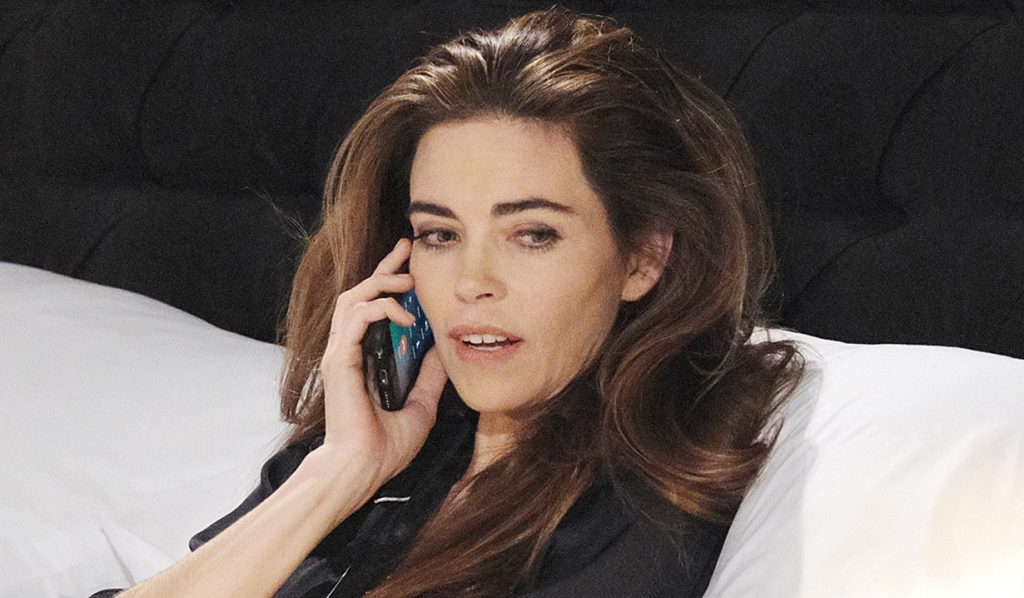 The Young And The Restless Spoilers For The Week Of August 9, 2021: Victoria Has News, Summer Makes A Decision

The Young and the Restless is coming back with yet another week of drama and action. Spoilers for the week of August 9-13 are out, and it reveals that the events in the upcoming week will leave many characters shook. Starting off will be Victoria, who will have some news for her parents.

Then, Summer will also have some news. Next, Lily and Billy will struggle to make a decision, and Amanda will clear the air with her mother. What more will happen? Keep reading to know.

Victoria Has Some News

As we move into the week of August 9, Victoria will have some news that will shock everyone. It looks like the Ice Princess will tell her parents about her engagement with Ashland. This is news that will indeed shock Nikki and Victor. Spoilers suggest that they will have their own concerns regarding Victoria and everything that is happening in her life. Regardless of what they think, The Young and the Restless spoilers tease that Victoria will put her everything in pulling off a celebration for her impending nuptials. But is all of that just as good as it looks?

More Victoria-related spoilers suggest that Victor will have a proposal for Victoria in the upcoming days. Could Victor try to sway Victoria from her decision by offering her a lucrative business deal? Victor-related spoilers also suggest that he will confront Ashland and make sure he knows what he is getting himself into. Finally, Victor will lay down the law and make it clear that if Ashland breaks Victoria’s heart, he will have to deal with her dad.

The Young And The Restless: Another Battle Coming Up

It looks like there will be a lot happening when it comes to “Skyle” in the upcoming week. Spoilers suggest that Summer will decide something, and her decision will stun her parents. It will be something that they weren’t expecting. What could this be? Has Summer decided to stay in Italy? Phyllis has worked very hard to expose Tara and Sally just to bring Summer back home. But, will her daughter choose Milan over Genoa City? It looks like so.

The Young And The Restless: Lily And Billy Have A Moral Dilemma

At the ChanceComm, Lily and Billy will have a decision to make. This decision will also need them to overcome a moral dilemma. Could this have something to do with the article Billy wanted to write about Ashland? Back in the time, Lily had asked him to back off. However, if something new comes up, Lily and Billy might not be able to ignore it, and they might decide to write an article about it. Alternatively, it is also possible that this might have something to do with Tara, Kyle, and Summer. Billy better takes all of this lightly. Or else, he will end up burning all bridges with his family.

On the other end of the town, Nate and Elena will struggle to balance everything. There is a lot going on with them. So, things might have become a little difficult. Hastings recently got a promotion, and Elena has been working very hard too. So, they might not be getting time for each other. Then it could also have something to do with Imani trying to pursue Nate. So, Elena and Nate will have to navigate their romance very carefully.

The Young And The Restless: Amanda Meets With Naya

The Young and the Restless spoilers suggest that Amanda will meet up with her mother Naya in the upcoming days and clear some things. As suggested by Fame10.com, there is a possibility that she might tell her about everything that went down with Sutton’s case. Would the two of them bond? How will the new developments affect Naya and Amanda’s relationship? We will have to wait to see.

In the meantime, Kevin will be struggling to accept that Adam really has turned a new leaf. More added teasers suggest that Kevin will look for more evidence that proves that Adam has really changed. More related news suggests that Chelsea might feel like she can have a fresh start with Adam. Will that work? We will have to wait to know.

The Young And The Restless: Rey Searches For Mariah

Rounding off the week will be Rey, who will embark on a mission to find Mariah. Mariah has been missing for a few weeks now. So, in the upcoming week, Sharon will push Rey into searching for her girl. More related teasers suggest that Abby will receive a mysterious message, and this could be from Mariah. This will be a message that will leave Abby unsettled.

Could she realize that Mariah has been kidnapped and this problem is larger than they thought? It looks like viewers will get to see a lot of drama unroll in the upcoming week. So, make sure you tune in and enjoy. The Young and the Restless airs on CBS all weekdays.