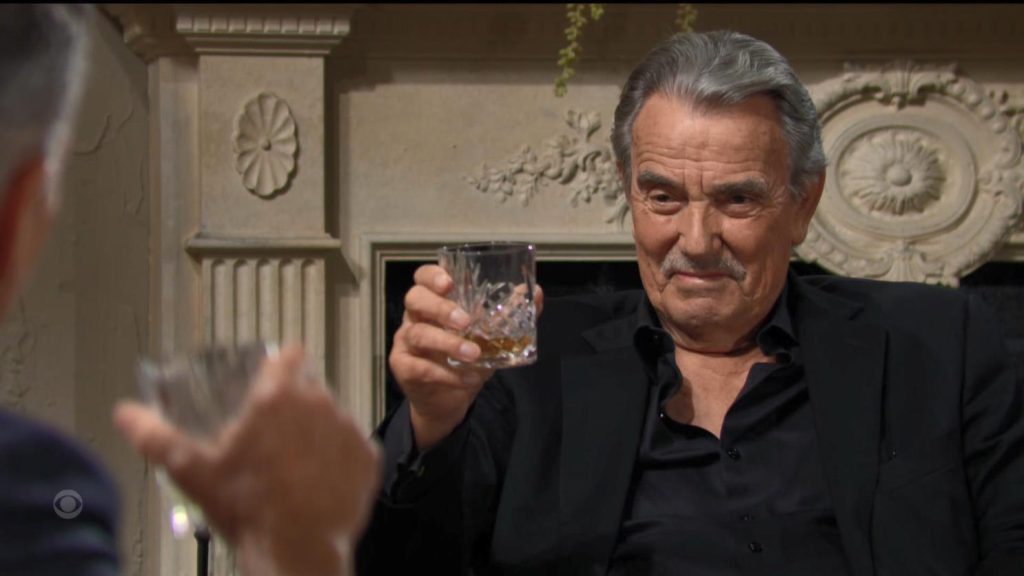 The Young And The Restless Spoilers For The Week Of October 11, 2021: Victor Protects Ashland, Nikki Finds Some Shocking Information

The Young and the Restless spoilers for the upcoming week of October 11, 2021, reveal that this week will also witness a lot of Victoria-Ashland drama. Ashland will face a lot of backlash for his secrets. So, Victor will try to protect him. Nick will try to convince Victoria into letting him be a part of the wedding, but it won’t be easy.

Many new and old faces, including Noah Newman, Summer-Kyle, and Leslie Brooks, will pop up. Sally will work to get Victoria to wear the gown she designed, and Adam will get tangled up in this scheme. Rounding off will be Nikki, who will find some shocking information. What is this? Keep reading to find out.

Starting off the week of October 11, 2021, viewers will get to see Victor as he tries to protect Ashland. Given how many Ashland secrets have just surfaced, it seems fair that Ashland will face the backlash. So, Victor will try to save him. Spoilers hint that Victor’s main concern will be Victoria and also the Newman-Locke merger. So, he will do everything he can to protect Ashland’s reputation.

The Young And The Restless: Nick Tries To Persuade Victoria

Speaking of the wedding, The Young and the Restless spoilers suggest that Nick will come to Tuscany and hope that he can convince Victoria to let him be a part of the wedding. He will tell her that the only reason he did what he did was that he loves her and wanted to protect her. More Victoria-related spoilers suggest that she will be reeling over how Nick went behind her back. So, she will be feeling betrayed.

More Nick-related spoilers suggest that he might not be successful in making things better with his sister. After that, he and Phyllis will sit together, trying to figure out their next move. Will they decide to stay in Tuscany, or will they head back to Genoa City? That is yet to be seen. Some feel-good spoilers suggest that they won’t have to do any of this after this whole thing is over.

Fame10.com suggests that something unexpected will happen, and that will change many things. Spoilers suggest that Victoria will continue to have her doubts, but something will happen that will not only allow Nick to stay in Tuscany but also become a part of the ceremony. Would Nate back out from being Ashland’s best man, and Nick steps in? We will have to wait to know.

Noah Newman Is Back

The Young and the Restless spoilers suggest that viewers will get to see some new and old faces coming back. On the top of the list is Noah Newman, who is returning to the soap opera. However, when viewers see him, he will look a little different. Actor Rory Gibson is stepping in to play the character. So, it looks like Noah will not only catch up with Nick, but he will also get to meet his half-sister, Summer.

Speaking of faces popping back up, Y&R spoilers confirm that viewers will get to see Summer and Kyle this week. They will be newly married and bring Harrison along. Liesl Brooks will also come to the wedding. All of them will add fun to the wedding indeed.

The Young and the Restless: Adam Helps Sally

On the other end of the town, The Young and the Restless spoilers suggest that Adam will help Sally with her wedding dress plan. Y&R viewers know that Sally has designed a dress for Victoria and hopes to get her to wear it without her knowing who has made it. To execute this plan, she has reached Tuscany.

Now, Adam will help her with this plan. It looks like the two of them will make a daring move. Would Victoria wear the wedding gown Sally has made? It looks like so. However, Victoria won’t know the dress designer when she wears it. But, Y&R spoilers suggest that Victoria will put the pieces of the puzzle together and realize that all of this came from Sally. How will this affect her? Only time will tell.

The wedding drama will continue, and Billy will reach Tuscany to amp it up a little. Y&R spoilers suggest that Billy will be all ready to stop Victoria’s wedding. So, he will reach the wedding venue with a plus one. This plus one will be none other than Jesse Gaines. More added spoilers suggest that seeing everything Billy is doing, Victoria will lose it, and she will lash out at Billy. Both Billy and Lily will get an earful from Victoria in the upcoming days.

The Young And The Restless: The Victoria-Ashland Drama Will Continue

walk the aisle, Nikki will make an unexpected discovery.