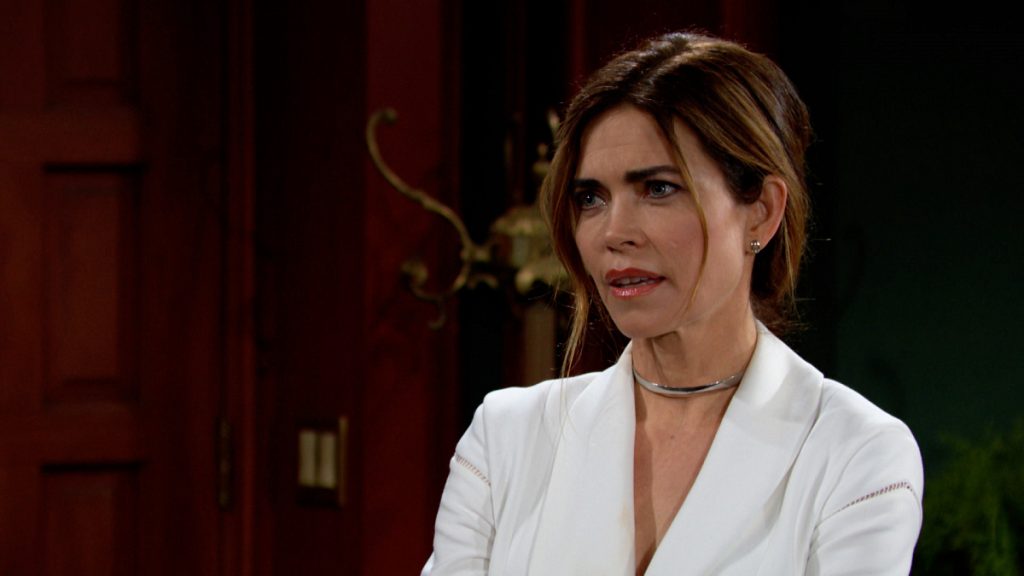 The Young And The Restless Spoilers For Wednesday (April 13, 2022): Victoria Sticks To Her Plan, Diane Lands In Genoa City

The Young And The Restless spoilers for Wednesday, April 13, 2022, suggest that Adam will come up with an offer for Ashland. He wants him to leave Genoa city forever. But the Newman family has no idea about his plan yet.

The Young And The Restless spoilers for Wednesday, April 13, 2022, suggest that Ashland will consider his options in the upcoming days. Adam will continue to stay firm about his idea of Ashland accepting $500 million to leave Victoria as well as Newman-Locke company behind. But, Ashland may suspect there’s more to this story. Although the offer will attract him. So, he will quiz Adam.

Adam will assure that his offer is pure legit, but Ashland should accept this quickly. If he leaves Genoa City, he may get more billion dollars, but he has to do this quickly. While Adam sticks to his bold move, Victor tells Victoria to stay firm in her scheme and remember the pain caused by Ashland. Victor doesn’t want to let Victoria get manipulated again.

Nick will be on the same page, but Victoria will assure them that she won’t change her track. She will act like her feelings for Ashland don’t matter and will intend to take Ashland down. However, Adam’s deal will create trouble, especially once Victor learns this. It seems like Adam will set some fatal reaction that will annoy Victor.

The Young And The Restless: Jack Opens Up About Diane

As for Jack, he will tell the Abbott family that Diane is back and alive. Ashley, Traci, and Billy will be concerned over Diane’s return. Jack will reveal how Diane fabricated the entire plot with the messages and how she led him to his granddaughter Allie. Jack will also reveal that Diane wants to reunite with Kyle, so there will be more worries about what she’ll do next.

Speaking of Diane, she has landed in Genoa City and booked a room at The Grand Phoenix. However, no one knows that she’s in town. She will wear sunglasses and a big hat as a disguise, but her secret will soon spread. The Young And The Restless spoilers for Wednesday, April 13, 2022, hint that Diane will cause chaos in town. Stay tuned. TV Season & Spoilers will keep you updated. The Young And The Restless airs all weekdays only on CBS.