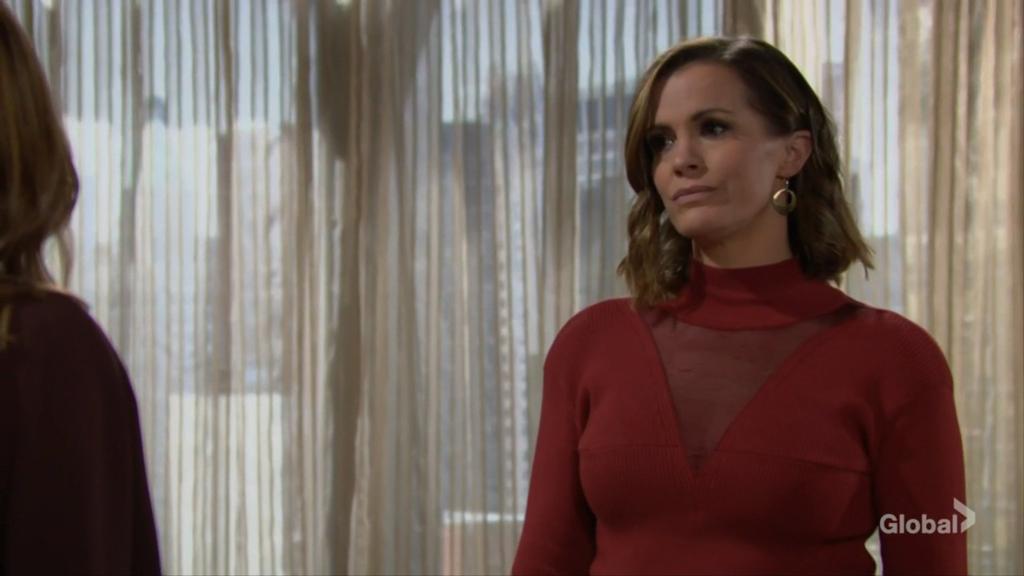 The Young And The Restless Spoilers: Rey, Chelsea, & Chance – A Love Triangle In The Making?

The Young And The Restless spoilers reveal that we might see a love triangle in the upcoming weeks. Viewers know that Rey and Chelsea are coming closer, while Chance shares everything with Rey about the struggle he’s going through.

The speculation is that Chance might start looking for support and will confide in Chelsea for some reason. Chance’s marriage is in trouble, and he might talk to Chelsea and look for comfort in her company. But would Rey like Chance and Chelsea coming closer? What will happen next? Keep reading to find out.

Chelsea And Rey Are Coming Closer

For starters, viewers know that Chelsea and Rey are connecting. Spoilers for the week of March 21-25, 2022 suggest that Chelsea will lean on Rey for support and comfort. Since the beginning itself, Rey and Chelsea have shared comfortable conversations with each other. Chelsea feels that Rey listens to her without judgment and appreciates her for the woman she is.

Moreover, Rey and Chelsea have become surprisingly fond of each other. We know that Chelsea is trying to pursue Rey and thinks that Rey understands her on a deeper level. Chelsea feels that she admires Rey for the man he is. The duo shares a complicated history. But she might lookout for comfort, and Rey will be there for her.

Recently, when Chelsea was upset over Adam and Sally coming together, she went to Rey for support. Even now, when she sells her house, she might lean on Rey as she feels distraught about it. The Young And The Restless viewers know that Rey consoles Chelsea when she’s upset. She also shares a genuine comfort while talking to him.

While Chelsea confides in Rey for everything, Chance might also be looking for comfort and support. Y&R spoilers suggest that Chance and Abby will be facing trouble in the upcoming weeks. Devon will be concerned about Dominic being around Chance as he is seeing a therapist, so Chance might move out of the Chancellor’s mansion for Dominic and Abby’s sake.

If Devon warns that he might pursue sole custody of Dominic, Chance will for sure leave the mansion. Chance will feel that Abby should not suffer because of him and let Abby co-parent Dominic

with Devon only. Chance also feels that he doesn’t deserve Abby and his family, as we have seen talking to Rey about all this.

But very soon, Chance might feel distraught and look for support and meet Chelsea. He might confide in Chelsea about all of Devon’s drama. Moreover, Chelsea will listen to him and advise him on what to do and what not. Viewers know that Rey might not like it when Chance leans on Chelsea for support.

A Love Triangle In The Making?

The Young And The Restless viewers know Rey’s marriage with Sharon might also have a bumpy ride in the upcoming weeks because of Sharon’s continuous involvement in Nick’s life. We also know that Rey has always felt like an outsider in Sharon’s life. And now he is leaning towards Chelsea for support and comfort.

On the other hand, we know Chance’s marriage with Abby is also hanging from a nail. Chance feels that if he leaves Abby and Dominic alone, it would be better for everyone.

Soap opera fans also know that nobody in the soaps has been single for a long time, so there’s a possibility that a love triangle might be in the making between Chelsea, Rey, and Chance. We know that Chelsea is the only single woman in Genoa City right now with no love interest. So, the Y&R might be trying to build a love triangle with the trio.

Tell us in the comments below, Do you want Chelsea and Rey to be together or Chelsea and Chance? The Young And The Restless airs on CBS all weekdays. TV Season & Spoilers will keep you updated with romantic updates until then. So, stay tuned.